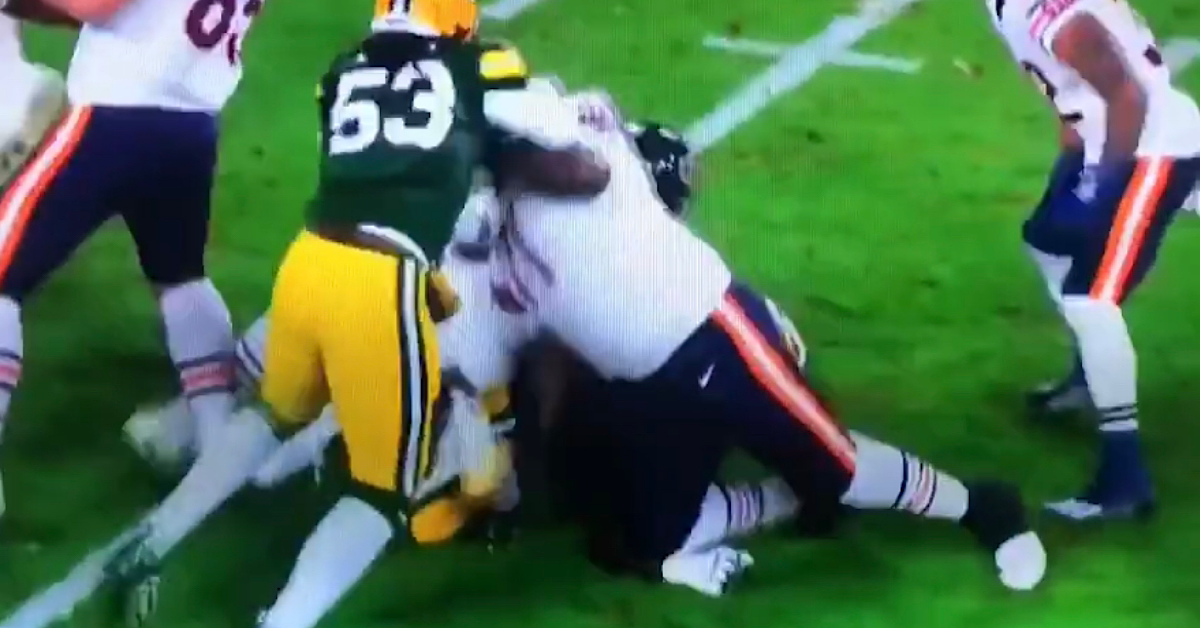 There was a time when I didn’t think Teven Jenkins would even play this season. After all, back injuries are tricky and surgeries can put a guy on the shelf for a long time.

But not only did Jenkins return from the PUP list, he even played on a pair of special teams snaps. However, Jenkins wasn’t given any playing time along the offensive line in his debut. A week later, Jenkins is getting his shot. Unfortunately, it comes at a cost:

#JasonPeters
This is why they say keep your feet moving. Classic rolled up on with likely mild high ankle sprain. Headed inside now. pic.twitter.com/5NNgKUCUr6

Left tackle Jason Peters left with a leg injury during the first quarter. Jenkins came in as Peters’ replacement, and the NBC broadcast showed the veteran lineman walking down the tunnel toward the locker room as the rookie enters the game. This isn’t how anyone wanted to see Jenkins get some in-game action at tackle. But this is where we are at the moment.

Hey, at least the Bears were able to turn that drive into points. It sure is better than the alternative.