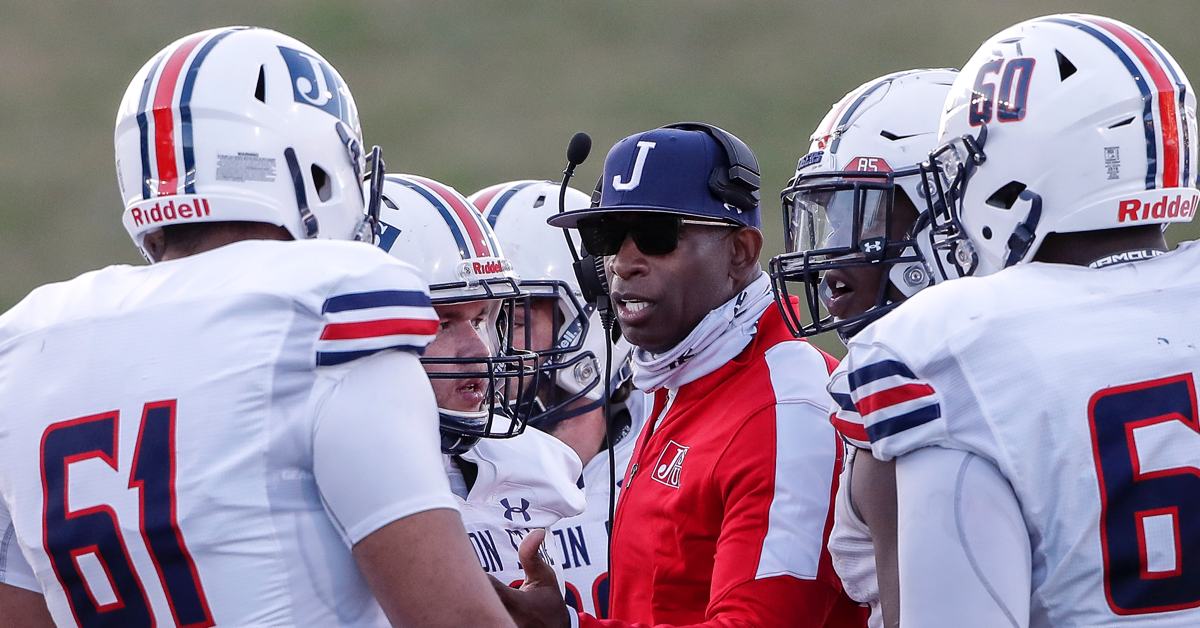 I think we’re witnessing a landscape shift when it comes to college football.

And if it is (indeed) what it appears to be, then Travis Hunter’s name will be one we remember for a long time:

Travis Hunter was high school football’s top player in the country by a bunch of different services. And traditionally, these types of players land at traditional powerhouse schools. So even though the Florida State football team isn’t what it once was, the Seminoles brand still carries a ton of weight. Which is why Hunter de-committing from FSU to attend Jackson State is a big deal.

Jackson State, which famously produced (among others) Bears legend Walter Payton, is now coached by Deion Sanders. The Hall of Fame cornerback – who played collegiately at Florida State – has a name that carries weight, too. In other words, we’re talking about a Pro Football Hall of Famer, coaching at an iconic HBCU, and landing the nation’s top recruit by swiping him from a power school. That should make your eyeballs pop out of your sockets.

And now, I’m wondering if we’re starting to see a changing of the tide. Let’s face it, Historically Black Colleges and Universities don’t tend to bring in these types of high-profile players. If the development of NIL rules allowing players to use their Name, Image, and Likeness to make some coin is what’s leveling the recruiting playing field and leading the charge for change, then so be it. Here’s hoping to some more wacky college signing day news.