Meyer's Mess, Crowds In the Hunt, Remembering a Trestman Goof, and Other Bears Bullets Skip to content 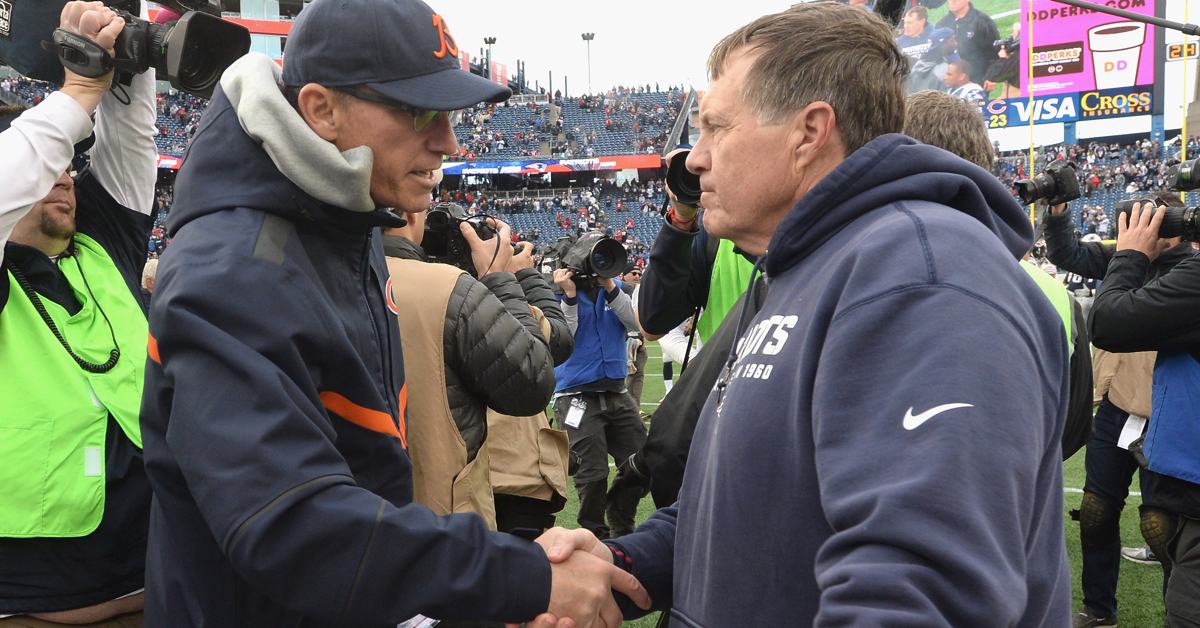 Woke up with this specific Taylor Swift song playing in my head this morning. I’ll be taking no further questions at this time.

•   Who needs coffee on a Saturday morning when more Urban Meyer news is here to charge you up:

Jacksonville fired its former HC Urban Meyer for cause, with the intention of not paying him the remaining four years of his contract, sources tell @JeffDarlington and me.

•   ESPN’s Jeff Darlington and Adam Schefter team up to report the Jaguars’ dismissal of former coach Urban Meyer was a firing with cause. That small designation figures to cost Meyer big money. Jacksonville firing Meyer with cause and with the intention not to pay him the remainder of his contract is an eye-opening decision. And one that will certainly bring lawyers into the situation. I’ll be curious to see how each side handles this one. It’s not as if Meyer didn’t pile up reasons to show why he was deserving to get put out from his gig.

•   Your NFL weekend resumes this evening with the Colts hosting the Patriots. Here is how the rest unfolds:

•   Unsurprisingly, Monday’s Bears-Vikings game wasn’t among the games the NFL was rescheduling on Friday. And I doubt it will be canceled. I get it. No one wants to watch Matt Nagy’s offense in prime-time. That is 100 percent understood. But the league has outlined its cancellation rules clearly, noting the NFL will force a forfeit if the postponement was caused by an outbreak of unvaccinated players and the league can’t find a suitable date for a rescheduling within the 18-week regular season.

•   Perhaps a more notable nugget in the NFL’s memo to its 32 teams is Tom Pelissero highlighting how teams responsible for cancellations because of unvaccinated players and/or staffers “will be responsible for financial losses and subject to potential discipline from the commissioner.” Now, that is how you put your foot down. Although, I hope it’s not too little-too late situation.

•   This will be something worth monitoring:

The next frontier is what the NFL and players' union does with Bears at Seahawks next week. Still on Sunday? Moved to Monday? Pete Carroll would certainly prefer the latter. He emphasized these decisions are between NFL/NFLPA. Teams largely reacting to NFL/PA decisions

•   Since they’re playing on Monday, the Bears will have just one more day of rest than the Seahawks. It’s not much, but it’s something I’m sure the Seahawks are aware of as they try to finish strong.

•   FUN FACT — The three opponents the Bears are playing over their final four games are all mathematically #InTheHunt for a playoff spot. As a bonus, so are the Bears:

Which of these teams has the best chance to make the playoffs? pic.twitter.com/SkDHAwTshI

•   Four of the five teams on Maurice Moton’s list at Bleacher Report of NFL franchises needing to make major offseason changes are in the “In The Hunt” graphic above. Parity, baby!

•   I can’t look at this graphic without thinking about the blown opportunities against the Niners, Steelers, and Ravens. The Bears had back-to-back-to-back games in which it held leads in winnable games, only to cough it up at the end. In the grand scheme of things, losing these games will likely result in Chicago making necessary changes throughout the organization. But if members of this regime ever finds itself looking back at what could’ve been, they’ll likely look at Weeks 8, 9, and 11 as the ones that got away.

•   We found ourselves discussing commentary from CB Jaylon Johnson, who said on a podcast that some players are “starting to go in the tank” as the Bears’ season spirals. However, Tashaun Gipson (via the Sun-Times’ Mark Potash) says that isn’t necessarily the case. If any unit has the horses to not fall down a wayward path, it’s probably the defense. A proud group that has done a bulk of the heavy lifting the last few years probably wants to put on, show out, and underscore how it wasn’t a problem. Then again, this unit — no matter how prideful — just might be on its last legs. Three years of ranking in the top-10 in scoring, yardage, and DVOA despite logging heavy work-loads because of an offense that couldn’t sustain drives might be enough to take a toll on some guys. This group deserves better, to say the least.

#Bears received a roster exemption for OT Elijah Wilkinson as he returns from the reserve/COVID-19 list. The exemption expires at 3 pm Monday. Chance he is in uniform for the game vs #Vikings.

•   We’re almost at a point where, if you own a Bears jersey, can pass a COVID test, and are willing to sign some waivers, then you are eligible to suit up for Monday’s game against the Vikings. All hands on deck!

•   I’ve been mad about football over the years. But nothing had me throwing my hands in the air with disbelief like when I learned Jimmy Clausen was starting for the Marc Trestman led Bears. Things were so off the rails by that point of the 2014 season, so I shouldn’t have been surprised. But the two-year Trestman run was the most disjointed Chicago’s football organization — from top to bottom — has been in my lifetime. Then again, if you can live through the Trestman debacle and the Dave McGinnis hiring fiasco, then I am certain you can live through anything as a Bears fan.

•   Brad Biggs (Tribune) reports Bears brought in some dudes for tryouts, with the most recognizable name being running back Bo Scarbrough. The Alabama product was a load for the Crimson Tide:

How many rushing TDs did Bama have?

Bo Scarbrough is a very tough man to bring down. pic.twitter.com/qe224K3FOg

Two sprints from Bo Scarbrough and the Tide are up early ⚡️ pic.twitter.com/qbkh1S3McR

•   With Khalil Herbert and David Montgomery missing practice earlier in the week due to illness, exploring break-in-case-of-glass options was a good idea.

•   This week haas been an exhausting one on the COVID front:

In all between active rosters and practice squads, 32 players went on the COVID-19 list today. All but one due to positive tests. Here are the active roster ones. pic.twitter.com/zudx75VQAI

•   The Nets turning to an unvaccinated player who can’t play games in New York as professional sports leagues deal with increasing COVID issues seems like a risk:

Wow: Kyrie Irving Is Reportedly Working on a Return to the Brooklyn Netshttps://t.co/LhySe5xMQa pic.twitter.com/bQhB3UoU6S

Whether it be Kyle Davidson or someone else, whoever the next GM is will have a hell of a decision on their hands next year regarding the futures of two of the franchise’s greatest players. #Blackhawks https://t.co/OwxWYOUJWh

•   Just because MLB is locking out its players, it doesn’t mean the offseason chatter stops: