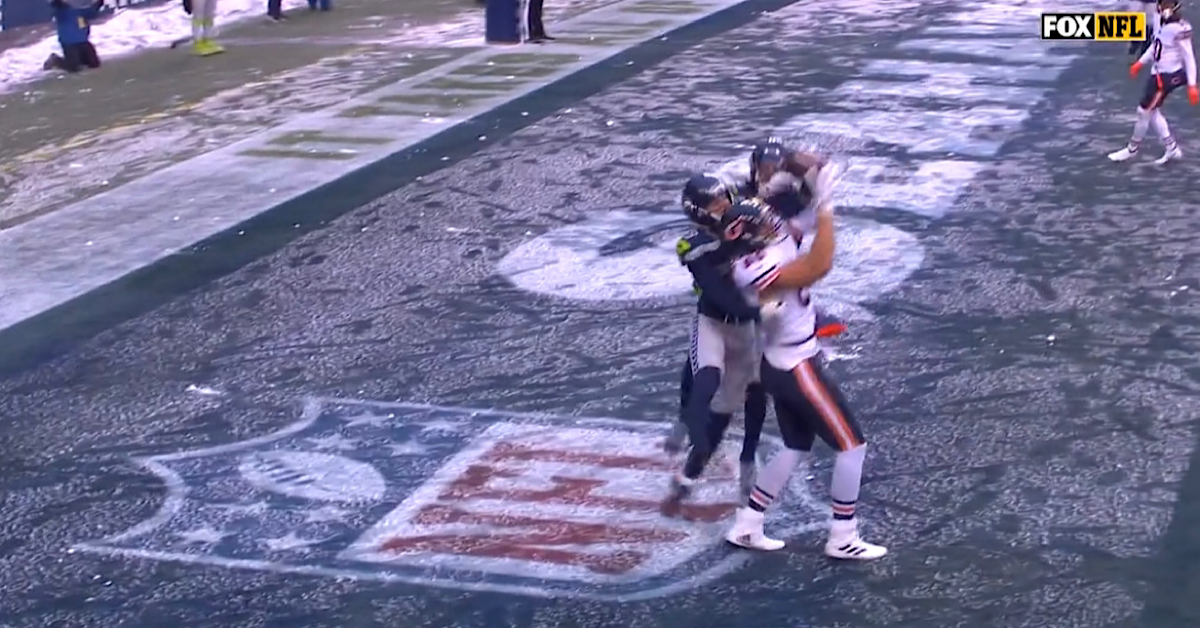 The Chicago Bears probably had no business winning that game. Not while going on the road. Playing in the snow. With their third string quarterback.

And with their backs against the wall, the Bears did this:

A touchdown pass from Nick Foles to Jimmy Graham was nice. It’s meaningless in the grand scheme of things. But Graham has been a consummate professional since arriving in Chicago. Meanwhile, Foles has not-so-subtly been digging at his head coach for quite some time. And that has made him an under-the-radar fan favorite.

But this an two-point conversion snag by Damiere Byrd takes the cake:

And more importantly, it helped deliver a 25-24 win against the Seahawks. It would be impressive if the victory did more than just get Chicago’s football team to a 5-10 record. Nevertheless, those flashes are a reminder of why we mean it when we say “on any given Sunday” … even if watching it was torturous.

I’ll say this for these Bears: They play hard for each other. And while they don’t give trophies for that, there is no harm in putting out good tape for the league’s other 31 teams.

At the end of the day, this won’t save Matt Nagy’s job. At least, it shouldn’t. But it entertained us for a moment. And isn’t that what football is supposed to do?