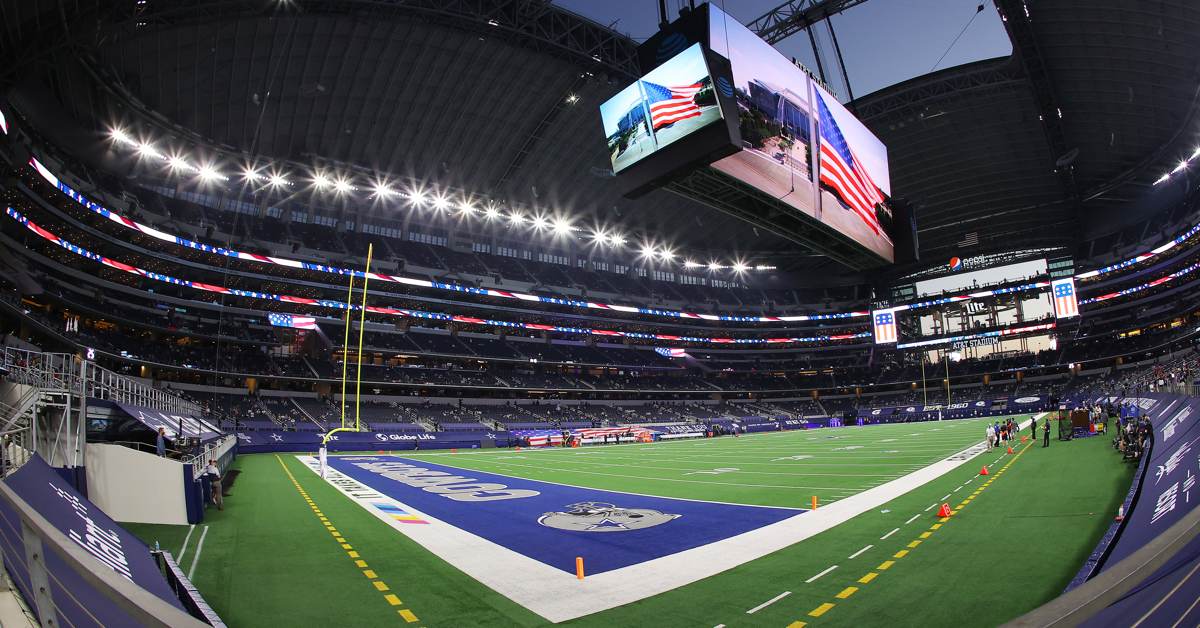 The 2022 Super Bowl is 39 days away and is scheduled to play at So-Fi Stadium in Inglewood, Calif., just outside of Los Angeles.

Unless, of course, it isn’t:

BREAKING: WFAA has confirmed that the NFL has reached out to AT&T Stadium to check on its availability as a possible backup 2022 Super Bowl venue; Arlington officials say the city is ready to host the game if needed.
https://t.co/S7gyeCqHxv

The NFL is creating contingency plans in case So-Fi Stadium cannot host Super Bowl LVI, according to WFAA’s Mike Leslie. Because, sure, why not? It’s always good to have back-up plans. Right?

Citing a Cowboys front office source, WFAA reports the team and league have had discussions about AT&T Stadium play host to the Super Bowl on the off chance that So-Fi Stadium can’t.

NFL Spokesman Brian McCarthy says this is something the league does every year. And while that makes sense, this feels a little bit different. Especially if COVID restrictions in California complicate matters in February. Essentially, the NFL is checking in with opportunities just in case things revert to what they were last year with California limiting crowds in public — which would include spectators at sporting events.

If it comes to it, that would make the Super Bowl the second large football gathering moved from California to AT&T Stadium in as many years. College football moved the Rose Bowl Game from California to Texas because of COVID restrictions. Because of the move, more than 18,000 fans were able to be in attendance for the game. Had it stuck in place, no one would have been able to watch from the stands.

At the end of the day, it sounds like the NFL expects to have the Super Bowl at So-Fi Stadium next month. But after the last two years, the league knows better than to not keep its options open just in case.