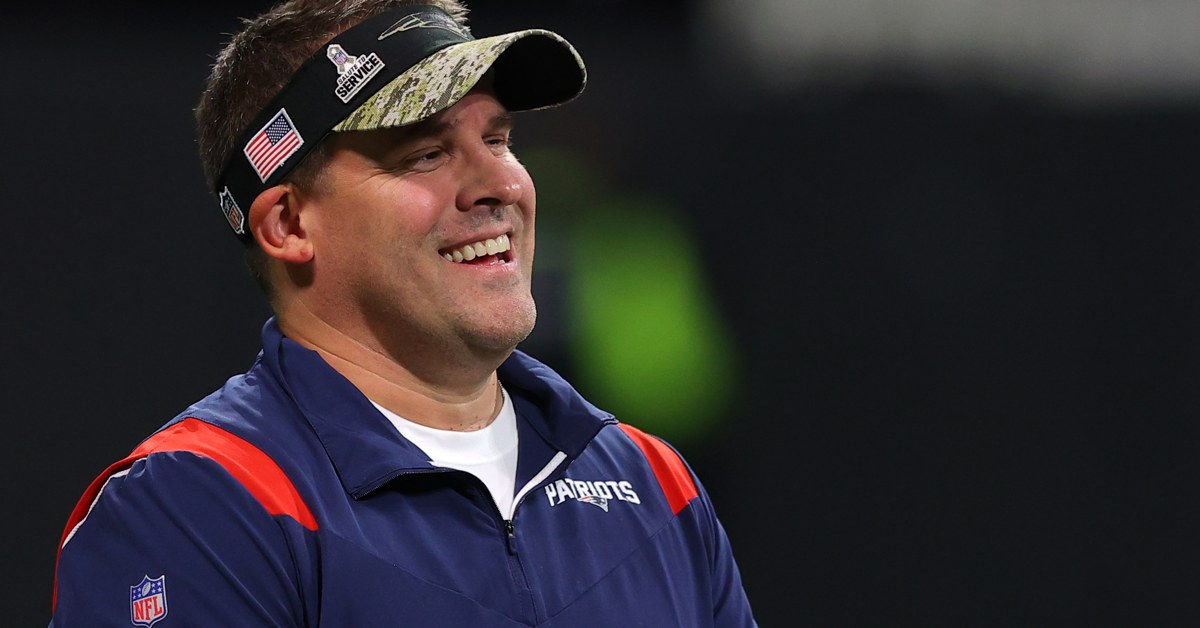 It bugs me that I haven’t taken a ton of time to thank you, our readers, for continuing on this journey with us. We launched BN Bears as The Ten-Yard Line back in January 2017, which means we’ve been in the trenches together going into our sixth season. There is no doubt we couldn’t have done it without you. So, thanks for hanging in with us.

In that vein, many of our long-time readers are familiar with Josh McDaniels as a Bears head-coaching candidate from their 2018 search. In fact, he interviewed with Ryan Pace four years ago this week. Time flies. There was even a moment in which there was a belief it was down to the Bears and Colts for McDaniels’ services. (McDaniels, of course, got the Colts job … but then didn’t take it, and instead returned to New England to serve under Bill Belichick.)

The Athletic’s Jeff Howe writes that McDaniels’ coaching stock is on the rise. Again. And the Bears’ head coach position will soon be open. Again. There are football people advocating for McDaniels to coach the Bears. Again. And that Chicago’s football team has a young quarterback who could use guidance from someone like McDaniels. Again. Isn’t it odd how timing works? Or is this is how it should be because time is a flat circle?

For what it’s worth, Howe is one of those people advocating for McDaniels’ head-coaching candidacy. He does so while specifically mentioning McDaniels making sense for teams recently making a draft investment in a QB. Know of any off-hand? Howe goes as far as to write the Bears – because of Justin Fields’ presence – should “strongly consider” hiring McDaniels.

After all, isn’t a pairing a possible franchise quarterback with an offensive-leaning QB whisperer a logical next step after bringing in said QB? That was one of the thoughts when the gig in Chicago was open in 2018, and I know how that argument didn’t play for many folks at the time, given McDaniels’ lack of success in Denver.

But there is at least one big difference between 2018 and now, and I’m just saying maybe we keep an open mind.

Last time McDaniels was a candidate, he was something of a second-chance guy who was molding offenses led by Tom Brady. But NOW, McDaniels’ résumé features crafting a scheme around a rookie quarterback. And it’s not just about Mac Jones being among the favorites to win the Offensive Rookie of the Year award. Instead, it’s more about the way the Patriots threw things on Jones’ plate, tackling his learning curve as the season developed. Bears fans should be envious of how the Pats went about handling that situation. And ownership in Chicago should have been taking notes and wanting to bring someone who has that sensibility.

There won’t be a more polarizing head-coaching candidate this offseason than McDaniels. We established that much in early December. I get it, I don’t deny it, and I’m not necessarily pushing him as my guy. His résumé has some red flags, but his work as the Patriots’ offensive coordinator sure is impressive. And perhaps so is the potential that he could bring a personnel guy (sup, Eliot Wolf?) along with him. At minimum, it’s time that we take notice and keep him in mind for when the Bears make Matt Nagy’s departure officially official.

This development is a testament to McDaniels’ growth after humbling experiences in Denver (as a head coach) and St. Louis (offensive coordinator) that ultimately led him to rebuild his résumé under Bill Belichick (again). I suppose McDaniels re-entering the hiring cycle as a hot candidate speaks to his presumptive maturation after getting cold feet right before backing out of the Colts head coaching gig. Much like development isn’t linear when it comes to players, growing up through the coach ranks can sometimes be the same kind of thing. Hence, McDaniels is back on coaching radars.