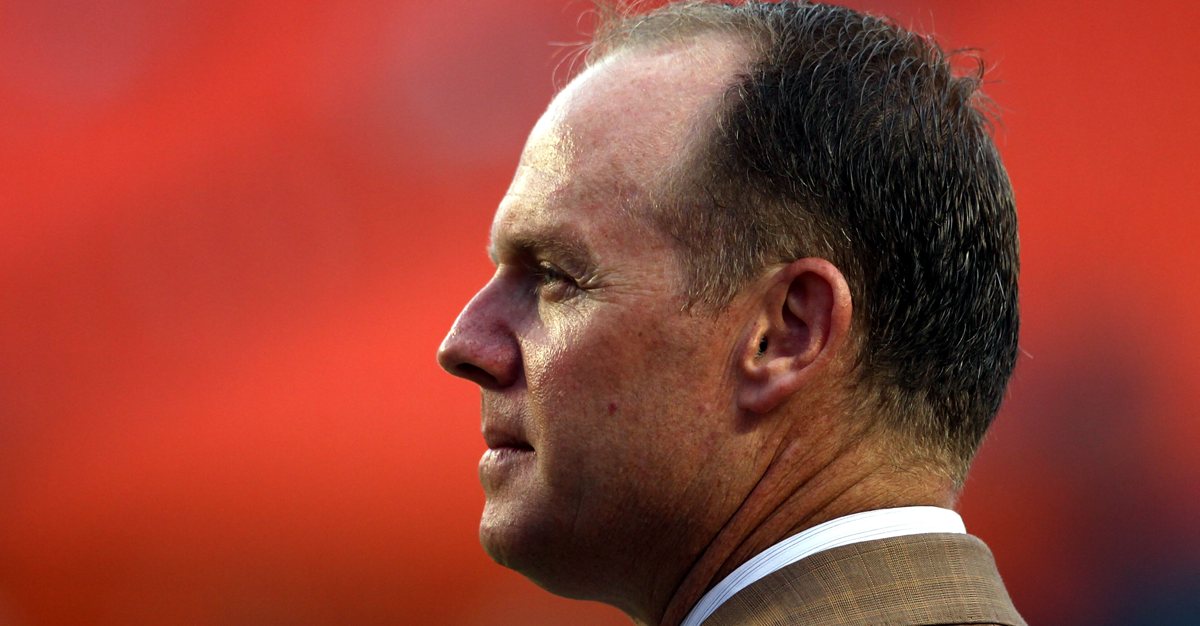 Three football seasons have passed since Matt Nagy and Ryan Pace won top honors for their efforts in leading the 2018 Chicago Bears to a 12-4 record and NFC North title, and the time has come for the franchise to find their replacements.

Despite this team’s issues, the head coach and general manager vacancies are highly sought-after. And with Super Bowl winning Hall of Fame executive Bill Polian lending a helping hand, the Bears are in a position to make some impact hirings. Over the following days, weeks, or however long it takes, we’ll be diving into the top available candidates, including their history, what they offer schematically, how they fit culturally, where they can take this team, and more. Let’s do it.

If the Bears have an eye for someone with prior experience, then Ireland is a sensible candidate. He held the GM title in Miami while Bill Parcells was overseeing operations. And in his first season, Ireland saw the Dolphins win the division, make the playoffs, and win 11 games after a woeful 1-15 season. But it was the only winning campaign of Ireland’s tenure. Miami put up three 7-9 campaigns, a 6-10 mark, and an 8-8 record after that magical first season. Oof, that’s a familiar feeling for Bears fans.

Since then, we’ve seen Ireland rebuild his portfolio with the Seahawks (in a consultant role) and Saints (running the college scouting department). Considering New Orleans’ success on draft weekend during his tenure, Ireland has done well to get back to a place where he is getting GM consideration.

The ties don’t get any more Bears-y than this:

The #Bears will interview #Saints VP and assistant GM Jeff Ireland for their vacant GM job tomorrow, source said. A former #Bears ballboy for training camp in the 80s, he has a picture of Walter Payton on his desk. Ireland’s grandfather Jim Parmer, was a longtime Chicago scout.

It feels like Ireland might’ve been sniffing around the job for a hot minute. And culturally, I suppose Ireland is a fit. Former ballboy who grew up idolizing Sweetness, whose grandfather was a scout for the franchise’s best modern-era teams, and has an interest in restoring the glory is the stuff of narrative dreams. And if Ireland has learned from his past and can apply what he has picked up since being jettisoned from Miami, it would make for a tremendous story. At minimum, perhaps hiring a GM with a heavy scouting background could lead to NFL Draft weekend being more fun around these parts.

But there’s a but … as there always seems to be.

Before I even realistically consider Ireland for a Bears gig, I’d like to hear reflections about his pre-draft incident with Dez Bryant. If you’ll recall, Ireland, while serving as the Dolphins’ GM, had to apologize to Dez Bryant for asking whether his mother was a prostitute. It was an ugly moment at the time and it’s not something that would fly in 2022. If Ireland is contrite about the experience, then I can be talked into being comfortable with the hire. Otherwise, I don’t like how uneasy this makes me feel.

Ireland checks boxes that most would assume Bears upper management would want. Someone with previous experience at the position? That’s a plus. A candidate with prior Bears ties? That tracks. An interview with someone who wants the job? Definitely a positive mark. But Ireland’s time in Miami wasn’t all that successful. And there is no way to completely attribute the Saints’ success on draft day to Ireland. This isn’t to say Ireland isn’t intriguing. He is. It’s just that it is also fair to be wary of a second-chance candidate with considerable baggage. I’ll be curious to hear how this interview goes.