Messy FA Fits to Avoid, Fields Back to Work, First Ever HBCU Legacy Bowl, and Other Bears Bullets Skip to content 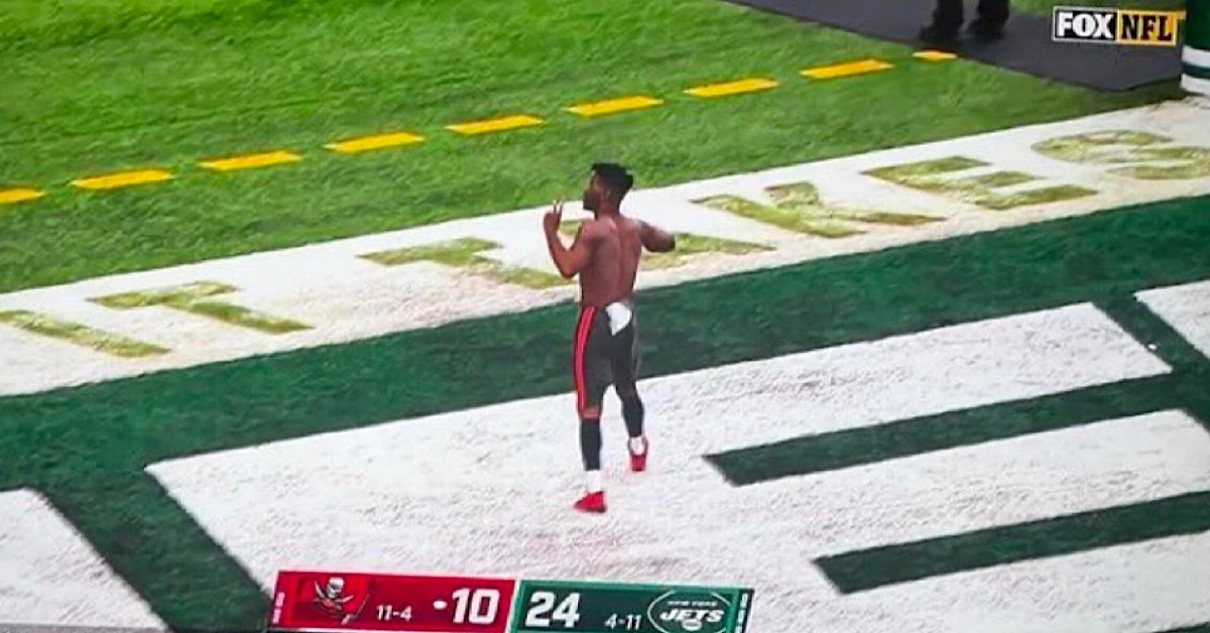 It’s the first or many Sundays this offseason that won’t feature any football. We’ll do our best to fill the void in the meantime. But what can we watch as a community on Sundays that will help bridge the gap? I guess tonight’s NBA All-Star Game being entertaining would make for a good start.

•   Who needs coffee when you’ve got Justin Fields IG posts showing that the rising second-year quarterback is already putting in offseason work:

•   Anecdotally, Fields has the swagger, skills, and work effort that you want from your quarterback. The Super Bowl was seven days ago and Fields is back in the lab. And looking good while doing so (seriously, those shades are 🔥).

•   I’d call it highly unlikely that Fields will be throwing to Allen Robinson II in 2022. But the projected cost of doing business is far lower than what it would’ve been at this time last year:

•   Part of me envisions Robinson asking for more out of his next contract than the 3/$48M. But on the other hand, I can envision Robinson taking a one-year pillow contract, rebuilding his player stock, and then re-entering the market a year from now. And if Robinson can put up a year that looks more like 2020 and less than 2021, he’ll get something in the range of what he was reportedly looking for before last season tanked his free agent stock.

•   As for free agents who could conceivably be on the Bears’ radar, Jake Rill (Bleacher Report) has three the team should avoid on the open market. And while all three suggestions play positions of need in Chicago, none are fits for these Bears moving forward. For instance, Antonio Brown, while talented, makes no sense for what the Bears are right now. Even if he was, I’d question the locker room fit considering his recent issues the Bucs, Raiders, Patriots, and Steelers. I imagine it might be hard to pitch him a fit when it is impossible to ignore the most recent issues. The Bears have enough issues at hand, potentially compiling them with Brown wouldn’t be the best idea.

•   Nate Solder also makes Rill’s list. And while Khalil Mack does this to a lot of people, this moment disqualifies Solder in my eyes (even if it’s kinda silly to think/operate in this manner):

•   Kyle Fuller makes this list, too. Fuller, while a superb corner during the Vic Fangio era heyday in Chicago, lost his job as a starter in Denver and was relegated to spare usage with the Broncos. That’s not a good last impression to leave before re-entering the free agent market. I suppose Fuller could make for a nice bounce-back candidate. And considering how the Bears should be pouring significant resources to fix the offense, perhaps finding corners on one-year “prove it” deals for players like Fuller would make sene for this team. It doesn’t have to be Fuller, mind you. But given the names above, Fuller makes far more sense as a fit than Solder or Brown. Anyone have an interest in a reunion?

•   A former Bears coach calls it a career and gets some love from a prominent former player:

Heres to the greatest Linebacker coach I've ever had…and if he coached you, you would say the same. He coached the details like a maniac. It was his explanation of the "why" that motivated me to run through brick walls for him. Cheers Bullet! https://t.co/wwOgFCLjkc

•   Bears linebacker Christian Jones turning his desire to learn about his roots into something he is sharing with others is pretty cool:

•   If you didn’t get enough Bears-centric mock draft/prospect chatter yesterday, here is some more for your pleasure:

•   This feels like significant movement from the NFL when it comes to the Scouting Combine:

The NFL scouting combine just informed draft prospects they’ll be in a “bubble” in secure locations next month in Indianapolis, with limited exceptions: “Players who violate this policy at any time will be disqualified from further participation and sent home.” From the memo: pic.twitter.com/oThXaLSCQ7

•   The HBCU Legacy Bowl was a treat:

•   I hope the Blackhawks don’t follow the Nagy plan of not handing the keys to the young guys when it is obvious that time has come:

It’s Time for the Blackhawks to Hand Some of That Valuable Ice Time Over to Their Young Defendershttps://t.co/VPoHpQHJwN pic.twitter.com/cZjbNp1q3r

•   The dunk contest was so disappointing, the Bulls making it officially official with Tristan Thompson captured my attention for a longer stretch.

•   Ian Happ is right — baseball fans deserve better than what they’ve been getting: