Rebuilding the WRs Room, New-Look Offensive Linemen, What A Difference a Year Makes, and Other Bears Bullets Skip to content 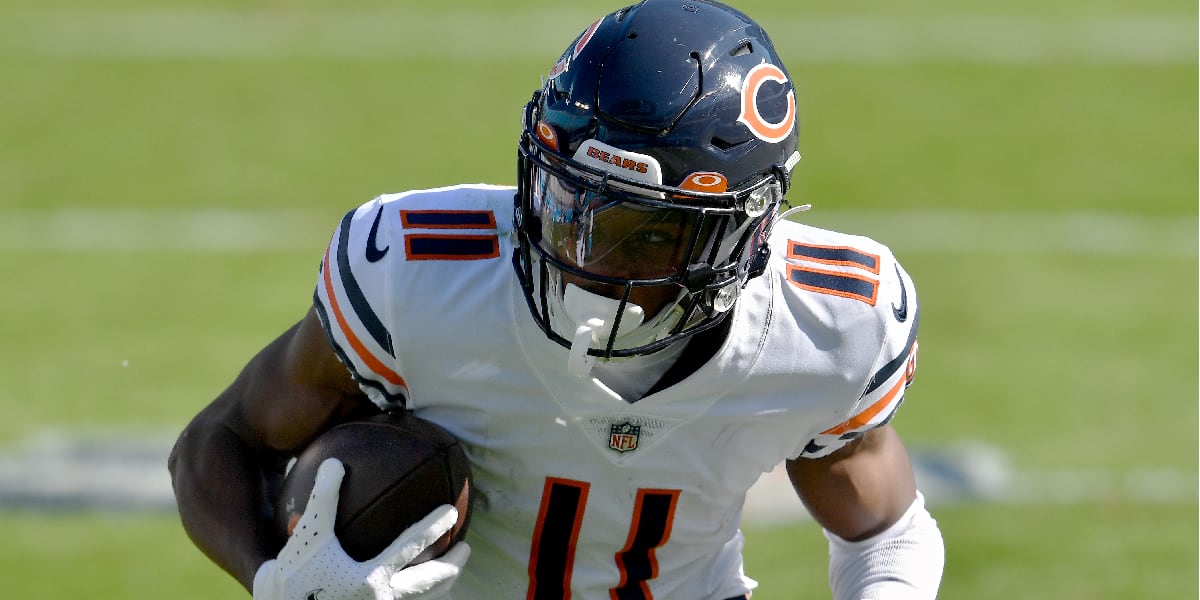 Not having baseball spring training things on in the background is really throwing off my clock. Get it together, MLB.

•   What a difference a year makes:

Buzz I got from talking to people at the combine is that there is excitement around Ryan Poles and Matt Eberflus. The duo has work to do to build up this roster but people think highly of the duo. #Bears

•   Sure, it is early in the process. And it is easy to feel good vibes this time of year. But hearing the positive feedback at this stage of the game is an improvement to where we were this time last year. Ryan Pace was entering a lame-duck year with no signs of an escape route that could land him an extension. And Matt Nagy’s seat was starting to get hot.. The Bears were in a tedious position at this time last year as a rudderless ship. At minimum, it feels good to not be in that place any more.

•   Think about it. You’d have to have done something really wrong to get negative reactions about hires at this time of year. I’m glad the Bears haven’t fallen that far.

•   Is it me or is NFL Combine Week dragging? Maybe the NFL making this into a major event production is making it feel like there is more going on. In any case, Joseph Michalitsianos (NBC Sports Chicago) has a rundown of the need-to-know drills that still need to take place. It is wild to think about how numbers on a sheet that share results of 40-yard dash times, bench press reps, jump lengths, and more will be a determining factor on where so many of these players will land on draft weekend.

•   This is exciting news for the player (and the many teams who could show interest):

Alabama WR John Metchie III says that he expects to be cleared from ACL surgery in June, making training camp and a full rookie season a possibility. pic.twitter.com/fT89P2KmVf

•   John Metchie III has the potential to be the steal of the upcoming NFL Draft. If he gets the green light from a team medical perspective, there is so much potential in a dynamic playmaker when he gets the ball. We discussed Metchie (and other potential receiver fits) in a recent mock draft round-up.

•   The Bears must re-shape their wide receivers room, writes the Tribune’s Dan Wiederer. By re-visiting the Super Bowl and Matthew Stafford’s force-feeding Cooper Kupp on the Rams’ championship run, Wiederer drives home the importance of having the type of pass-catcher a quarterback can lean on in tough times. Or as GM Ryan Poles made reference to, the kind of receiver who can bail out a young quarterback. It is notable that these pass-catchers come in all shapes and sizes. Some might want smaller, quick-twitch guys who are hard to corral in the open field. Others might prefer big-bodied go-up-and-get-it guys. But the reality is that a good offense has a mix of all sorts of receivers. Let’s keep that in mind before we get to locked into a particular “type” for this offense.

•   Chris Olave would be down to catch passes from Justin Fields again. Of course, he isn’t alone. Garrett Wilson, another Ohio State product, feels the same way. “If that would happen, that would be awesome,” Wilson said, via the Sun-Times’ Patrick Finley. “I haven’t really thought about where I’d be playing. Anywhere would be a blessing. Definitely to link back up with Justin at the NFL level would be a dream come true, for sure.”

•   Before you start dreaming those big dreams, Finley (Sun-Times) points out there is an expectation that Wilson will be off the board well before the Bears get a chance to make their first pick. CBS Sports (WR1), Pro Football Focus (WR2), and ESPN’s Mel Kiper Jr. (WR3) all have Wilson ranking high enough to where he is a virtual lock to go in Round 1. The Bears do not have a first-round pick. Moreover, I don’t think they are in a position to be trading future draft capital to get a first-round selection. Olave’s ranking (PFF-WR4, CBS-WR5, Kiper-WR5) puts him in that fringe area where you can see a path to Olave dropping out of Round 1. It is a fuzzy path, to be sure. One that needs breaks to go the Bears’ way. But it isn’t wholly out of the conversation.

•   We can riff about receiver help until the cows come home. But as Bleacher Report’s David Kenyon reminds us, not re-working the offensive line is a mistake the Bears need to avoid making (again). Hopefully, a new regime doesn’t make the same missteps their predecessors did.

•   This generation of offensive linemen is built different:

•   Good for the Cardinals, but they’ve still got another important extension to sign off on:

We have reached agreements on contract extensions with GM Steve Keim and Head Coach Kliff Kingsbury.

Each is now under contract with the team through the 2027 season.

•   As far as I’m concerned, these guys should be meeting every day until this conflict finds resolution with the start of a new MLB season. So meeting today feels like a good start:

Lead Negotiators for MLB and the MLBPA Will Be Meeting Today – https://t.co/oZdcaRj7aM pic.twitter.com/Kfl56qyQ8f

•   Down the stretch we come in the NBA’s regular season:

Nothing can replicate a postseason atmosphere, but if the Bulls want to make a deep playoff run, they have to try to learn every lesson they can over their final 20 games.

Some thoughts as the playoffs near ⬇️https://t.co/lvgDRh0SSM

•   This sentiment is unexpected. But when you play in one city long enough, maybe it shouldn’t be: