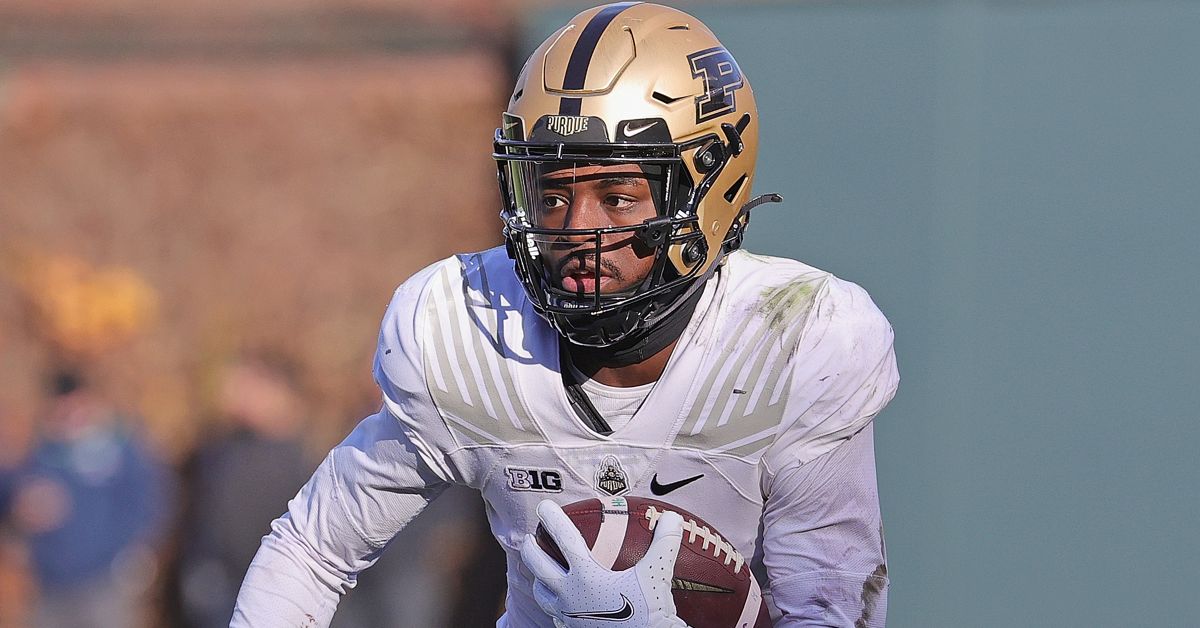 It’s not as if Bell is some late-riser, either. Bell has been getting it done from the get-go, earning Big Ten Freshman of the Year honors and a second-team all-conference spot in 2019. As a true freshman, no less.

Showing out as a freshman is impressive. And following up with two years as a stud receiver, racking up accolades suggests that Bell might have something cooking. After all, it is generally seen as a good sign to dominate at a power conference school from an early age and carry it throughout your college experience. And at a good Big Ten school? Against teams that churn out pro corners on the regular? That’s nothing to sneeze at, my friends.

But could some painfully slow 40 times (by wide receiver standards) muck up his draft stock?

At first glance, these 40 times will do him no favors:

David Bell says he ran a 4.69 40 at #Purdue Pro Day; wanted to run 4.52-range; feels he is best route-runner in draft; thinks his film speaks for itself; would like to play with hometown Colts.

The NFL is a speed game. And we’re seeing so many teams form players with raw speed into useful and explosive pieces in the offense. As the league leans into this trend, it threatens to leave players like Bell on the outside looking in. But where some see a crisis, others might see an opportunity. Because, where Bell’s draft stock might take a hit, it is possible that tumble could allow him to fall into the laps of a receiver-needy team.

Bell has been sent to the Bears in a handful of mock drafts. Hence, my feeling that this makes for a good opportunity to discuss this matter.

I find it notable that Adam Hoge (then with NBC Sports Chicago) and NFL media draft analyst Chad Reuter put Bell and the Bears together in the third round in recent(ish) mock drafts. Other mock drafts (including some we discussed here) were pegging Bell as a second-rounder. And if you go back to mock drafts from the college football regular season, you’ll find some analysts who had Bell as a first-round caliber talent. All this to say that the Bears could very well stumble upon a mega-value if Bell slips in the draft. Again, I realize what those 40-yard-dash times hint at when it comes to Bell’s future.

Maybe a slow time sinks Bell’s stock. It wouldn’t be the first time that happened to a receiver. It shouldn’t that make him a less viable draft prospect, especially in the eyes of receiver-needy teams. A strong track record in big games and an impressive list of accomplishments against good college competition should be enough to keep Bell as an option on draft weekend.

What if Bell is a better football player than he is a 40-yard-dash-runner? That is plausible. I mean, there has to be a point where good game tape exceeds the importance of showing raw speed. Is there a point where a poor showing as a straight-line runner supersedes the importance of football skills? It feels like walking a tightrope when trying to properly answer this question. Obviously, speed matters. But the NFL is full of examples where ridiculous raw speed doesn’t translate into excellence on the football field.

In the end, then I hope the Bears are ready to pounce if they still have long-term receiver needs and Bell happens to be the best player available when they go on the clock.