DHC and Flexibility, Bates Blessed By Bills Match, Trubisky's Next Battle, and Other Bears Bullets Skip to content 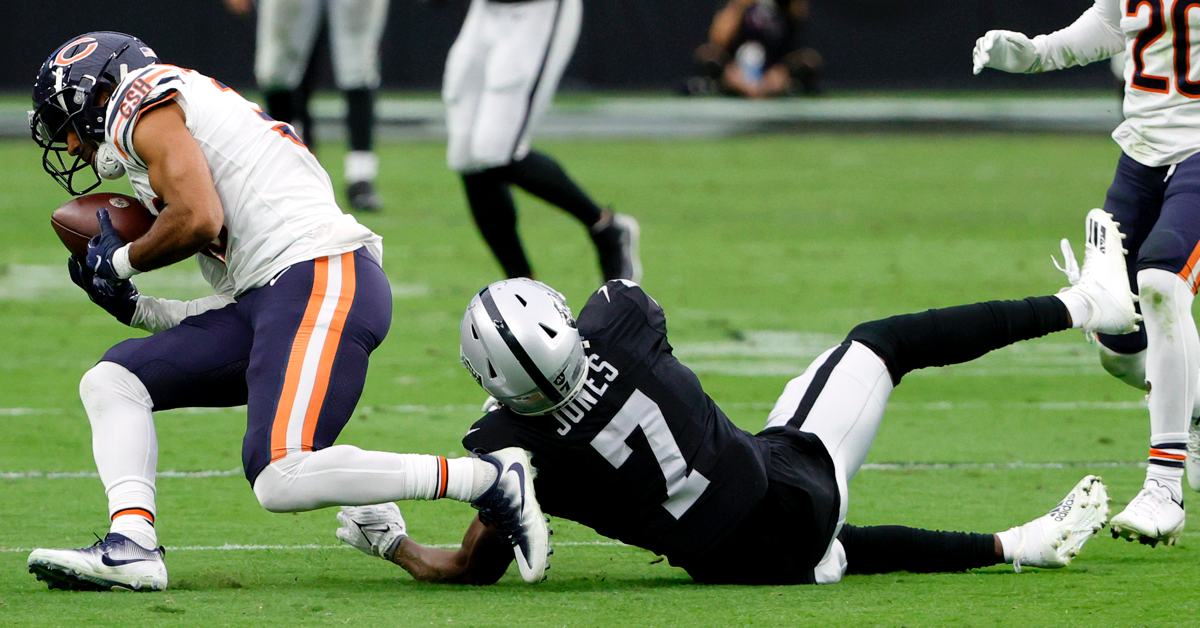 Only one more sleep until baseball. But I have so much I want to discuss in the football world.

•   If you think the Bears are starved for receiver help, just know it could be worse. Jets fans who were trying to tweet an A.J. Brown trade into existence are in shambles right now:

The Tennessee Titans are not shopping or taking calls on WR A.J. Brown, per sources. GM Jon Robinson made it clear at the owner's meeting they are currently working towards keeping Brown a Titan for the long term.
I'm told this has not changed.

•   While the trade market remains fluid, Alex Shapiro (NBC Sports Chicago) hashes out why a Brandin Cooks trade wouldn’t make sense for the Bears. There is a point to be made about the value of dealing draft capital for an established player. Keep in mind how the Los Angeles Rams built a Super Bowl winner by using 1st and 2nd round picks to bolster a title contender. But there is also a point to be made for player fit. If Cooks gets dealt before the start of the upcoming season, his next team will mark his fifth different squad in seven years. Cooks certainly has a track record of success, but he isn’t sticking around anywhere for long enough to be a part of something that gets built. And I can’t help but wonder if that should take him off the Bears board altogether.

•   It still chaps my behind that the Bills matched the offer sheet for restricted free agent offensive lineman Ryan Bates. But it sure sounds like Buffalo was where he wanted to be, which is something he made sure to tell GM Brandon Beane before this whole offseason process began (via the Bills’ website):

“I told Beane at the end of the season, I want to be a Bill and I want to stay in Buffalo,” Bates shared. “And thankfully, it came to the conclusion where I get to stay in Buffalo for the next four years, which is an unbelievable opportunity. I’ve created a lot of relationships in my past three years in Buffalo and these next four I’m going to create even more, so just looking forward to it.”

•   I guess I can’t blame him, but I sure would like to hear players talk about Chicago in this manner sooner, rather than later.

•   As for dudes on the Bears roster, I’m still digging what DeAndre Houston-Carson brings to the table:

10th highest by a Safety 🔒 pic.twitter.com/2HsfxMAr61

•   If the 2022 season is going to be one where learning who deserves to stick around for a more competitive 2023 season is going to be our hook, then I want to see more snaps for guys like DHC. And in different roles, too. Houston-Carson took snaps at both safety spots, multiple cornerback positions, linebacker, defensive line, and other places in defensive formations. Let’s see how far a new defensive scheme can push this guy. Clearly, he is impactful in small dosages. So why not find out what he can do if given a longer leash and more responsibilities.

If 2022 is gonna be a year where we try to figure out who’s worthy of sticking around for 2023 and beyond, I hope Jesper Horsted gets more than 6 stinking offensive snaps in Luke Getsy’s scheme.

Can’t make plays like this when coach has you inactive. pic.twitter.com/qooxf50hTn

•   Let the kids play! Even if they aren’t really kids any more.

•   Bleacher Report’s list of players who could be on the cut block is another place I’d like to see the Bears unearth some unexpected value. GM Ryan Poles has made it clear that he likes players with a chip on their shoulder. And a few of the guys mentioned in the BR post will have boulders if they are cut anytime soon.

Remember Mitch Trubisky talking about coming into Pittsburgh and leading right away? He’s having the #Steelers pass-catchers and the other QBs (Mason Rudolph and Dwayne Haskins) down to his FL home this weekend to throw and hang out. I’m told RB Najee Harris is going too.

The #Steelers have been one of the most interested teams when it comes to QB draft prospects and it all picks up soon: Cincinnati QB Desmond Ridder flies to PIT tonight for a visit tomorrow and then UNC QB Sam Howell has his #Steelers visit on Friday. Steelers pick 20th overall.

•   It feels like, based on how teams have been treating Trubisky the last two offseasons, that the NFL is telling us how it feels about who Mitchell Trubisky is as a quarterback now and hinting at what his career path could be moving forward. To be clear, I’m still rooting for Mitchell Trubisky to get a shot now that he has a clean slate in Pittsburgh. What a story it would be if his career could make a 180-degree turnaround after how things came to an end in Chicago. However, it is becoming apparent that he’ll need to hold off an upstart contender in Pittsburgh order to do so.

•   Over at Cubs Bullets, Michael makes a pitch for one of those deep tissue massage guns, which are among the Deals of the Day at Amazon. I’ve been wanting one, but never knew anyone else to have one for themselves. It’s not a peer pressure thing, but it’s good to know someone you know who signs off on something before you get it for yourself.

•   The Bulls are BACK in the playoffs:

•   And Marian Hossa is back with the Blackhawks (if only for one night):

Marian Hossa to Sign a One-Day Contract and Retire with the Blackhawkshttps://t.co/nkgLmWpunM pic.twitter.com/q2Fi0Fk9P5

•   Eventually, the iconic statues at Wrigley Field will be back on hallowed grounds. And when they do return, they’ll be placed at something called “Statue Row” moving forward: