Nall Rides Out to Big D, Adams Packs a Punch, Remembering Haskins, and Other Bears Bullets Skip to content 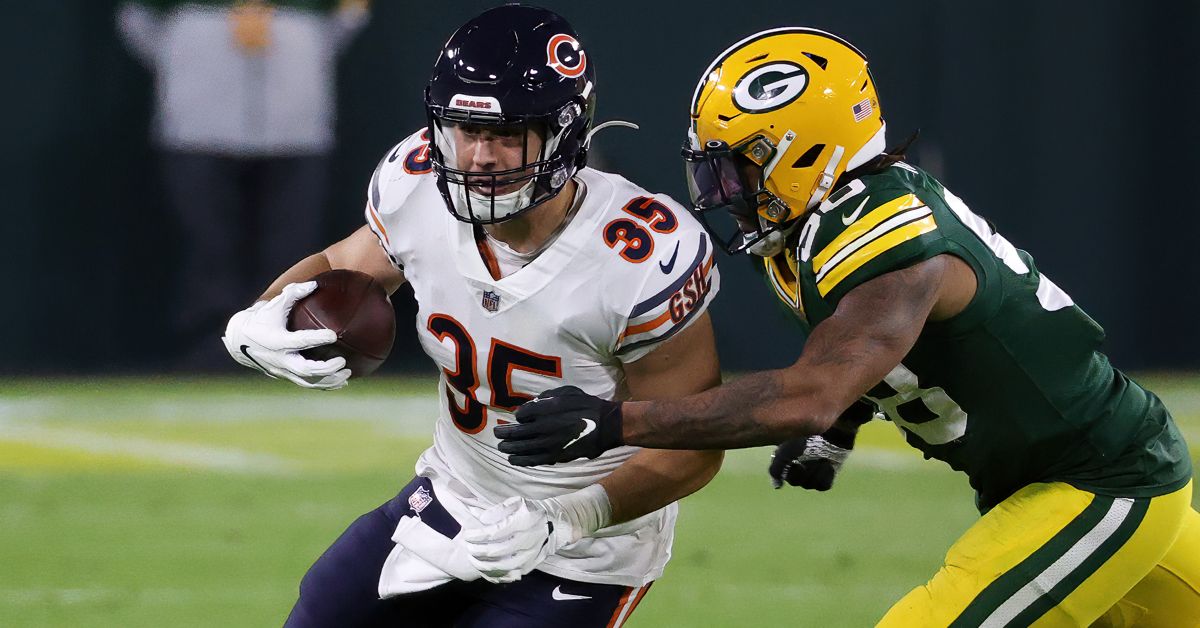 Nothing like a Friday afternoon flirtation with snow to put into perspective how lucky we were Thursday to get Opening Day in without a hitch at beautiful and historic Wrigley Field.

•   News of Dwayne Haskins’ sudden death was a gut punch. But in his passing, he left many with positive moments to remember him by, which serves as a reminder to live fully:

He loved his family, he loved his teammates, he loved the game and he will be greatly missed. Prayers to the family of Dwayne Haskins.❤️ pic.twitter.com/IoN7nBHga1

A statement from Steelers’ HC Mike Tomlin on the tragic death of Dwayne Haskins: pic.twitter.com/cqvgqekvnJ

•   There is no smooth transition from the top of Bullets to the rest. So, instead, I’ll share this thought: Life is fragile, and oftentimes, too short. We should make the most of it while we can.

•   Matt Adams is the Bears’ newest linebacker-slash-special teams ace. But he also has skills that could be useful off the football field:

Matt Adams carries his right hand way too low. Plus, he gives up a considerable height and reach advantage to EJ Speed. But Adams makes it up with superior footwork, agility and his ability to close the gap and deliver the knockout punch. #Colts pic.twitter.com/yxMSVUOkNo

•   As Colts legend Robert Mathis points out, this is some playful sparring between teammates. But Adams has good hands and quick feet, which allow him to pull off the KO punch in the end. So whenever you draft a team of Bears players you want to fight to defend your honor, remember what Adams is capable of doing.

•   Just in case the Bears have the bright idea of signing more former Colts, it is worth noting that left tackle Eric Fisher, wide receiver T.Y. Hilton, and cornerback Xavier Rhodes are still free agents. You know. Just in case you want to keep filling spots on the roster with old friends you have familiarity with from Matt Eberflus’ previous stop. And if Ryan Poles wants to tap into some of his old connections, defensive back Tyrann Mathieu is still lingering out there on the open market. Mathieu would certainly fit the mold of do-it-all defensive backs that the Bears appear to be rounding up for their squad.

•   With Ryan Nall off to Dallas, the Bears will need to find another running back who can carry the burden of being a training camp/preseason star:

And he’ll always have this TD, which actually happened in the regular season. https://t.co/vu1X4h5i3n

•   Nall’s time with the Bears was fun to follow. An undrafted free agent in 2018 out of Oregon State (which is far from being a football hotbed) where he was a fullback, Nall transitioned into a reserve running back role. And while he was given just six (6!) career carries, Nall found a niche as a core special teams contributor and has since ridden that toward a second NFL contract. Good for him. And good on the scouting and development staff that helped get the ball rolling in the first place. I imagine Bears fans will wish him well on his new endeavors. At least until the Bears and Cowboys square off later this year in JerryWorld.

•   Some deets on Ryan Griffin’s contract with the Bears:

•   I was going through Griffin’s history when it hit me that Mike LaFleur was his offensive coordinator with the Jets last year. Mike’s brother, Matt, is the Packers’ head coach. Before joining the Bears this offseason, Luke Getsy used to work for Matt in Green Bay. It’s kinda funny how these connections shake out.

•   Roblox, belts, and more are your Deals of the Day at Amazon. #ad

•   In an ending so wild, I couldn’t put it into words in the group text thread, Javy Báez walked off the White Sox in his Tigers debut:

Of Course: Javy Báez Just Walked It Off (By a Matter of Inches) in His First Game with the Tigers – https://t.co/x6rcmEcMO4 pic.twitter.com/GnZA9KebZd

•   The Bulls are in a mega-funk, but as Eli writes at BN Bulls, it sure would be nice to see Patrick Williams and Coby White string together something positive in the finale.

Derek King on the Blackhawks' six-game losing streak: "Some of these guys don’t have any urgency. They’ve got to get urgency in their game and show what they can do if they want to stay in this league." https://t.co/WlvAVpTL0h