Justin Fields and Fantasy, More For Mooney, Dome on Lambeau? And Other Bears Bullets Skip to content 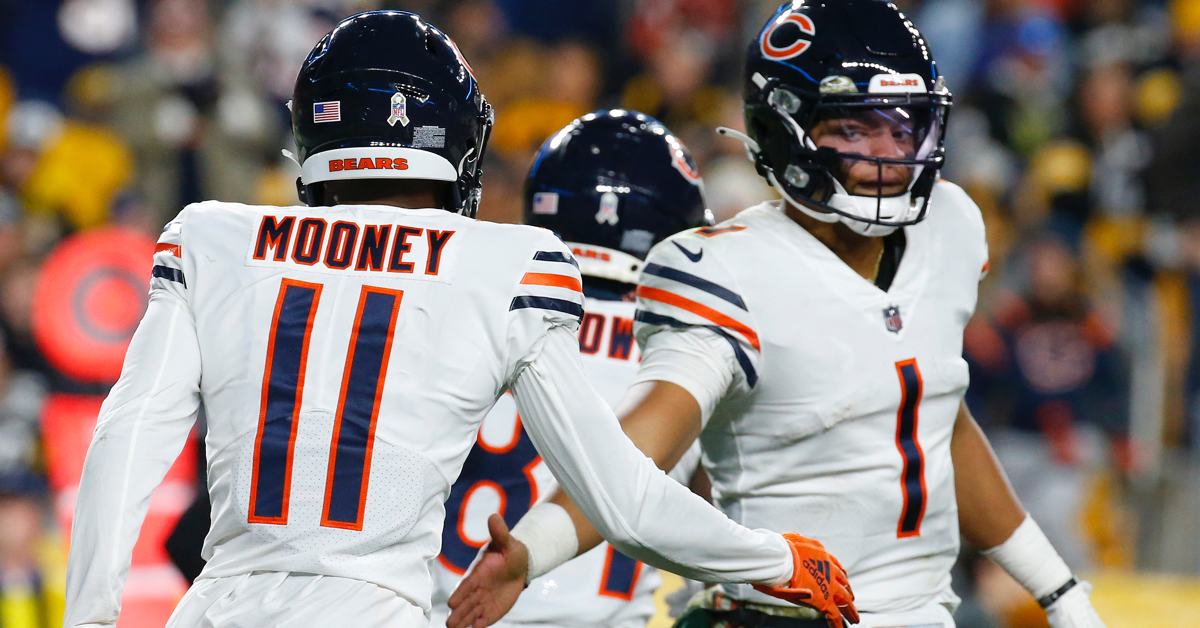 I woke up today clinging to a 7.1-point lead in my head-to-head fantasy baseball matchup. You can throw out the record books when Trader Lu and Dirtbags get together. And while I would usually find myself obsessing and refreshing until the end of today’s games, I’ve got some other plans that will keep me busy. Happy Sunday. There aren’t too many of these left that won’t feature some football fun.

“Fields finished as a top-12 fantasy quarterback in his lat four full games in 2021, averaging 21.7 fantasy points per game. He also averaged 56 rushing yards per game over his lat six. All in all, Fields’ averaged 35 rushing yards per game during his rookie season. The last three rookie QBs to do so? (Cam) Newton, Josh Allen and Robert Griffin III. They all finished as top-12 fantasy quarterbacks in their second seasons, with the two former QBs finishing in the top-6.”