The arrow was pointing up briefly for Velus Jones Jr. when he was on the injury report practicing (albeit with limitations) to start the week.

Unfortunately, back-to-back missed practices have him with a “doubtful” designation for the Bears-Packers showdown on Sunday Night Football. Jones, a third-round pick in last April’s NFL Draft, is at the top of the Bears’ depth chart as a return specialist. So, not only are the Bears on the cusp of missing out on a pass-catching option for Justin Fields, it looks like they’ll also be without their top return option. It’s a double-dip of bad news for a player we’re looking forward to seeing make his NFL debut.

But at least he had this going for him:

Head Coach Matt Eberflus seemed optimistic that Jones’ injury wouldn’t keep him out for too long. Perhaps the Bears are cautiously slow-playing Jones’ return. That wouldn’t be the worst idea. After all, we’re talking about a player whose speed is his biggest asset dealing with a hamstring injury. There is no good reason to push him too hard as he hits the comeback trail.

As for the rest of the injury report, here it is:

I suppose this injury report isn’t *ALL* bad news. Fullback Khari Blasingame was back at practice after missing out on Thursday’s activities due to a personal issue. Joining Blasingame as a full participant was offensive lineman Riley Reiff. After practicing with limitations due to a shoulder issue on Wednesday, Reiff has put together back-to-back practices with full participation. Neither Blasingame or Reiff has a designation next to them on the injury report, which means they’re both good to go for Sunday. That’s wonderful news.

And yet, I’m still bummed about Jones not practicing the last two days. Surely it is better to not rush Jones back from a hamstring injury. A player with his speed and skill shouldn’t be hurrying back into the lineup after being out with a leg injury. But it would be nice to see the receivers room’s most notable addition back in the mix sooner (rather than later). 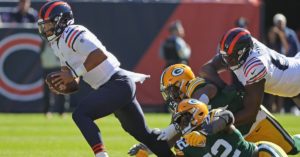