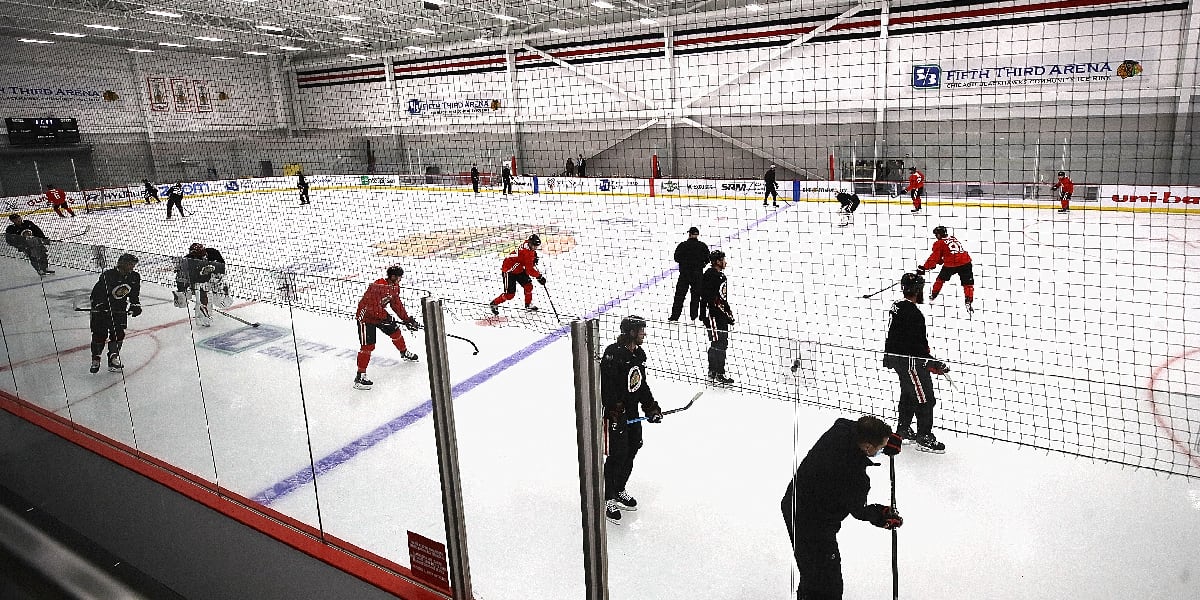 It may have taken until the team was literally on the ice warming up for the first training camp session of the 2021 season, but the Chicago Blackhawks have released their training camp roster.

Some personnel notes to add regarding the training camp roster:

•   Kirby Dach is out for essentially the entire season after having surgery to repair a broken wrist
•   Alex Nylander is out for the season after having knee surgery prior to training camp
•   Jonathan Toews is out indefinitely with an undisclosed illness
•   Brent Seabrook and Evan Barratt were deemed “unfit to participate” on Day One
•   Carl Soderberg will be missing from the beginning of camp due to immigration issues
•   Zack Smith, who was reportedly healthy and ready to go for training camp, has been placed on waivers
•   Michael Krutil is the only player participating in camp without a signed contract with the organization

And just FYI: The Blackhawks were the last team in the NHL to release their training camp roster

Training camp officially began on Sunday with team physicals. Meanwhile, Monday (today) signals the start of the on-ice sessions, which will be split into two groups per day with 36 players participating.

The Blackhawks open the season in nine days against the defending Stanley Cup Champion Tampa Bay Lightning at Amalie Arena in Tampa, on banner-raising night. So, you know, it’s a very easy matchup for Chicago.