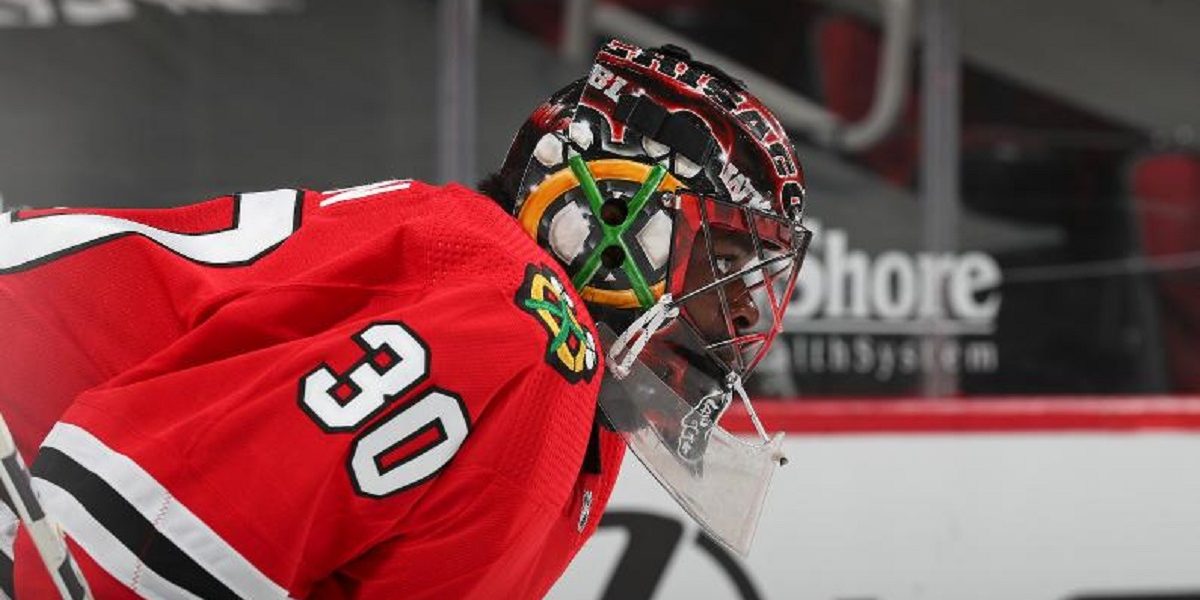 Tonight, the Detroit Red Wings went home with an impressive 5-3 win over the Chicago Blackhawks. This is the first win for the Red Wings over the Blackhawks this season, moving Chicago’s record to 11-7-4 on the year.

HOWEVA, the Blackhawks dominated much of the game, out-chancing the Red Wings 48-16 at 5-on-5 … yes, I said 48-16! Run this game back ten times, and the Blackhawks come out winners nine times.

Jonathan Bernier, who has six of the Red Wings seven wins this season, was solid in net tonight, making 33 saves on 36 shots faced.

Credit the Red Wings for finding a way to get a win on the road against an apparently superior team, especially without their best player (and captain) Dylan Larkin. With that said, the Blackhawks were coming home for the first time in 14 games, against the last-place team in the Central Division. So you can imagine that there was room for some lackadaisical play.

But in shortened season when you’re already playing way above expectations, you can’t afford to be lackadaisical. At least the Dallas Stars and the Columbus Blue Jackets also lost, so Chicago’s playoff positioning remains the same heading into tomorrow’s contest.

In a game where the Red Wings held their first lead this season against the Blackhawks and ended an 0-for-39 stretch over their last 14 games on the powerplay, there wasn’t much that Chicago had in their cards to answer the Detroit attack.

Malcolm Subban did not follow up his second career shutout performance with his best game. Making 27 saves on 32 shots faced, Subban suffers his second regulation loss this season, moving his record to 3-2-1 on the year.

The Blackhawks are back at it again tomorrow night at 6:00 p.m. CT on National TV. We’ll likely see Kevin Lankinen get the start and one would hope the Blackhawks have a more focused 60 minutes.

•   Adam Boqvist had a quiet multi-point night, getting two secondary assists, moving his point total to seven in 11 games played.

•   It was a rough night for the entire Blackhawks organization. The Blackhawks lost 5-3 to the Red Wings. The Rockford IceHogs lost to the Cleveland Monsters 6-3 in the AHL. The Indy Fuel lost 8-1 to the Fort Wayne Komets in the ECHL. OOF.