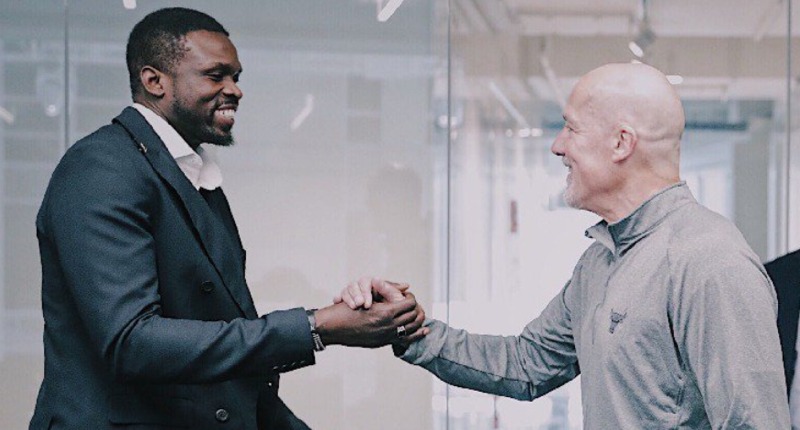 Pour one out for Lu!

It was announced Thursday that Luol Deng will be retiring as a member of the Chicago Bulls.

OFFICIAL: @LuolDeng9 to retire as a Chicago Bull.

If we’re being honest, I bet he can still hoop ….

But after a quiet last few seasons in the league with the Los Angeles Lakers and Minnesota Timberwolves, The Man from Sudan’s time has come to an end.

The Chicago Bulls drafted Luol Deng with the No. 7 pick in the 2004 draft (Did somebody say No. 7!? What are the chances!? *laughs, then cries*). He went on to play nine years with the organization, earning himself two All-Star nods with the Bulls in back-to-back seasons (2012, 2013). Deng also earned All-Defensive Second Team honors in 2012 and cracked the All-Rookie team in 2005.

During his time with Chicago, specifically, he was a reliable force, averaging a team-high in minutes during both of his All-Star seasons, and only had one season where he appeared in under 50 games. His longtime presence led to numerous high-rankings on the Bulls All-Time leaderboards, and you should check out the Bulls article for a complete list, but his accomplishments include 6th in defensive rebounds (2,969), 5th in field goals made (3,987), 5th in steals (639), and 4th in points (10,286).

His stats say a lot, but they don’t say it all. Deng was a major fan favorite during his time in the Windy City, and his former teammate Kirk Hinrich helps demonstrate why:

More Hinrich on Deng: “It’s cool he’s able to retire as a Bull. That’s where myself and him and BG and Noce grew up as players together and had some fun times.”

Deng has the accolades to back up Hinrich’s comments, too. For example, in 2007, he was the recipient of the NBA Sportsmanship Award, and in 2014, he took home the J. Walter Kennedy Citizenship Award, an honor given out to an NBA player who goes above and beyond to help the surrounding community.

“To get drafted by the Bulls is an unbelievable feeling.”

Deng had one heck of a fun run with the Bulls, and retiring as a member of the team feels like the proper ending to a great NBA career.

Only one last thing to say …