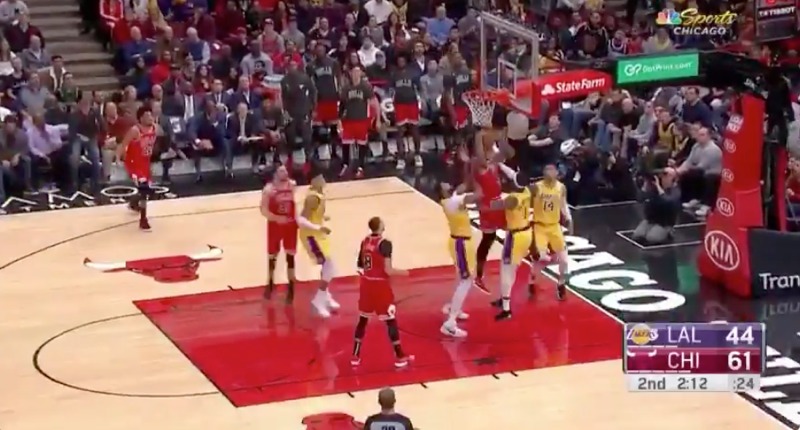 142 days until opening day for the Cubs and White Sox.

THE PAIN IS REAL.

Wendell Carter Jr.: "I know I'm pissed. Not to talk about my past, but me coming from a winning culture and then last year wasn't so good for us and then this year, it bothers me. I don't even care about my stats. Because none of that matters if we're not winning."

This sequence typifies why Wendell Carter is the best player on this Bulls team.

Dude is guarding AD, comes over to help on LeBron as he barrels toward the basket in transition, gets the stop, fuelling the run game.

His defense creates the 3PA, his hustle extends the play. pic.twitter.com/mNLIyY1qsF

Wendell Carter has some really great defensive plays in the loss to the Lakers. Take, for example, this impressive help on Anthony Davis. Challenged the shot, went for vertical, gets the stop and fuels transition. This isn't normal for a 20-year-old center. pic.twitter.com/A7KNXEVmfQ

The Bulls were outrebounded by 7 last night, moving their cumulative total to -76 this season. Still just one team (Wizards -92 last season) have been worse on the glass at this stage of a season this century.

Sato has thrown some really impressive passes tonight, leading guys into spots where they can catch and shoot. Seems so simple but the Bulls haven't had that

**A new contender has emerged** https://t.co/BNt8ZWJiBB

When the Bulls are handed a 4th quarter lead.
pic.twitter.com/njfGIt5m7K

NEW POD! @TalkinToros Ep. 27: Optimism is dead. @Mphelps11 @lcm1986 and I recorded this before the Lakers game. We talked about the blitzing defense being a failure in progress, Markkanen sucking out loud but gave credit where it’s due to Wendell Carter. https://t.co/zGXxZdqxpW