Bulls Lose to Blazers Because They're the Bulls: 117-94 Skip to content

The Portland Trail Blazers did their best Miami Heat impression, running the Bulls off their home court in dominant fashion. The Blazers won the ballgame 117-94 behind a season-high performance from recent signee (and former-Bull) Carmelo Anthony, who dropped 25 points with eight rebounds, two assists, and one steal.

At least the fans in attendance saw the makings of a solid game during the first half. The Bulls and Blazers traded runs and Chicago headed into the half down only 8 (62-54). But then – in typical fashion – the third quarter happened, and the Bulls fell apart. The Blazers won the quarter 30-18 and didn’t look back from there.

Portland out-rebounded Chicago 55-37 and shot 51.7 percent from the field. Yup, those two things will win you a basketball game.

The Bulls shot 9-39 (excuse me while I throw up) from behind the arc and posted an abysmal defensive effort. Yup, those two things will not win you a basketball game.

After tonight, the Bulls are 9-31 at home under Jim Boylen.

Jim Boylen opens postgame presser by saying Bulls “just left some points out there” and that “hurt our spirit.” Said Bulls need to fight through such moments.

Forget it. I’m going to light some candles, get in a bubble bath, and listen to some Alanis Morissette. 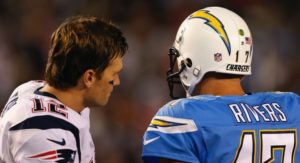