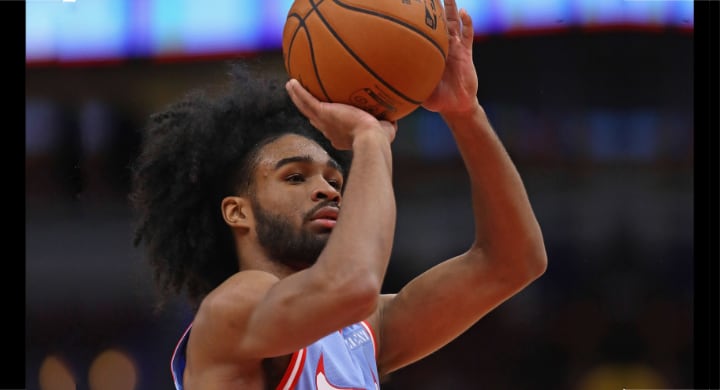 Coby White has been playing great basketball here lately, and that’s probably an understatement (he was the Eastern Conference Rookie of the month for February, after all).

Indeed, over his last six games, the rookie is shooting 50.8 percent from the field and averaging 28 points per game. Opposing teams have had no answer for White on the offensive end of the court, and Bulls fans are finally getting a consistent look at what their most recent No. 7 overall draft pick is capable of.

The chances of White continuing this heightened version of success over the course of the next 20 or so games is unlikely, but the more confident and comfortable he proves to be now, the more encouraged we can be about his role moving forward. I know they always say not to take too much away from February/March basketball – many of us fell into that trap last season with Lauri Markkanen – but White has flashed one key part of his game recently that I think is worth noting.

Ever since his 33-point outing against the Phoenix Suns, White has kind of said “screw it” to conventional analytics. If you’ve been watching, you probably already know what I’m talking about: White has hiked up far more mid-range attempts than what we’ve grown accustomed to seeing at this level in this era. A solid part of his game in college, I was actually hoping we’d see more of this when he entered the NBA, but as White pointed out earlier this season, the Bulls instructed him to shy away from using the mid-range (like many teams would):

“When I first got here, I took a couple of midranges and they were, like, ‘Nah, we don’t want that. That’s a bad shot. So it took some getting adjusted to because the midrange was a tool that I had in my bag that I liked to use. But if it’s a bad shot, it’s a bad shot (via The Athletic).

Well, look at the numbers, and it appears White has taken that tool back out of his bag.

Since February 11th (8 total games), White has taken 36 mid-range shots and has shot 42 percent from that distance, per Cleaning the Glass. In the eight games prior to that (Jan. 24th – Feb. 9th), White put up only 13 mid-range attempts and hit just one of them. To be sure, White’s minutes have gone up from 24.3 to 32.6 per game during that span, which certainly plays a role, but still there’s clearly something here.

Note: Why these dates? Well on February 11th, White scored 14 points and started his 8-game double-digit scoring streak. So I decided to pick the eight games before that for something of an equivalent and recent sample size.

Anyway, I think the best way to understand just how much of a difference we’ve seen in White’s shot profile is by looking at the shot chart (via Cleaning the Glass). 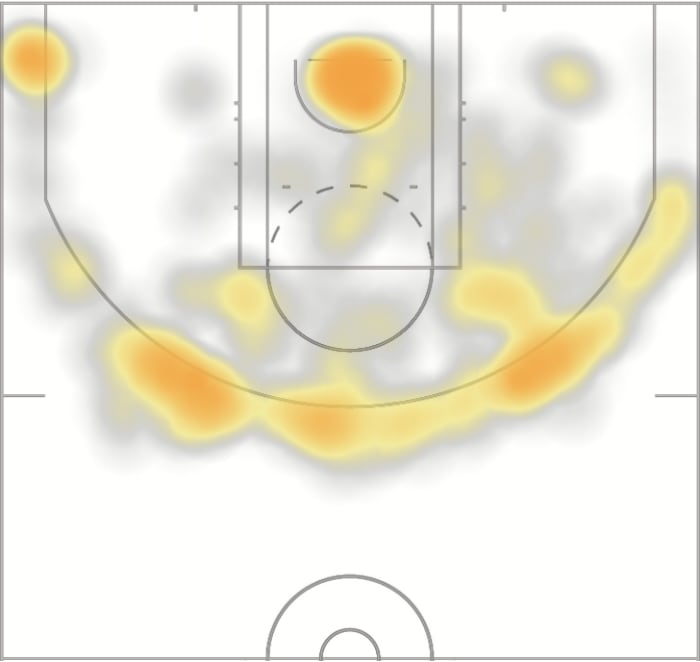 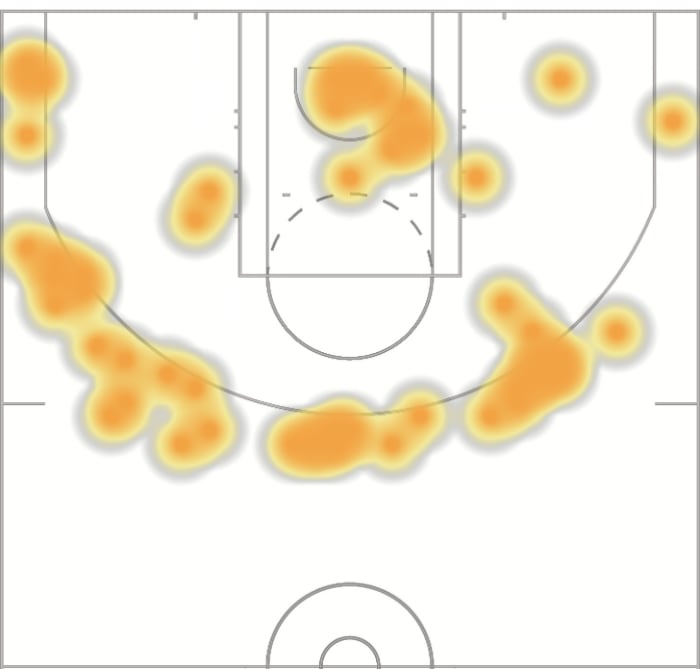 Pretty much follows the season-long trend. 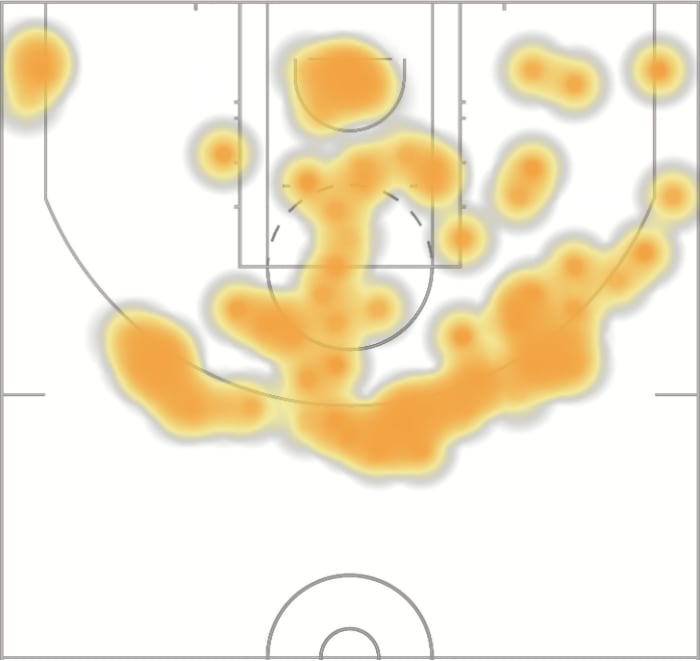 BOOM. That’s a lot more orange (the darker the orange the more attempts).

I know a lot of folks would like to see more corner 3’s and a bigger bubble around the rim, but it’s hard to complain when White’s averaging 28.0 points per game. Also, it’s not like White is going to start taking a bunch of mid-range shots over 3-pointers. If you watch him play, you can tell he’s still looking to either attack the rim or step-back behind the arc. So, I’m by no means attributing all of White’s success to his newfound mid-range game. However, let’s just say, I don’t think it’s a coincidence that White’s mid-range attempts went up and so did his points per game, offensive rating (107. 4 to 115.6), and true shooting percentage (45.5 to 61.1). He’s called it a part of his game he likes to use before, and now we’re seeing him comfortably use it at the NBA level.

Ultimately, I just don’t mind seeing (1) that he can create that shot if he needs to and (2) that it’s another thing for opposing teams to have to worry about (if he continues to shoot at a high clip).

Over the rest of the season, it’ll be interesting to see if White continues to have the liberty to throw up these shots. If he and LaVine play more minutes together in the future, we could see the number go down a bit, but White has at least found some recent success with this becoming a bigger part of his game. And I don’t hate it.