Polling Players on a Potential Return, Pippen's Decision to Sit Out, Space Jam Pickup Games, and Other Bulls Bullets Skip to content 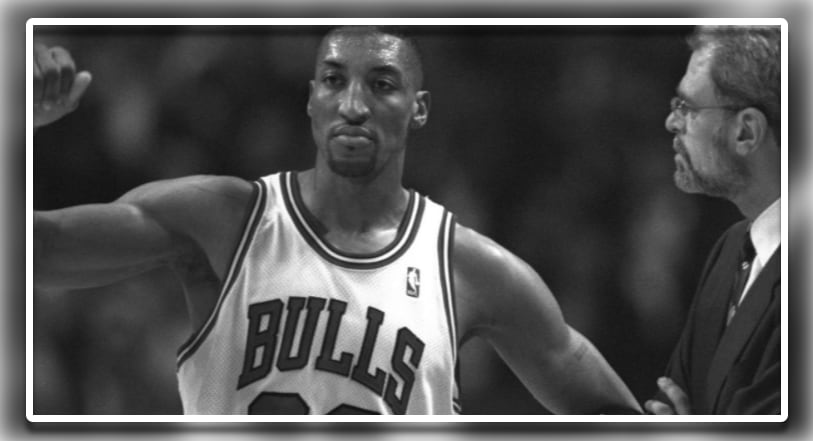 The world started to spin when I looked away from my computer this morning, and I’m pretty sure it was my brain telling me “please stop staring at screens for a hot second.”

I listened, and that’s why these bullets are late. Be careful with your screen time, folks.

•   ESPN’s Adrian Wojnarowski reported the National Basketball Players Association is conducting a poll via text message where players must respond “yes” or “no” to a question regarding the possible resumption of play. However, not too long after, The Athletic’s Sham Charania reported the NBPA is NOT engaging in any kind of formal poll to gather opinions.

The National Basketball Players Association has released a statement to @TheAthleticNBA @Stadium: “The NBPA is not engaging in and has not authorized any formal poll of its players.”

•   In theory, I don’t think conducting a poll is a bad idea. It’s important for all players to feel they have some kind of voice in this ultra-sensitive matter. However, at the same time, doesn’t Woj’s reported process feel a bit oversimplified? I’m almost positive a handful of players’ opinions on the matter would change depending on the logistics. I suppose the NBPA feels confident the most recent phone call with the commissioner shared enough information to justify some kind of answer. I don’t know, I’m just a bit skeptical of how much this information will actually help. Not to mention, I expect an overwhelming number of “yes” responses. Perhaps the NBPA does too and wants to use that as a way to further justify a possible continuation of the 2019-20 season.

•   These conflicting reports make for a pretty bad look though. I think we can all agree it’s incredibly important for everyone to be on the same page for a situation like this. If a couple of NBPA folks are going rogue to conduct this poll, it could only create more challenges moving forward.

•   BJ Armstrong isn’t trying to throw anyone under the bus. With the release of The Last Dance, the Bulls former guard has done his fair share of interviews over the last several weeks. And most recently, he spoke with USA Today’s Mackenzie Salmon about Scottie Pippen’s decision to sit out the final seconds of Game 3 of the 1994 Eastern Conference Semifinals. Check out what he had to say (which, admittedly, isn’t a whole lot):

B.J. Armstrong opens up about that time Scottie Pippen refused to enter the Bulls' playoff game against the Knicks: pic.twitter.com/YcfoeKK45B

•   Honestly, I kind of respect the approach Armstrong has taken throughout all of The Last Dance discussion. Unlike many other players, he’s not too caught up in the past. He basically brushes off the Pippen conversation, saying he understands both sides of the situation, and (at the end of the day) these guys will all be there for each other regardless of past circumstance.

•   Still, Pippen’s recent decision to double-down on his action hasn’t received the same understanding response from the outside world. “It’s one of those incidents where I wish it never happened. But if I had a chance to do it over again, I probably wouldn’t change it,” Pippen said during Episode 8 of The Last Dance. Ugh, why bro? I know Pippen had his problems with the organization, and I guess that’ll always be his way of “sticking it to the man,” but just say sorry and move on. In no way shape or form does he win in this situation by sticking to his guns. And I hate to say it, but Michael Jordan would have never let his teammates down like that. Punch them in the face? Sure. Sat out? Nah.

•   Craig Hodges wasn’t interviewed for The Last Dance, and believe it or not (sarcasm), that hasn’t sat too well with him. The 2x NBA Champion joined the Bulls Talk Podcast to talk about his recent criticism of Jordan and the highly-anticipated docuseries. Give it a listen and see if you agree with his thoughts.

Which Current Bulls Player Would Make the Best Teammate for Michael Jordan?https://t.co/WUQdSg72Pf

•   I think there are several ways to answer this question, but I focused far less on actual gameplay and rather the qualities of a “good” Jordan teammate. Anyway, I had fun writing that one, so give it a read!

•   Also, how do we feel about current players landing so high on this list? I guess you have to include them, but it feels a bit weird to see Kevin Durant ahead of guys like Julius Erving, Jerry West, and Karl Malone. I’m not saying he isn’t; I’m just saying it’s odd with his career still (arguably b/c of his recent injury) in its prime.

•   Great point … why the heck don’t we have hours of footage from the Jordan Dome?

There has to be more footage of the ‘Space Jam’ pickup games. @BillSimmons did the recon.

•   You’ll want it even more after you read this piece from SLAM. A number of players shared their memories from playing on the Warner Brothers’ lot.

•   LOL … Jordan literally made up an entire story about Labradford Smith to motivate himself. Why would the Jazz do this!?

Weird thing that I'd forgotten (or never noticed before): Intro music for Jazz starters in 1998 Finals: Sirius, by Alan Parsons Project. Yes, the Bulls theme song. Seems like a bad idea in retrospect.https://t.co/XvZNpXnkJa