Horace Grant Pops Off on MJ: I Am Not a Snitch, and Nobody’s Taking My Food Skip to content 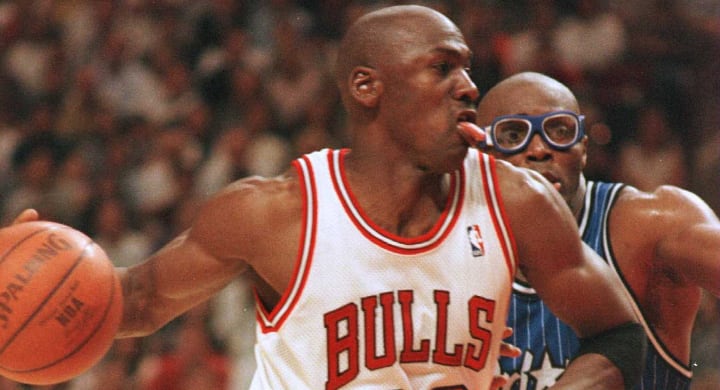 During The Last Dance, when asked who shared sensitive team information with reporter Sam Smith for his book The Jordan Rules, Michael Jordan was quick to throw former teammate Horace Grant under the bus

Now, Grant is firing back.

In a conversation with ESPN 1000’s David Kaplan, the 3x Bulls champion explained why he wasn’t the happiest camper while watching the highly-acclaimed docuseries:

“Kap, as I’ve stated to everybody, that is a downright, outright, complete lie. Lie, lie, lie. As I stated, if MJ had a grudge with me, let’s talk about it or we can settle it another way. But yet and still, he goes out and puts this lie out that I was the source. Sam and I have always been great friends, we’re still great friends. But the sanctity of that locker room, I would never put anything personal out there.”

Smith was quite the connected journalist, so Grant receiving all the blame from Jordan on national television doesn’t necessarily seem fair. Do I think he could’ve played a role? Sure, but I also wouldn’t be shocked to hear the information came from somewhere else in the organization. Most importantly, I’m not sure it really matters anymore … but that sure isn’t going to stop Grant from defending his honor.

“It’s only a grudge, and I think he proved that during this so-called documentary. If you say something about him he’s going to cut you off. He’s going to try and destroy his character … my point is that he said I was a snitch yet still after 35 years, he brings up his rookie year going into one of his teammate’s room and seeing coke and weed and women. My point is, why the hell did he want to bring that up? What that got to do with anything? If you want to call somebody a snitch, that’s a damn snitch right there.”

I think we all knew Grant and Jordan didn’t share the closest relationship, but I think it’s safe to say, it’s submerged in even murkier water now.

All things considered, I kind of get where Grant is coming from. Jordan did take his shots throughout this docuseries, and while I respect his unapologetic personality, I understand why this example could be viewed as hypocritical. At the same time, who cares? We’re talking about over two decades ago at this point. Shouldn’t these things be water on the bridge?

In the midst of conversation, Grant also digs in on how the documentary left out the times in which other players snap-back at Jordan. He took offense to the fact that the magic of editing made it seem like Jordan never felt the heat. But I’m not sure I necessarily agree with this point. Don’t get me wrong, I’m sure his players tried to throw some insults and trash-talk his way (and perhaps the magic of editing eliminated that from our view), but I’m also quite confident that Jordan either (1) brushed it off so as to make it uncompelling or (2) came right back with harsher words. I don’t know. It’s all just a hunch, but I think Jordan could take what he was dishing out, and I’m getting the feeling some of his teammates can’t say the same about themselves.

And to be clear, I can understand the problem some guys probably have with not being able to defend themselves, but I’m not sure anyone left The Last Dance thinking ‘oh, I hate [insert Bulls player here] now!’

Anyway, a rumor has also been going around that Jordan would tell flight attendants not to feed Grant after a bad game. Kaplan made sure to ask for a Grant confirmation, and instead, this is what we got:

“If anyone tries to come up and snatch my food away, I’m going to do my best to whip their ass. And believe me, I could’ve took MJ in a heartbeat. Yes, it’s true that he told the flight attendant ‘don’t give him anything, he played like crap’ and I went right back at him. I said some choice words, that I won’t repeat on here, but I said some choice words and stood up. If you want it, you come and get it. And, of course, he didn’t move. He was just barking. Anybody who knows me, where I come from and what I stand for – come on, man – there is nobody in this earth who would ever come and try to take food off my plate and not get their rear end beaten.”

Second of all, I don’t think Jordan avoided physically taking Grant’s food away because he was scared. Instead, I think he knew he could make whatever point he needed to on the court. But also … LOL. What in the world?

I’ll admit it, as much as this is juicy or compelling, I just wish all these former Bulls could get along. I think the foundation of respect is there, but plenty of players (Jordan included) still hold grudges that are worth letting go. Let’s all just celebrate good times.