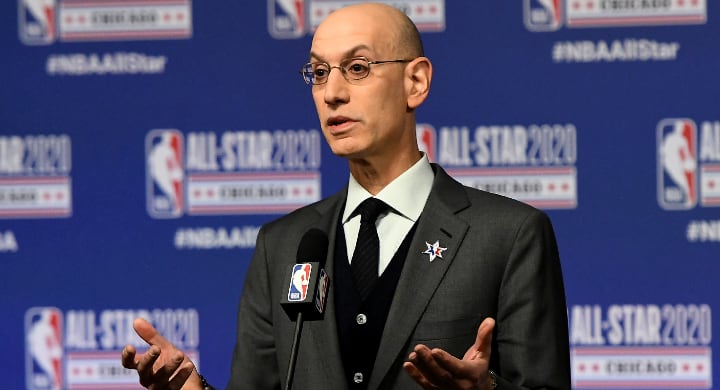 While a resumption of the 2019-20 NBA season feels plausible (if not likely, at this point), we still have no idea what sort of league structure to expect.

Every approach from a straight-to-playoffs format to a full-30-team regular season continuation is on the table, and it’s truly too tough to say when the NBA will feel comfortable enough to make a decision – let alone what the decision will be. In fact, according to Adrian Wojnarowski, Commissioner Adam Silver still feels like the league has plenty of time to think this over, while ESPN’s sources relay the possibility that games won’t start until August instead of mid-July.

For now, fret not. If that were the current, expected timeline Wojnarowski wouldn’t have buried it so deep in his latest article. But still, the NBA is clearly proceeding cautiously, even in the face of some recent, positive momentum.

As part of this careful deliberation, we’ve seen a mass-surveying of sorts. As The Athletic first reported on May 23rd, the league asked general managers to vote for what kind of season format they think would work best. Part of that survey reportedly included a group stage process similar to what we see in the World Cup. While it feels easy to dismiss this possibility as too crazy to be true, I recommend familiarizing yourself with the current world around us. With a historic halt to the season persisting over two months (and counting), the NBA is serious when they said all options are under consideration. And this group stage premise is currently gaining some serious traction across the interweb.

The Ringer’s Kevin O’Connor wrote an in-depth piece on what this process might look like, and I recommend checking it out. In short, we could see 20 of the league’s top teams placed into four groups where they would then play each team in their group twice. Groups could be drawn on national TV (dope) and each would include a team from one of five tiers (Tier 1 will be the top two teams in each conference, Tier 2 will be seeds 3 & 4 from each conference, etc.).

Then, the two teams that sit at the top of their respective group after play is done will move into a normal playoff bracket and begin what would be considered the second round. ESPN’s reports went as far as to say the NBA could consider doing this with all 30 teams.

See, now this is exactly the sort of wacky alternative alluded to in this morning’s bullets. For any number of reasons, I’m not particularly anxious to see the Bulls play another regular season basketball game “this season,” but if it’s a weird, new format where literally anything can happen (like this) … well, I’d probably reconsider.

Silver hasn’t hidden his keenness for a change in the playoff structure over the last several years. I mean, just earlier this season (you know, when everything was semi-normal?) he discussed further how he’s kept an eye on the European sports trends, and his push for some kind of mid-season tournament is such an example. But nothing has made it more obvious than this newly reported group stage proposal.

At the end of the day, I think moving forward with this system is a bit too good to be true. Admittedly, it would be quite awesome to see, and I’d expect some incredibly competitive basketball with the playoffs so obviously on the line. But there are still holes we can poke in this format, especially if the NBA were to just randomly start it up. For example, the teams who worked their tail off to get a higher seed might end up in a situation where they don’t have as clear of an advantage, which isn’t particularly good or fair.

In any case, I think the simple fact the NBA is now heavily weighing its return-to-play format options now is, all things considered, another positive sign. I just want to see basketball in the safest environment possible, and if the NBA thinks this group stage system is practical and entertaining, I’ll welcome it with open arms.