The Future of the Franchise, Still Open Ended on Kris Dunn, Tyronn Lue "Monitoring" the Bulls, and Other Bulls Bits Skip to content 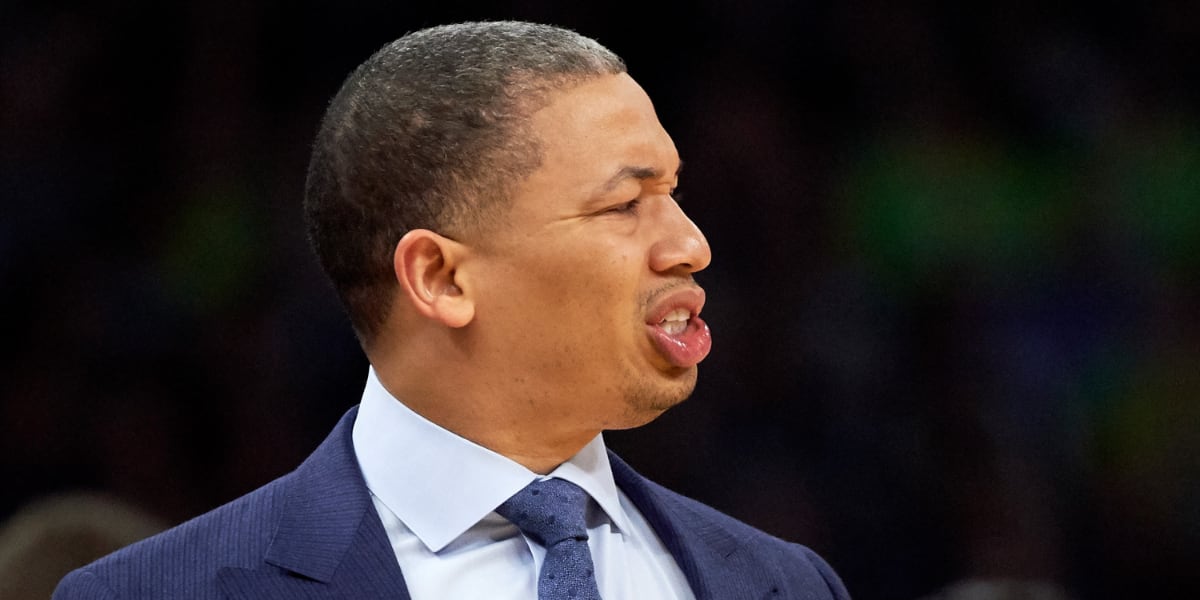 •   Keith Smith played all the favorites in his breakdown of the Bulls offseason:

I previewed the Chicago Bulls offseason for @RealGM. There are three things the Bulls need this offseason:

1. A good coach
2. Better health to figure out what they actually have roster-wise
3. A decision on Kris Dunn because he's their key free agenthttps://t.co/oHXaL2Qiww

•   The future of the Bulls – as we currently know them – relies heavily on the success of the next head coach. As Smith notes, the roster itself feels like one that should compete far better than they did this past season. However, if a new coach can’t tap into that potential, none of us should be surprised to see Arturas Karniosvas make moves as soon as the deadline. The Bulls will have max-level spending money in the coveted 2021 free agency, which means it’s in the organization’s best interest to have somewhat of a solid foundation to sell heading into that offseason. The general consensus seems to be that Karnisovas will use this season as an evaluation period, which I don’t necessarily think is the wrong move. I just think we can’t lose sight of how important it is to show some solid improvement during the 2020-21 campaign.

•   Smith wrote “White looks like a long-term starting lead guard,” which is also known as the way to my heart. Karnisovas has made it very clear that he’ll head into this draft with a “best player available approach,” but I have to imagine even if he drafts a guy like LaMelo Ball or Killian Hayes, Coby White will get the keys for a good chunk of next season. After what he did at the end of the Bulls regular season, he’s worth a hard look in the starting lineup. Not to mention, considering Karnisovas helped bring Jamal Murray to Denver, there’s a good chance he’s pretty darn interested in White’s potential. The two posses eye-popping offensive upside with their speed and natural scoring ability. At the same time, Karnisovas has said he loves good passing and ball movement. White will have to make both a priority, especially if the Bulls draft a more pass-happy guard.

•   I’m still curious to see what happens with Kris Dunn. Before the league shut down, I thought it was almost a given that a couple of teams would come calling his name during restricted free agency this offseason. However, with salary cap projections now up in the air, it’s hard to say what the market will look like for him. Smith writes that he believes the 26-year-old will have suitors, but how far will those suitors be willing to go? And how big will the Bulls be willing to match? With so much of the game happening along the perimeter, an elite defensive player like Dunn is fantastic to have … but I’d say it’s still considered somewhat of a luxury.

•   The other day we talked about how Tyronn Lue is seeking $7 million a year in his quest for a head coach job (lol). In the Philadelphia Inquirer’s Keith Pompey’s article, he also happened to mention that Lue is “monitoring” the Bulls coaching situation, while he’s a “candidate” for the Pelicans and 76ers. For what it’s worth, I think that sounds juicer than it is. Any head coach candidate is “monitoring” the open positions around the league. Not to mention, we have yet to hear Lue’s name connected to the Bulls anywhere else across the interwebs before this. I’m sure Karnisovas will cast a wide net, though, so I guess we should certainly monitor Lue’s monitoring.

•   Former Bulls head coach Vinny Del Negro is writing articles now, and you can read his latest over at basketballnews.com.

•   Jordan could’ve done it if he wanted to.

Giannis Antetokounmpo joins Elgin Baylor as the only players to average 30 points, 15 rebounds and 5 assists in a single postseason series.

Baylor did it three times:

•   TRADES! Make sure to follow all the MLB action over the next two days on our Cubs page. Brett will also be eating a ton of Hot Dogs!