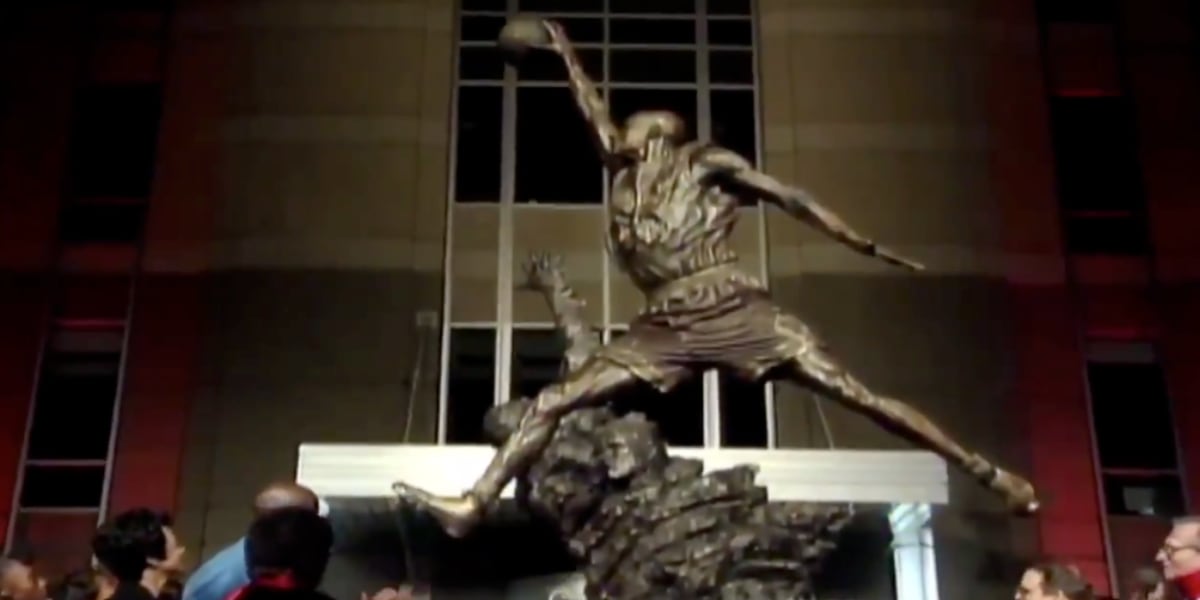 If you ever have the sudden urge to feel powerful, just block a spam caller. I did that twice this morning, and I’m now ready to take on the world.

•   On Friday morning, the NBA announced that the playoffs resume on Saturday and that the league and its players have agreed to immediately start a social justice coalition. For more on that, make sure to check out our separate post here. Meanwhile, Commissioner Adam Silver penned a letter to league office employees today, stating his respect for all NBA and WNBA players, as well as support for all 100+ league office staff members who have decided to strike for the day.

•   Meanwhile, here’s the letter NBA employees sent TO Adam Silver and Deputy Commissioner Mark Tatum, revealing that they will spend the day calling local officials to demand action and learn of more ways the NBA can help push the social justice movement forward:

Here is the letter NBA employees have sent to Adam Silver and Mark Tatum. Close to 150 employees have joined, across multiple departments pic.twitter.com/1VrOaSf5wY

•   I’d like to take this moment to make one thing very clear … ADAM SILVER IS THE BEST COMMISSIONER IN SPORTS. PERIOD. PERIOD. AND ANOTHER PERIOD.

•   I hear it’s been raining buckets in Orlando, can someone please confirm that with Tom Skilling?

•   How shocked should we by this offensive surge? I do find it a bit surprising that practically all of these players came out of the hiatus in tip-top shape (I would’ve probably gained somewhere in the range of 25-60lbs). Of course, they all had a brief period of training camp to get their bodies right, but after such a long delay, the 5-on-5 competitive play could take some getting used to again. With that said, we’ve seen some pretty bad defense. I’m not sure if this is just a sign of the times or what, but there is quite the dropoff in defensive rating after the Miami Heat. This may sound stupid, but perhaps players simply showed up to the bubble ready to score. I know if I was an NBA player who hadn’t touched a basket court in several months, I’d come out popping 3’s left and right.

•   What this does have me wondering is if we could see a 180 after this round. Not only could high-scorers like Jamal Murray and Luka Doncic be out of the bubble – the Nuggets and Mavericks hold the 4th and 6th highest offensive rating (respectively) – but we could see teams like the Clippers and Jazz improve their defensive effort. At the end of the day, defense wins championships (well … kind of), so I expect many teams to have a bit of a different mindset of the second-round.

Tyronn Lue wants $7 million per season to take over an NBA team, per @PompeyOnSixers pic.twitter.com/2opSZl00QX

•   Head coach salaries in the NBA are going down, that’s just a fact. Part of that is due to the league’s recent loss of money, but the other part is that organizations simply want to invest more in their talent. For someone who doesn’t follow head coach salaries, Lue’s demand may sound fine when compared to player salary, but let’s add some perspective. The Toronto Raptors’ Nick Nurse reportedly makes $3.3 million a year. Brad Stevens of the Boston Celtics signed a contract extension this season, and while it’s unknown how much he currently makes, he previously made $3.6 million a year. Before signing a contract extension last offseason, Portland Trail Blazers head coach Terry Stotts made $5 million a year (current contract details are unknown). I’m not going to do any more digging because most head coach salaries are way harder to find than they need to be, but you get the point, right? Those are all longterm coaches who have proven their worth – something Lue clearly struggled to do as he sits in an assistant role – and all (most likely) make far less than $7 million a year. So, while certain head coaches may be making that kind of money or more thanks to deals signed awhile ago, it’s hard to imagine we’ll see that kind of money thrown around for a head coach soon (let alone one who is coming from an assistant chair).

•   If you’re wondering why this post published later than usual, it’s because I was watching this on repeat (jk, it’s because I had to make some super boring and annoying phone calls for important life things).

•   Only the GOAT would be this nonchalant around a massive freakin’ statue of himself.

RARE footage of Michael Jordan seeing his statue 'The Spirit" before its official unveiling to the public at the United Center on Nov. 1, 1994. pic.twitter.com/w4YRlsfek3