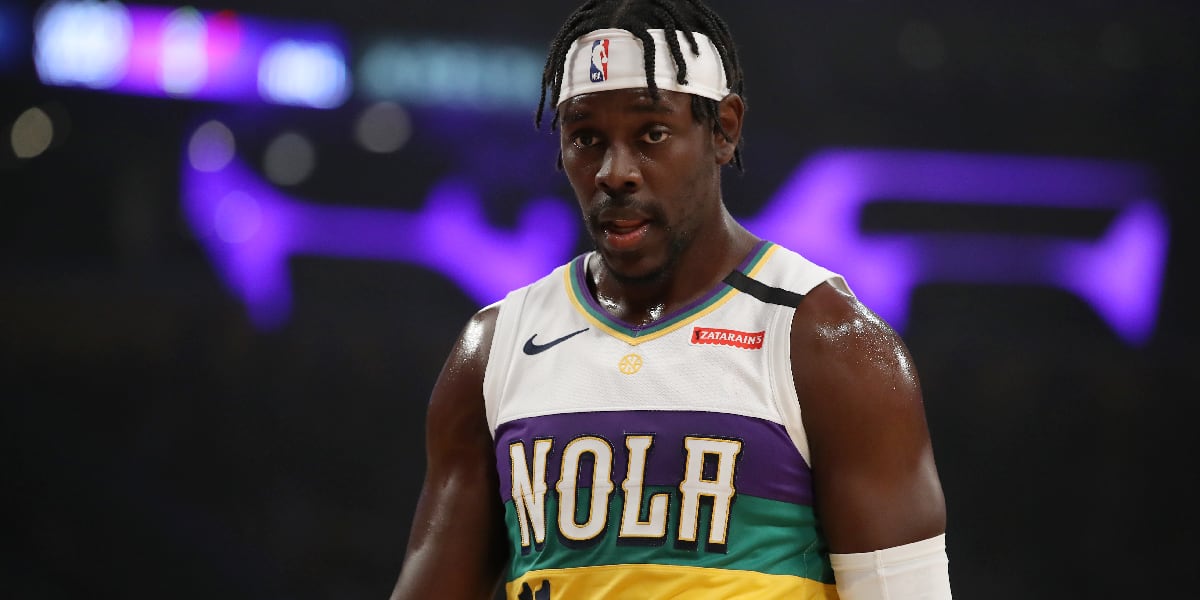 Tonight, the Milwaukee Bucks showed Giannis Antetokounmpo just how much they want to keep him long-term.

According to ESPN’s Adrian Wojnarowski, the Pelicans have agreed to send Jrue Holiday to the Bucks. And when you see the package New Orleans is getting in return, you’ll understand why.

Bucks are finalizing a package that includes three future first-round picks to the Pelicans in deal, sources tell ESPN. https://t.co/7TYoogZHCD

Besides the three future first-round picks going to New Orleans, there are also pick swaps included in the deal, per sources. All in all, this is shaping up to be a draft compensation package similar to New Orleans' deal for Anthony Davis with Lakers. https://t.co/HbnLxzUI96

For the Bucks, they were able to acquire Jrue Holiday without costing themselves any of their key core players. Three firsts and two pick swaps isn’t an immense price to pay with @Giannis_An34’s decision looming on signing his extension.

Did the Pelicans just fineness the Bucks? In many ways, it certainly feels like it.

Three first-round picks, with two pick swaps, Eric Bledsoe, and George Hill is a steep price to pay for a player who has not made an All-Star game since 2013. Of course, the Bucks aren’t really trading only for an upgrade at point guard, are they?

Giannis Antetokounmpo is up for a five-year super-max contract extension this offseason – a deal the Milwaukee organization is desperate for him to accept. After the team’s early exit from the playoffs this season, speculation that the 2x MVP could decide to leave the franchise grew exponentially. Could the Greek Freak really see a path to one or more NBA championships in small market Milwaukee?

The fact that the front office went out of their way to land a big-name player like Holiday could make the answer “yes.”

The last two weeks have been filled with chatter that Giannis Antetokounmpo indeed plans to sign his five-year supermax with the Bucks before the Dec. 21 deadline to do so …

At the end of the day, there is no doubt this is a massive haul for the Pelicans. The deal could very well prove foolish if  Antetokounmpo still looks to play elsewhere. However, if the superstar commits to Milwaukee long-term, the Bucks will have easily won this trade. We’ll talk more about this in bullets tomorrow.

UPDATE (Michael): Before I even got a chance to share this post, another wrinkle was added to the story … the Bucks might not even be done yet.

Sources: The Bucks will pursue a sign-and-trade for Kings restricted free agent Bogdan Bogdanovic. He'd be another huge addition following the addition of Jrue Holiday. The Hawks will also pursue Bogdanovic, but the Bucks can sell him on competing for a championship with Giannis.

Think of a lineup with Holiday, Middleton, Bogdan, and Giannis. Woof.

No, Really … Please Stay, Giannis: Now the Bucks Are Trading for Bogdan Bogdanovićhttps://t.co/tBCC1W7YNf