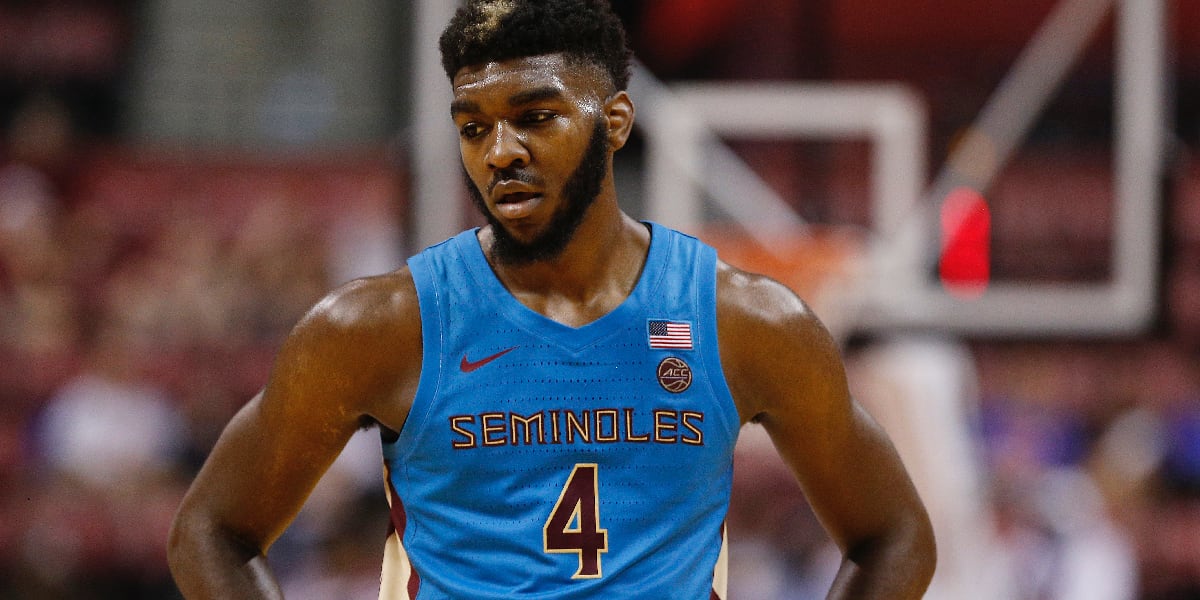 Patrick Williams may not have been everyone’s first choice for the Chicago Bulls at No. 4 in the 2020 NBA Draft, but he belonged in the conversation. One day out from draft night, here are my thoughts on what Williams has to offer.

Are you mad yet? The stats from Williams’ one season at Florida State will have armchair GM’s questioning why he was anywhere near the draft lottery. But, let me remind those armchair GMs that numbers don’t tell the whole story.

Despite the fact that Williams recorded zero college starts, he still clocked the 4th-most minutes on the team. He also happened to take the 4th-most shots and hauled in the 4th-most rebounds. In other words, Williams was a vital part of the Florida Seminoles 26-5 record, and the program made sure to have him on the court for the game’s most important possessions. Don’t take my word for it, though, take Florida State head coach Leonard Hamilton’s:

Just talked to Florida State coach Leonard Hamilton on the phone. Asked him what he'd say to those who point out Patrick Williams didn't start games: "He finished them."

Yes, Williams’ stat line is underwhelming, but the Seminoles had a lot of mouths to feed. The 19-year-old played his role and excelled. The fact that nearly every analyst and scout could easily view him as a worthy lottery pick ahead of draft night should put some of those worries at ease. He may not have been the most proven prospect on the board, but he presents one of the most intriguing all-around skillsets and incredibly high upside.

At 19-years-old, Williams already stands at a wildly impressive 6’8″, 225 lbs, with an excellent 6’11 wingspan. Ohhh, now I kinda get it. All things considered, when you combine that with his freakish athleticism, you’re talking about a wing player that doesn’t come around all that often (and considering today’s league is dominated by elite, versatile wings, that’s even better).

He is mostly perceived as a small forward, and I suspect that is the position the Bulls will use him, but his size and length allows for him to guard positions one through four (and maybe even 5) with relative ease. Of course, there are some limitations, but we’ll talk about those in a minute.

In terms of his immediate NBA impact, Williams should be able to work well on the defensive end. The guy has recorded some monster blocks when flying in from the weak side, and the flashes he shows as a help defender (at least from the film I watch) signify a pretty high basketball IQ.

Offensively, he is good (not great) in a handful of areas. Williams is fast in transition, he has a decent first step, he is physical around the rim, and he has a pretty consistent jumper. One of my biggest concerns would be how well he can create his own shot off the bounce, but Bulls front office leader Arturas Karnisovas did say in his post-draft interview that Williams’ ball-handling actually happens to be one of his more underrated qualities, as it was not necessarily something asked of him at Florida State. I tend to believe Karnisovas, not only because Williams used to be a point guard in his high school days but also because he did show glimpses in college. At times, he could put the ball on the floor and get to his spots for a solid mid-range look.

Speaking of which, Williams has real shooting potential. He shot 83.8 percent from the free-throw line, which usually bodes very well for a player’s likelihood to become a more consistent perimeter threat. There are a couple of spots on the floor where it’s easy to tell he already favors – one being the right elbow where he shot nearly 71 percent on mid-range jumpers (to be clear, that number comes from The Stepien’s scouting report that doesn’t account for the last seven games of the season, which also happen to be some of Williams’ best). Long story short, the path is there for him to become an even better jump shooter as the opportunities open up. I’m pretty sure Karnisovas wouldn’t have taken him if that wasn’t the case.

Sum it up: We are talking about someone who has elite two-way potential, and the fact that he has all these positives at such a young age bodes very well for his development.

What to Worry About?

To preface this brief conversation, let me remind you that Williams is the youngest NCAA prospect in this draft. The Bulls took him knowing damn well he is a project player. How much we should worry about his shortcomings right off the bat is hard to say because there is a real chance he can fix most of what we would deem as “concerns” over time (and, if he did that, oh mama!).

Anyway, so William’s body is his greatest strength, but it can also be his biggest weakness. The dude has quite the ass and quite the thighs (seriously … take a look).

And while that may provide a powerful base, just watch his film and it’s easy to see how this can slow him down. NBA conditioning and strength training could be used to help him level things out (which is also a point made in this great scouting report video I recommend you watch). Relatedly, I was also quick to notice upon some highlight viewing over the past 24 hours that Williams doesn’t have the quickest feet. I expect this to hurt him a bit as he tries to stay in front of more experienced NBA wings. Fast feet is also hard to teach, in my opinion.

Another concern I have is just general scoring ability. We’ve already discussed the potential for him to become a decent shooter and the chance that he already has better ball-handling than expected, but I’ll still need to see it on the court. Unless he is cutting to the hoop or going up for a dunk, he has not proven he can score the basketball at a high enough rate. I like what I see from him in the mid-range game (the dude jumps higher than anyone to get a clear look and follows it up with a sexy release), but that’s also not a shot we necessarily want him to rely on. Similarly, he has some promising spot-up moments, but his release is very slow. Someone is going to have to teach him how to get the ball out faster.

Look, the fit is clear. The Bulls needed wing depth and Williams is exactly that. The guy also perfectly aligns with what appears to be this front office’s new philosophy. Karnisovas wants two-way players who have high basketball IQs and know how to focus on filling their roles. As the Sixth Man of the Year in the ACC, Williams is the epitome of that player, and he demonstrated that when speaking to the media after the draft.

Honestly, it’s hard to say much more than that. The Bulls have entered a new era, and we have no idea how much longer the current roster will look the way it does. I could try to picture exactly how he will fit alongside Zach LaVine, Coby White, Lauri Markkanen, and Wendell Carter Jr., but I think that’s a conversation best saved for closer to training camp when we get a better idea of how this team will look heading into next season.

At the end of the day, Williams is a project, and as the new front office’s first draft pick, they will likely make the team fit around him.

Patrick Williams is one of this #NBAdraft’s biggest unknowns and could be one of its biggest stealshttps://t.co/P3SMwuryw6

What are the Bulls getting in Patrick Williams? @DanaONeilWriter with perspective from Florida State coach Leonard Hamilton: https://t.co/HQUR3sNslX

I'm not a draft expert. You probably shouldn't come to me for instant Patrick Williams takes. But I'll pit my record against anyone when it comes to Bulls predictions. Here's some quick thoughts on what I think tonight revealed about their future: https://t.co/NZKjtgkeZv

Will Patrick Williams be a top-five pick? pic.twitter.com/H0wNA7jF0r