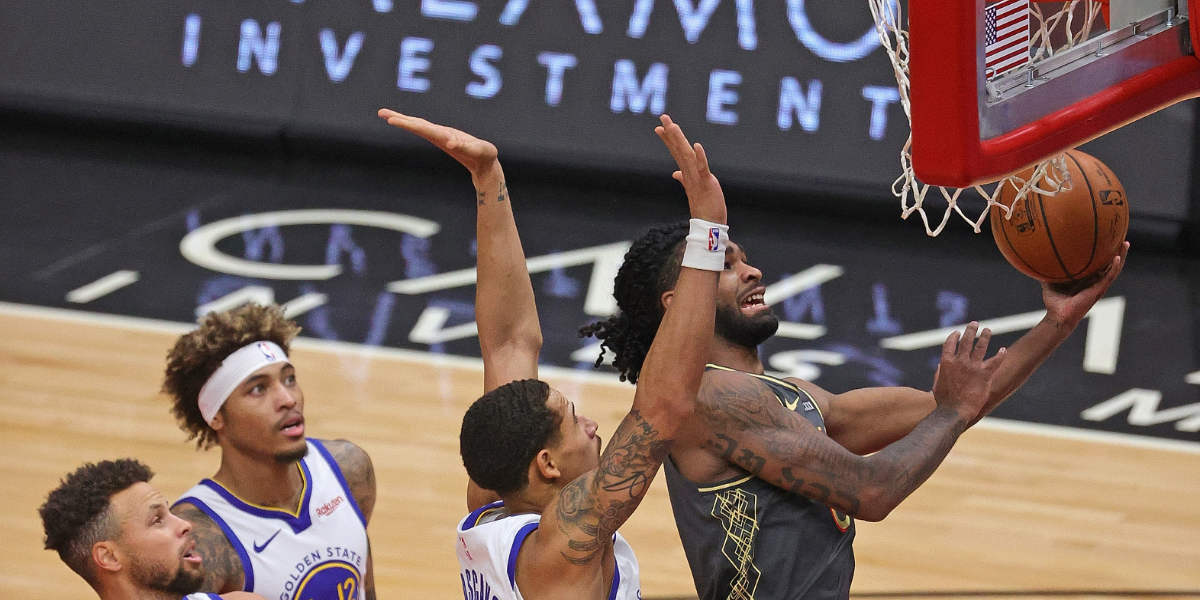 Uh, did you watch Coby White last night? Oh, you did?

I don’t care … watch it again:

I mean … that’s good stuff. So good, in fact, that it might well be the best game of White’s NBA career.

I know that feels easy to say with a career-high 36 points, but points aren’t everything. Especially with White’s natural scoring ability, the guy could have put up a career-high in a pretty meh all-around game. However, last night was the furthest thing from meh. The way he dropped his 36 points and 7 assists, albeit in a losing effort, made for some of the most encouraging basketball we’ve seen from the 20-year-old point guard.

Why? Well, it’s simple: White not only scored a career-high, but he also walked off the Golden 1 Center court with his second-most efficient scoring performance ever. He shot 65.2 percent from the field (15-23), which falls behind the 72.7 percent (8-11) he achieved last season. And, all things considered, this game is more impressive. White achieved last night’s clip after 39 minutes of tightly contested action, whereas his most efficient night from last season came in a blowout victory (+35) over the Hawks, where he spent just under 26 minutes on the court.

White’s efficient scoring performance was mainly due to his dominant presence around the rim. NBC Sports Chicago’s Rob Schaefer did some of the dirty work, and he found out that White shot 11 for 12 in the paint on Wednesday, which gave quite the boost to his all-around numbers on the season thus far.

Coby White, before and after 11-for-12 shooting night in the paint last night:

White is now shooting 42.4 percent from the field on the season and 37.3 percent from behind the arc (not to mention, 85.7 percent from the free-throw line). While we might be only nine games into the season, those are very positive signs for a player that had all sorts of efficiency problems last season.

If you remember correctly, White was technically one of the least efficient scorers in 2019-20. His 39.4 field goal percentage put him 206th in the league among guards who played 50 or more games. His effective field goal percentage sat at 48.6 percent, which put him only in the 44th percentile of NBA talent, per Cleaning the Glass. We can look past all of that since he was (1) a rookie and (2) operating in one of the league’s worst offenses, but we can’t simply throw out the fact that it happened. White can be streaky, and if he wants to eventually prove to those who lump him into the Lou Williams conversation that he is more than that, then he will have to show more consistency and efficiency. Fortunately for him, that’s exactly what he did last night and over these past few games.

In three straight games now White has scored 20+ points. He has shot 53.6 percent from the field over that stretch and 40 percent from 3. A big reason for the improvement goes back to the aforementioned success in the paint. We knew this offseason that he was focused on becoming a more aggressive yet careful driver. We have to be patient and see if the results span a full season, but a game like last night showed us the results of that extra work. White’s ball-handling looked crips, and he flashed some much-improved awareness around the rim, which is something he touched on in his postgame media session.

I’m trying to have better techniques around the rim instead of trying to just go straight through big. And, then, just staying locked-in on the rim, staying focused on the rim. I put my eyes on it early. I think last year I went in there and I wasn’t really focused on the rim; I was more-so trying to get a foul call … this year it’s just being more focused on the rim earlier in the play.

I was also very encouraged by his general fluidity on the offensive end, which I feel like is something we saw get away from him at the beginning of the season. He didn’t necessarily play “choppy,” but as Donovan noted in his postgame press conference, White did play a bit predictable in the past. If we on the couch could see him running through the motions in his head, then there is no doubt the opposing team could as well. This has more impact on his facilitating problems, but it can certainly seep into his execution scoring the basketball, as well. The more confident, aggressive, decisive, and fluid White is attacking the rim the more the floor will open up for everyone (oh, and shoutout to the team for giving my man some better screens … that’s helped).

Anyway, all of this to say, I hope this continues. White isn’t going to drop 36 points every night, but he can use this game as a major stepping stone toward becoming a more consistent scorer at the rim and all around the court. He knows he has the speed, creativity, and balance to finish at a high rate, so it might just be a matter of better understanding the game. Study the film, see what works, and let’s keep the ball rolling (dribbling?).