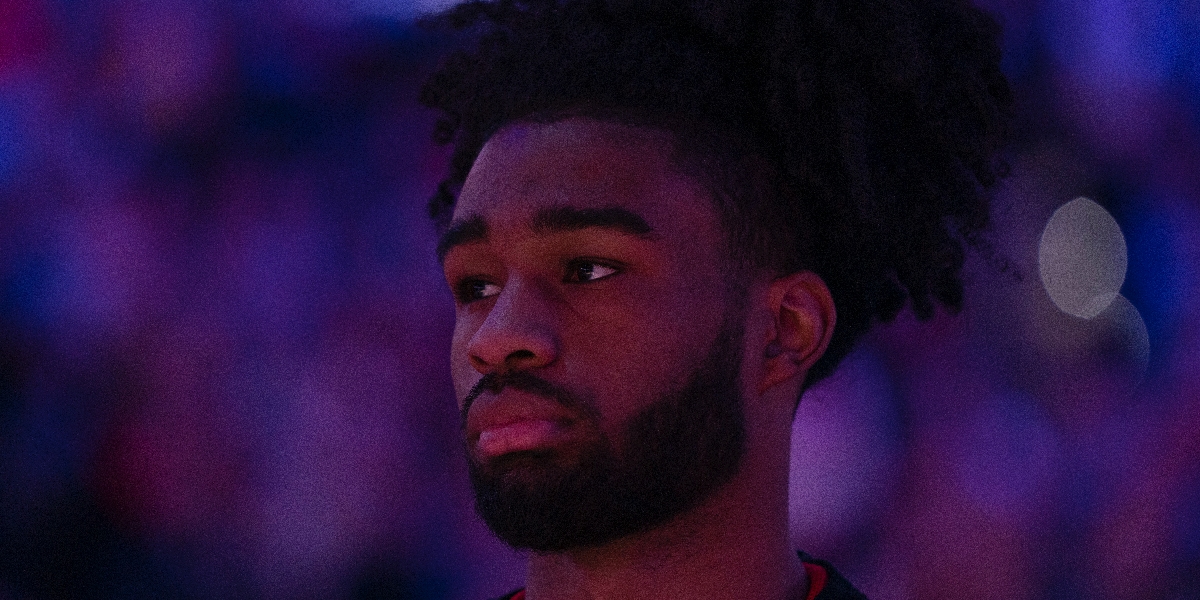 Over the last few games, The W Bros. have looked their age.

Coby White’s attempt to balance his scoring and distributing has become so difficult that he has struggled to succeed in either category. Patrick Williams, meanwhile, has played engaged on defense, but hesitant on offense. White and Williams currently hold the starting lineup’s lowest Player Efficiency Rating (PER) at 10.67 and 9.65, respectively. These numbers put White 251st in the NBA and Williams in 274th. Yeah … not great.

Note: PER takes a bunch of stats and squishes them together for an easily comparable number, but I caution against over-weighting this particular metric. Not only does it struggle to take into account defensive impact (which hurts a guy like Williams), but it can also shift quite a bit. In other words, we don’t want to use PER to make any rash decisions. Guys like Garrett Temple, Josh Richardson, Gary Harris, Bojan Bogdanovic, Buddy Hield, and Cam Reddish are all worse than White, but I don’t think we are going to see these guys lose their respective roles any time soon. The same can be said for Derrick Jones Jr., Dillion Brooks, and Draymond Green, who are all lower than Williams.

White might be averaging a solid 15.2 points per game with 5.6 assists and 4.6 rebounds, but he is shooting a truly disappointing 40.0 percent from the field. Not to mention, these averages are starting to trend downward after a very underwhelming last four games. Since his 0-point, 4-assist performance against the Dallas Mavericks, White is averaging only 9.4 points, 4.2 assists, and 3.6 rebounds a night. He is shooting 33 percent from the field, 33 percent from downtown, and committing 3 fouls per game. Ew, ew, and ew.

If White isn’t scoring the basketball (particularly at an improving clip), and he is not successfully playing the role of a floor general, then we have no choice but to question his value to the starting lineup. Even a Coby White die-hard like me has to admit that. At the same time, we are only 17 games into White’s very first season as a full-time primary ballhandler. He has also had the roster around him change numerous times thanks to on-and-off COVID issues inside the organization. I know that might not be the most reassuring excuse, but it is a valid one. We also can’t deny that White has put together some promising moments. He has had a 22-and-7 game, a 36-and-7 game, and a 16-and-10 game. He also had a very important 13-assist night against the Clippers. White CAN be a smart passer and scorer; he just can’t do it consistently. Not yet, at least. Whether or not he ever will, well, that is the same question AKME is trying to answer.

Patrick Williams has been a similarly mixed bag. Fortunately, when you are the youngest NCAA-prospect in the draft and experienced the quickest offseason turnaround ever … you get a relatively free pass. Williams also has, in many ways, played very impressive basketball to start his career. His defense has been head-turning, and his all-around game has garnered praise from some of the league’s best, including LeBron James and Kawhi Leonard. The game does appear to be catching up to him, though, and his past three games since have left plenty to be desired. Williams is averaging just 6.3 points and 4.7 rebounds over that span, shooting 34.8 percent from the field and 25.0 percent from 3-point range. He struggled so much on Monday night against the Celtics that head coach Billy Donovan played him for only 10 minutes.

After the game, pressed with questions about that decision, Donovan said he simply thought Williams has looked overwhelmed.

Billy Donovan was asked why Patrick Williams only played 10 minutes. As part of a long answer, Donovan theorized he's been "overwhelmed" by everything lately basketball-wise — those were Donovan's words, as he pointed out Williams hasn't told him that.

I buy that, and I don’t think it’s a bad thing. Williams has literally been forced to match up with guys like James, Leonard, Anthony Davis, Giannis Antetokounmpo, Luka Doncic, Jaylen Brown, and Jayson Tatum over his first month in the NBA. Exerting that kind of energy physically and mentally can be exhausting, and it can impact his performance on both ends of the floor. Plus, he knew going into this season that his immediate impact would come mostly on defense. The Bulls have several offensively gifted scorers, so I’m not surprised that he feels a bit hesitant to find his own shot when the ball is in his hands. Donovan and his teammates just have to keep reminding him that it is important for him to help on that end, too.

The question now for both White and Williams is how long this slump will continue, and I hope you are prepared to watch the answer to that question unfold over the next few games. There is little doubt in my mind that this coaching staff will keep them in their current roles despite their struggles, especially when we consider how invested this front office appears to be in each player (Williams was their first hand-picked talent, and they opted not to sign/draft a more traditional PG so White could have a shot). Let’s hope they can step out of their funk soon because they are both vital to this team’s success.