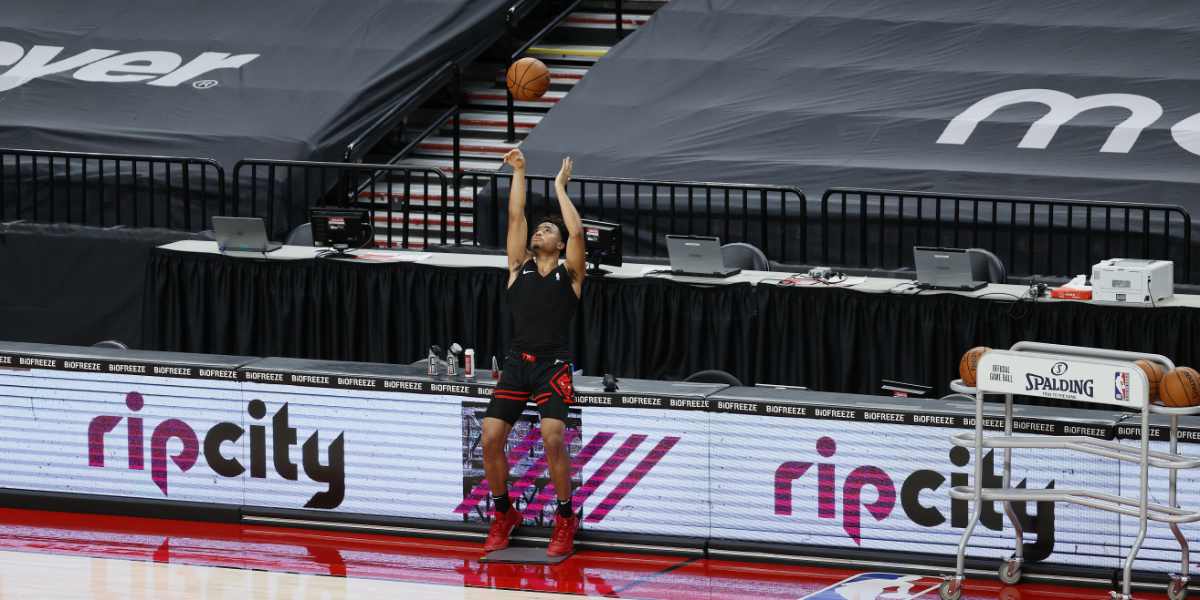 The Chicago Bulls announced on Wednesday that two-way, rookie guard Devon Dotson will head into the G League bubble. Woohoo!

All things considered, this is pretty good news for Dotson and the Bulls, who decided the Windy City Bulls would not participate in the Orlando bubble expected to start next month. Dotson will apparently join as a member of the Canton Charge, which is the Cleveland Cavaliers affiliate.

Devon Dotson has been transferred to the Canton Charge and will report to the G League bubble in Orlando. pic.twitter.com/K29xLazwXQ

For those that are a bit confused, no, this doesn’t mean that Dotson is now under some kind of contract with the Cavaliers organization. NBA teams that are not sending an affiliate into the bubble are allowed to assign their players to another team. This is also standard practice for any NBA team that does not own a G-League affiliate regularly. We saw an example of this close to home last season when the Denver Nuggets had Bol Bol and PJ Dozier clock minutes with Windy City.

While it’s certainly beneficial for Dotson to be on the floor in practice and sit alongside the team during big-league games, Dotson will now be able to experience a far more consistently competitive environment. The G-League was literally created for teams to give young prospects a chance to grow into a full-time NBA talent, and it’s the perfect place for Dotson to be over the next several weeks. He was not going to do the team or himself any good sitting at the end of the bench waiting for some garbage time minutes. The Bulls will now be able to further evaluate his potential as he likely sees plenty of playing time in Orlando, and then they can call him back to the big leagues whenever they please.

Also, for what it’s worth, Dotson is allowed to be active for only 50 games this season due to his two-way contract terms. So … he can either sit around doing nothing or play some basketball. Yeah, I like the latter.