Vote for Zach LaVine, Talking About the Future, A Calculated Approach, and Other Bulls Bullets Skip to content 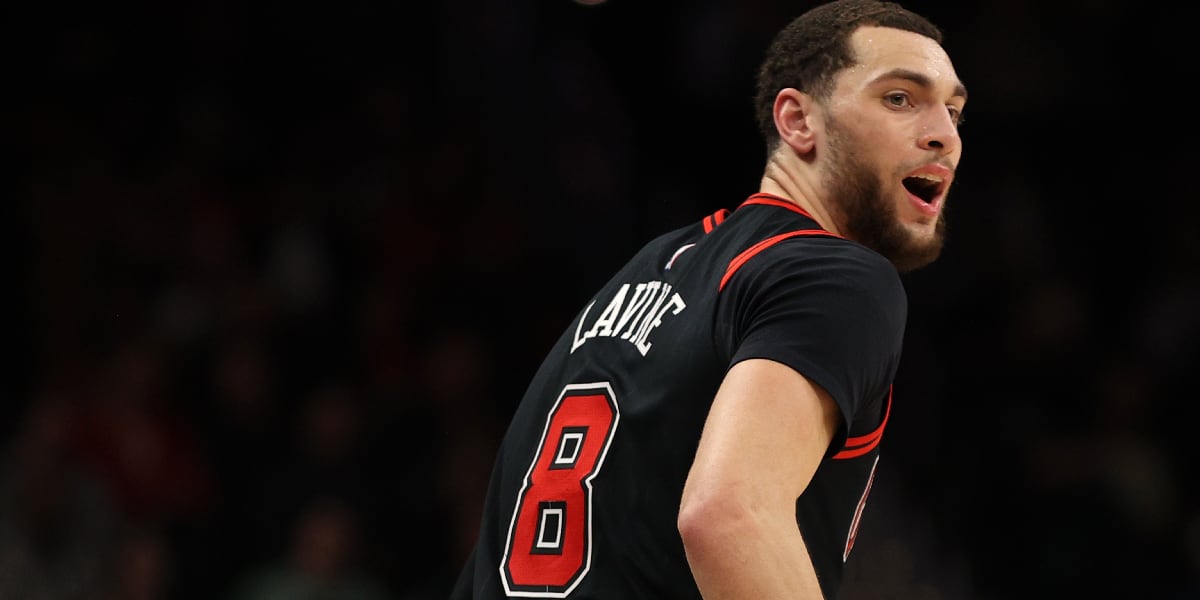 Planning to do a little new clothes shopping spree this weekend (hopefully from the loads of money I pull in from #Doge) … which means I’ll probably walk away with one new shirt because I’m terrible at making decisions.

•   Listen to the former Bulls legend:

Let’s get it right this year with Zach LaVine as an AllStar!

•   The use of legend in the bullet above was rhetorical. Please do not blow up my mentions. Anyway, yes, it is that time of year to bombard the NBA with votes for Zach LaVine. All-Star balloting opened up yesterday, which means you can either send in unlimited votes through Twitter (#ZachLaVine and #NBAAllStar) or NBA.com. With players like Jaylen Brown, Malcolm Brogdon, Jerami Grant, and Collin Sexton also on the rise in the Eastern Conference, LaVine will (once again) have no easy path to the big game, so make sure to spam in those votes.

•   A little national attention also can’t hurt the cause. LaVine’s name continues to be mentioned among worthy first-time All-Stars, and The Jump’s Matt Barnes picked him as the one he hopes most to see receive the nod.

•   Relatedly, ESPN’s Zach Lowe had on former Bulls reporter Nick Friedell to talk about the team’s current state of affairs, and while most of the conversation dealt with bigger-picture topics, neither was shy about giving LaVine some love (well, that is if you avoid the comments about his turnovers).

Lowe Post podcast on some dormant but interesting Central Division powers: @NickFriedell on where the Bulls go from here (plus Beal talk), then Collin Sexton on all things Cavs, and, yes, #Sexland:

•   Like I said, however, most of the conversation in the latest episode of The Lowe Post tried to center around where the organization is headed. And I specifically write the word “try” because I think Lowe and Friedell ran into the same problem every single Bulls fan does when attempting to talk about the future – the past. The organization had some remarkably impressive dumpster fire seasons over the past seven years or so, and it’s hard not to get caught up in those moments. I mean, after all, those poor decisions are precisely the reason this team is currently in their weird rebuilding phase.

•   Coming up with a way out of this situation isn’t easy, and that is why I can’t blame neither Lowe nor Friedell for not answering their own question. It’s simply a fact that this organization needs an improved roster and more star power, and accomplishing either is quite tricky when you have (1) assets that haven’t panned out yet and (2) a product that isn’t valuable enough to sell free agents. I think that is why we hear so much chatter about Bradley Beal as a possible Bulls target. Lowe mentioned the idea yet again, but (unlike Friedell) he took the side of the majority, which is to say that a move for Beal by the Bulls is (likely) not worth it. Sure, it’s nice to have an identity, and it’s nice to have a superstar name. But you know what is nicer? Having a really really good team. The Bulls would only handcuff themselves with a trade that would have to undoubtedly include their best young assets and a number of draft picks.

•   I get that some might want to swing big for any star. Ya know, get the guy and think about it later. I can’t 100 percent say that a plan like that wouldn’t work. However, I am relatively confident that the Bulls new front office values flexibility and that they envision a somewhat more guided approach to fixing this roster. That may not be sexy, but I’m willing to accept it. We know how teams can just snowball into utter mediocrity/crap for years (*points to Bulls*). Finding your way out of that is hard, and to do so you kind of need someone with a more calculated mindset, which is the exact reason I think Arturas Karnisovas was brought in. All anyone ever says about him is that he will think things through all the way. In other words, he isn’t impulsive, and he isn’t going to make a move for the sake of … well … making a move.

•   Why couldn’t we just know Wendell’s injury was this bad from the start?

Wendell Carter needed pain killers to deal with the initial discomfort and admits to losing sleep because of his latest injury. https://t.co/pztCTQruT3

Is Daniel Gafford Ready to Play a Much Bigger Role?https://t.co/JUkcxduOs2