Finishing the First Half Strong, the Markkanen Pickle, Carter Jr. vs. Jokic, and Other Bulls Bullets Skip to content 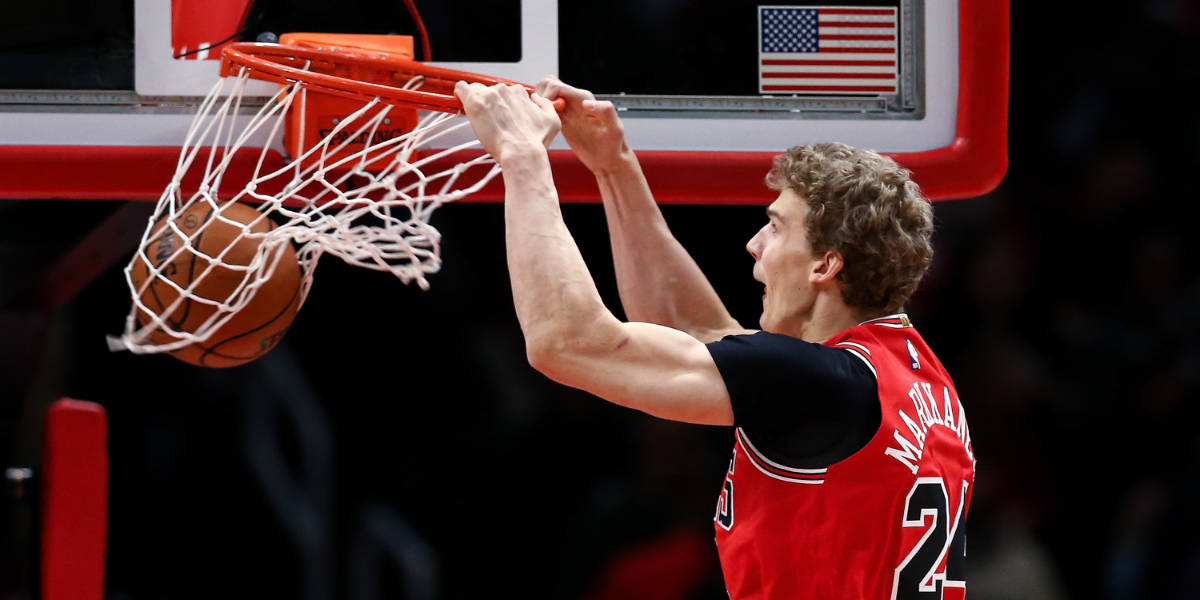 Man, I could get used to his.

•   Squeezed right in the middle of the Eastern Conference sardine can, these final two games of the Bulls first-half schedule could prove salty. The Denver Nuggets will come to town tonight before the Bulls fly to New Orleans on Wednesday for their last game before the All-Star break. While no team will separate itself significantly from the pack this week, this is a great opportunity to grab the right kind of momentum before games resume on March 11th. The 76ers, Heat, and Raptors await the Bulls to start the second half, and that could easily turn into an 0-3 showing if this Bulls team isn’t firing on all cylinders.

•   The good news for Chicago is that they could finally be at full health after the break. All signs point to Lauri Markkanen and Otto Porter returning to the floor sometime soon, as the latest updates from Billy Donovan have both progressing in the right direction. Donovan even gave Markkanen the slightest chance of returning sometime this week but did, ultimately, label it as “highly unlikely.” With today being the beginning of the final week in the first-half, perhaps we’ll get another update shortly on how close both are to participating in contact practices.

There remains no timetable for their returns.

•   But, yeah … this Lauri Markkanen situation puts the Bulls in quite a pickle. Arturas Karnisovas and Co. have sounded nothing but devoted to The Finnisher, but it’s hard to buy those comments when (1) the two sides were reportedly nowhere near an extension this offseason and (2) he continues to suffer injury problems. Markkanen has now missed 18 of the team’s 32 games this season, and while he has looked promising in those 14 games he has played, that is a tremendously small sample size. If I were the Bulls front office, I wouldn’t be prepared to make any kind of long-term decisions based on the games we have seen from him thus far, but I also couldn’t afford to just sit on my hands with the trade deadline around the corner.

•   To be clear, I’m not suggesting that Markkanen will be on the trading block come the end of this month. I have no clue how “available” the Bulls consider him to be (let alone how desirable other teams may view him). All I do know is that the more time Markkanen misses, the harder it is to determine his future value to this organization. He is headed toward restricted free agency this summer, so either the Bulls are going to have to pay him or let him walk. If they fear there is a possibility that a team offers a contract sheet they aren’t comfortable matching (very possible), then the smart alternative would be to trade him while they can. The problem, though, is that option doesn’t feel like it’s on the table because his value probably isn’t what the FO would want it to be right now. The whole thing is complicated and annoying.

•   Is anyone else very scared for this Bulls-Nuggets matchup? I guess we can be semi-encouraged by the fact that the Bulls did keep things as close as they did with the Suns last Friday, but Nikola Jokic poses an entirely different challenge. If Wendell Carter Jr. struggled to find his footing against Deandre Ayton (22pts, 7reb), I don’t necessarily feel too great about his ability to slow down the MVP candidate. Not to mention, the Nuggets are another team that limits mistakes and takes care of business on both ends (currently have the league’s 6th-best Net Rating). They aren’t an impossible challenge for Chicago, but they can also play a far more complete 48 minutes. At the end of the night, I think this game will, once again, come down to whether the Bulls can limit their self-inflicted wounds.

•   Victor Oladipo turned down a two-year, $45 million contract extension from the Houston Rockets, according to ESPN. Set to hit unrestricted free agency this offseason, I think it’s safe to say we could see Houston try to move him sometime this month.

The Knicks are 18-17 and currently hold the 4th seed in the East.

The Wizards are 6-20 in those games. That's horrendous!

Every other active player with at least 20 such games has a winning record in them. pic.twitter.com/Wox5mJnEqT