Which Players Will The Bulls Look To Retain This Offseason? Skip to content 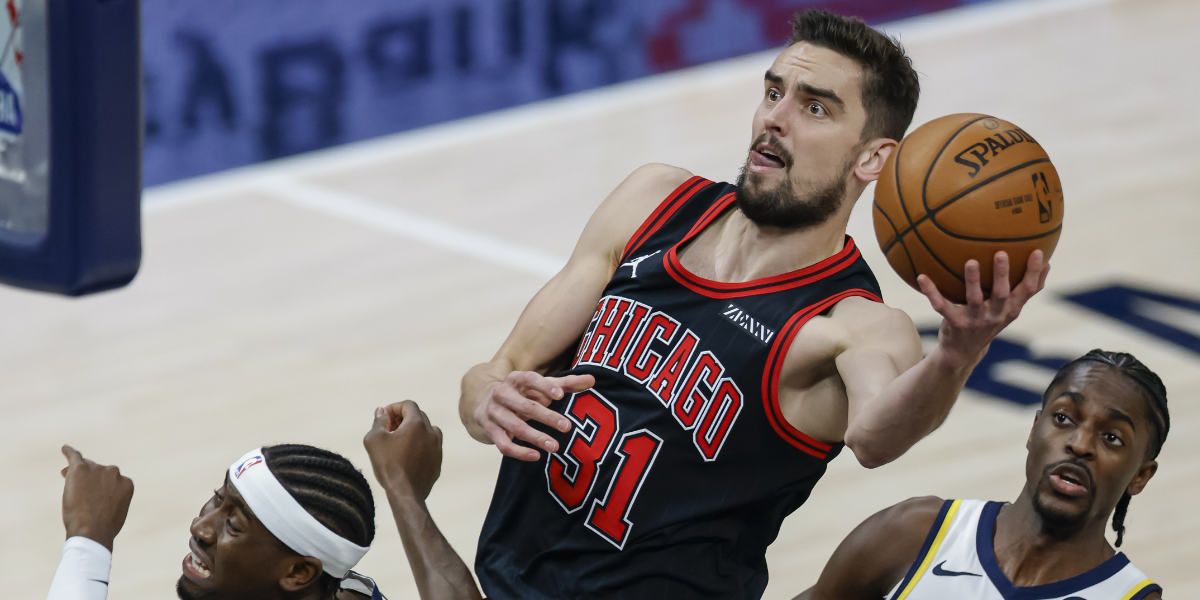 Arturas Karnisovas and Marc Eversley are ready to make this Chicago Bulls roster their own. The decision to depart with five roster members in exchange for new talent on March 25th was as obvious as it can get. Then, in his end-of-season press conference, Karnisovas made it clear that he views this summer as a big opportunity to improve the supporting cast around All-Stars Zach LaVine and Nikola Vucevic.

However, the problem for the Bulls is that the market may not allow for the kind of significant upgrade Karnisovas’ wants. The 2021 free agent class has been heavily depleted of its top assets. Sure, some intriguing point guard options remain for this PG-deprived Bulls team, but the pickings elsewhere are slim. And the last thing the Bulls want to do is overcommit to unknown commodities or mediocre role players. With that being the case, The Athletic’s John Hollinger seems to think we could see an even more familiar Bulls roster at the start of the 2021-22 season than we once had thought.

Hollinger recently projected how each team and player option will be handled this offseason, as well as each partially-guaranteed deal. The Bulls find themselves with multiple role players falling under at least one of these categories this offseason: Al-Farouq Aminu has a player option (which he already picked up), Ryan Arcidiacono has a team option ($3 million), and Thaddeus Young and Tomas Satoransky each of partially-guaranteed deals. Perhaps to your surprise, Hollinger has projected all players to stick with the Bulls.

If the Bulls were to actually hang on to all four, it could very well signify an above-the-cap offseason approach. In other words, the team would prioritize retaining their previous assets, thus leaning mostly on the mid-level exception (roughly $9.5 million) to sign a fresh face or two. Now, I understand nothing about that sounds particularly sexy, but let’s not lose sight of the lackluster market. The Bulls could do worse than fully guaranteeing both Young and Satoransky, who did play a significant role in the little success the team had last season (the two-man combination netted a +5.0 while on the court). Satoransky is guaranteed $5 million and owed an extra $5 million if the team decides to hold onto him, which Hollinger perceived as fair market value. Young’s cost is a bit steeper at $14.9 million with only $6 million guaranteed, but this also feels bearable considering his recent resurgence and supposed off-court influence

Meanwhile, Arcidiacono takes up a mere $3 million. I would still be in favor of dumping him to put the money elsewhere, but I also would not be prepared to throw hands if the Bulls picked up his option.

What I also know is that letting assets walk for nothing is rarely a wise choice. If the free-agent class – which you can look at here – offered more high-impact talent, I would be all aboard the cap space express. However, thanks to the meh market we have been dealt, being less flexible now could make the Bulls way more flexible later. It’s never a good idea to handcuff yourself to an overpaid long-term contract for the sake of spending up the money/add new faces.

We also can not forget the trade market, which I believe would be the key motivator to keeping these guys around. Expiring contracts are valuable, to say the least, and all four of these players could pretty easily be lumped into some kind of deal down the road. So while willingly guaranteeing money to Arcidiacono, Satoransky, and Young might feel underwhelming, it could simply be because the organization plans to trade those assets later his summer or at the trade deadline. After all, we not only saw recently how comfortable Karnisovas is negotiating deals, but the rumor around the league is that this could be a trade-heavy offseason. I mean, it’s bad to have decent veteran role players on expiring contracts in a trade-happy market, right?

To be clear, I’m not necessarily advocating for this approach, and I expect the Bulls to do something more in the middle. Perhaps they keep Young but waive Satoransky and Arcidiacono to leave some room for a sneaky free agent grab. All I’m saying is that I can see a world where the Bulls do momentarily hold onto all these players, and while I expect that to rub some people the wrong way, there could be good reasons for it.

For more on that trade market, check this out:

The NBA Offseason Could Feature a “Very Busy Trade Market,” Which Is Good News for the Bullshttps://t.co/xLEDnjK9Al pic.twitter.com/g48ouQ4Ehy