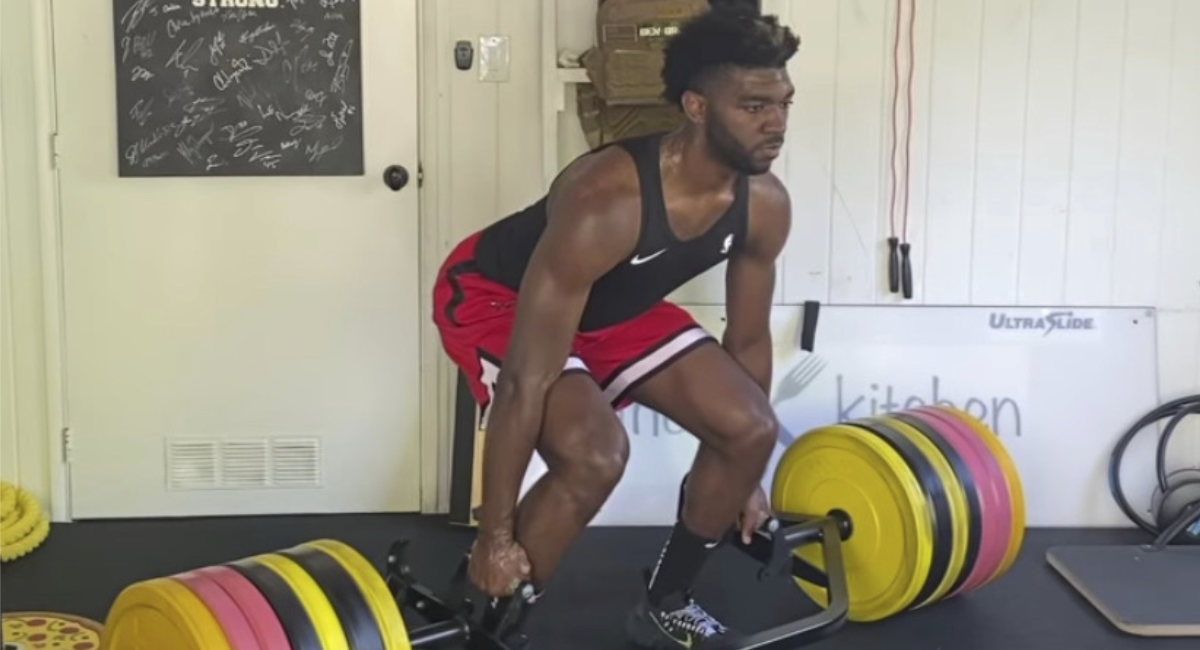 It’s about time we have some offseason workout footage to get overly hyped about!

Trainer Ben Bruno posted some great footage of Patrick Williams looking like an absolute beast on Tuesday. According to the caption, the Bulls’ No. 4-overall draft pick was pulling 465 pounds for seven reps before completing a set of curls and lunges with 90 pounds in-hand.

If you simply told me Williams did all of this … I would have 100 percent believed you. Part of his appeal coming into the league was his obvious NBA-ready physique. As the second-youngest player in the league this season, he was listed at six-foot-seven and 215lbs with a seven-foot wingspan. AKA an absolute tank. But, even with that said, there is something about actually seeing him bust through these exercises that is so damn impressive. The dude looks like he is doing everything with ease.

Hopefully, this isn’t the only glimpse we get at Williams offseason grind. Everyone young prospect needs that one minute clip of them absolutely dominating some random benchwarmers in an open gym scrimmage. I’ll be patiently waiting.