REPORT: Lonzo Ball and the Bulls Have “Mutual Interest” in Four-Year, $80M+ Deal Skip to content 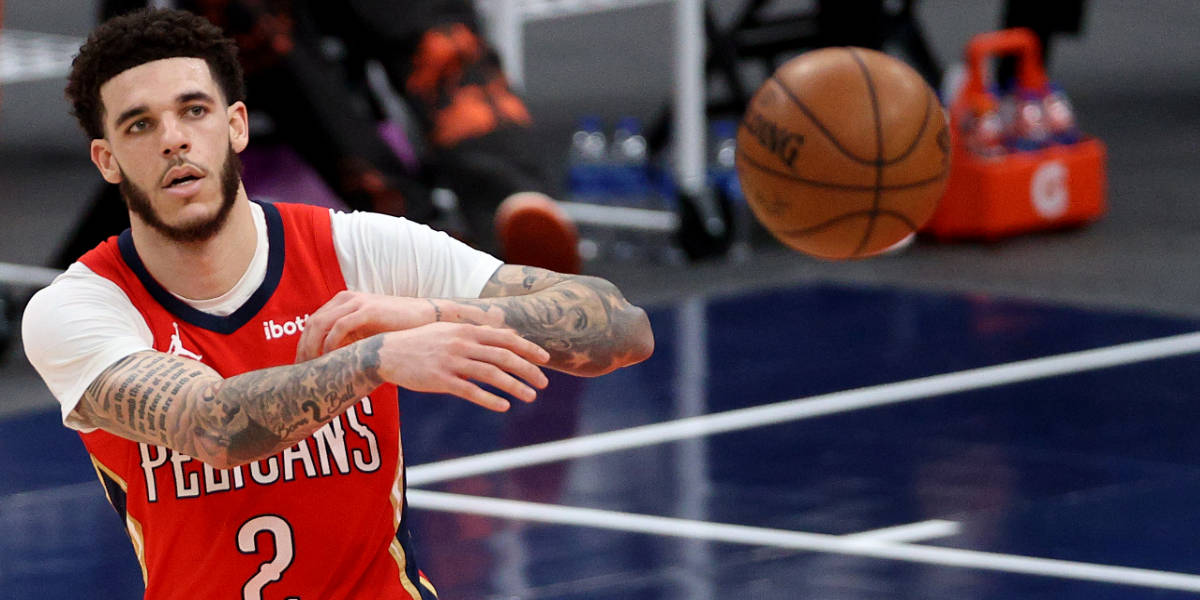 Reports have tied the Chicago Bulls to Lonzo Ball since the trade deadline, and with free agency set to start in just two days, it is almost time for them to make that final push. Numerous other teams are expected to show interest in the 23-year-old point guard, but Arturas Karnisovas and Co. could have a leg up according to a recent report from Bleacher Report’s Jake Fischer.

Ball is said to have “mutual interest” in inking a dead with the Bulls somewhere above the four-year, $80 million range.

That would still leave New York and Chicago with vacancies at point guard. For the Bulls, there’s believed to be mutual interest with Lonzo Ball on a four-year deal worth over $80 million. If the Pelicans do not renounce Ball, that agreement would have to come via an offer sheet, which New Orleans would have the option to match.

We first got word that Chicago could have a clear path at Ball earlier this month. The Athletic’s Shams Charania reported that New Orleans was “unlikely” to match a significant offer sheet for Ball that came across their desk. Then, rumors started to swirl that the Pelicans could be interested in pursuing a point guard upgrade in veteran Kyle Lowry. The organization opened a sizable amount of cap space last week for a possible pursuit in a trade with the Memphis Grizzlies. So the stage has been set for a Ball departure this summer, the bigger questions have revolved around where he might go and how much he might make.

ESPN’s Adrian Wojnarowski seemed to hint the Bulls and Ball could have mutual interest back in May, and he did it again during his Free Agency Special alongside Zach Lowe last week: “I think in a perfect world for both Lonzo Ball and the Chicago Bulls, they end up together.”

Fischer’s comment is arguably the most direct tie between these two we have seen thus far. Not to mention, a report about a pen-to-paper deal takes a rumor from juicy to … well … watermelon-level juicy. If anything, with free agency set for Monday, this makes a Ball-Bulls marriage feel likelier than ever.

As for the specific numbers being discussed, this seems to fall in the line with the amount we speculated for months. The $20 million per year range always felt like the right starting spot for Ball, but it was also always a safe assumption that this amount could grow due to the lackluster nature of this summer’s market. The Athletic’s John Hollinger put Ball’s value at roughly $22.5 million next season, also writing that something in the range of four-year, $100 million could be Ball’s ceiling. A $25 million AAV feels high to me, but a $20 million AAV feels probably too low. Somewhere in the middle is probably where a deal ultimately lands.

Of course, we still can not rule out another team swooping in to make things interesting. The New York Knicks have been rumored to have interest in Ball in the past, and they have way more flexibility to throw a massive deal his way. The Boston Celtics and Toronto Raptors are two other teams Charania threw into the mix, as well.

The fact things are heating up this much with only a few days to go until free agency does bode well for Chicago, though. Anything can happen, but the team appears prepared to make the necessary moves to pursue a significant upgrade in the frontcourt. Speaking of which, tomorrow will be a big day for the team’s finances, as Karnisovas must decide what to do with Tomas Satoransky and Thaddeus Young.