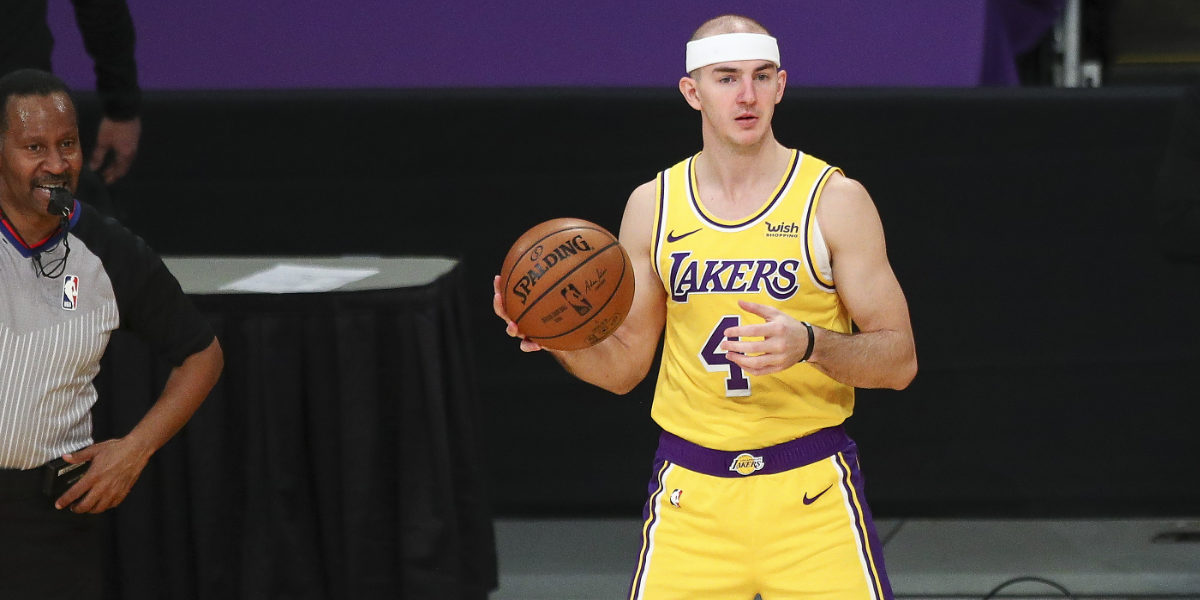 With Lonzo Ball and DeMar DeRozan in the mix, it can be easy to forget about Alex Caruso. The guard is tied to Chicago on a four-year, $37 million deal, a sizable contract that initially caught the NBA universe off guard.

However, Caruso is expected to play a pivotal role in the Bulls rotation and is considered one of the better on-ball perimeter defenders in the league (and so the price tag feels more than warranted, especially after we take a closer look).

Spotrac released their estimates on the Caruso contract, with the starting salary checking in at just $8.6 million.

ESPN’s Bobby Marks confirmed the starting number and also provided some more detail on a recent Instagram Live. According to Marks, the fourth year of Caruso’s deal is only $3 million guaranteed, which gives the Bulls a relatively inexpensive out, if need be. Marks also mentioned that the first year of Caruso’s deal leaves the Bulls with $936,000 leftover, which will be used to ink second-round pick Ayo Dosunmu to his first NBA contract.

For a guy who just entered his prime at 27-years-old, and who is also expected to be one of the team’s best defenders, this feels like a great deal for both parties. Caruso gets long-term security and likely more money than the Lakers could/were willing to pay him while the Bulls get a much-needed role player on a flexible deal.