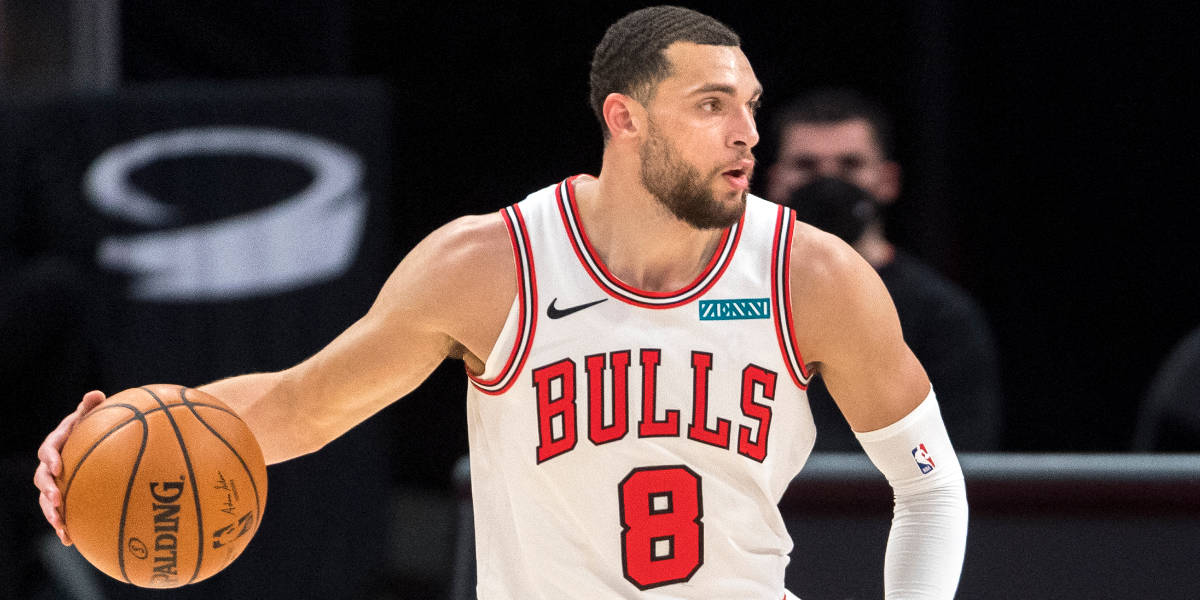 I went to my first concert in forever last night and it felt so damn good. Life might still not be anywhere near back to normal (after all, showed proof of vaccination to get in), but it was fun to pretend like it was for a couple of hours.

Now, hopefully, the next live event I’m sitting at is in the United Center!

•   With an All-Star nod on his resume and a gold medal around his neck, I think it is safe to say Zach LaVine is receiving more national attention than ever before. The league’s 7th-leading scorer is just 26 years old, and he will now play on easily the most talented roster of his career. Expectations are high for him and this entire Bulls squad, and whether or not they can meet those expectations has become a polarizing topic around the league. If one thing is for sure, however, it seems like belief in and respect for LaVine around the league continues to grow. C.J. McCollum invited NBA champion, and newest member of the Miami Heat, Kyle Lowry onto the most recent episode of the Pull Up podcast. When asked who Lowry believes is the most slept on player in the NBA, he answered immediately:

“I’m going to say Zach LaVine. He is an All-Star and all that stuff now, but people don’t understand how good he really really is.”

•   You absolutely love to hear it! The fact Lowry can so confidently say LaVine DESPITE his recent accolades goes to show just how high LaVine’s peers believe he can fly. The additions of top-tier free agents like Lonzo Ball and DeMar DeRozan only further drive that point home. In today’s league, you know a team has a truly special talent when other players go out of their way to play alongside him.

•   Comments like these from Lowry and acquisitions like the ones we saw this summer make it all the more difficult to see LaVine putting on a new jersey in 2022. While the lack of a fresh contract will continue to have people speculating, there simply is not grounds for strong skepticism. Not only has LaVine always said the right things about the Bulls organization (even during *shivers* GarPax), but this new Bulls front office has only received more proof that LaVine is a true rising star worth investing. Anyway, you can listen to the full podcast with Lowry below:

•   This is a #GoodTweet, and I do think there is a major lack of solutions presented in basketball discourse. People always like to point out what they believe a team did wrong – and, hey, everyone is entitled to their opinion – but providing a reasonable alternative solution just helps make an argument sound.

I have yet to hear an alternative plan put forth for the Bulls from all these people giving them bad off-season grades. Please, tell us who they should have signed or traded for to fit their team needs better than what they did. Genuinely curious.

•   As I have written before: If you disagree with the immediately competitive path the Bulls chose, so be it. But the Bulls did choose to go this direction, and I think they did about as well as they could with that in mind. I agree they gave up too much just to overpay DeRozan, but is that enough to knock their offseason down to the C-range (*cough* ESPN *cough*)? Especially when we consider they got two picks back in the Lauri Markkanen deal? Also, if you think they invested a lot just to become, at best, an “average” playoff team, what would you have rather seen them do? Blow it all up? Trade LaVine? Not only do they need to show LaVine they can make the next step before 2022 free agency, but an organization needs to walk before it runs. The Bulls were completely out of the picture the past few years on and off the court. What the front office did this summer was build the most talented roster since the D-Rose era and give people on the national stage a reason to talk about Chicago again. All good things, in my opinion.

•   Remember when Chandler Hutchison made a TikTok laughing at the Bulls for trading him? And in that TikTok he said he helped his new team make the playoffs despite appearing in just 18 games for that new team and averaging 5.2 points per game? Yeah, well, the Wizards traded him to the Spurs earlier this offseason and now the Spurs released him. I hope Hutchison lands on his feet (truly), but this feels like a lesson in humility.

The Spurs are releasing Chandler Hutchison, sources tell @TheAthletic. Hutchison’s salary is guaranteed for $4M in 2021-22. San Antonio acquired him as part of the five-team mega deal that sent Russell Westbrook to LA and Spencer Dinwiddie to DC.