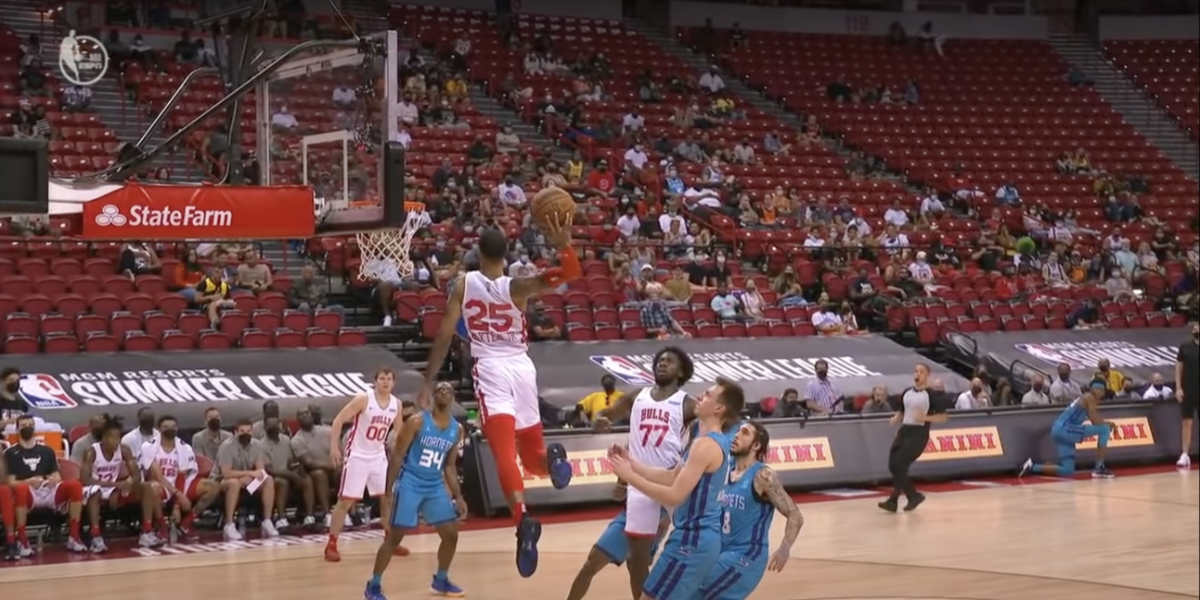 While the logistics of the contract have not yet been announced, we know the Chicago Bulls do have two roster spots and one two-way contract still available. Considering Baxter has not been in training camp, however, it feels highly unlikely he will be awarded one of the final few seats on the bench. The alternative, of course, would be that Baxter is joining the team on a last-minute training camp deal. Arturas Karnisovas and Co. can then proceed to waive him before he inks a deal with the Windy City Bulls.

You might remember Baxter from his stint with Chicago over the summer. The super athletic 6’9″ forward signed a deal with the team’s Summer League squad, but he only averaged 6.8 minutes over his four games. However, I guess that was all the time he needed to make an impression on this Bulls front office, and he will now get a chance to further prove what he can do after a relatively rocky college career.

Baxter started at UNLV in 2016-17 before transferring to Florida Gulf Coast University. After sitting out a year due to the transfer rule, Baxter only played one season for FGCU before moving to Morgan State. He then spent two seasons with the Bears making a name for himself with highlight dunks and solid scoring.

We’ll have to wait and see what other information comes out about this contract. Even if it’s short-lived, as I said, I wouldn’t be surprised if Baxter is back with the franchise as a member of their G-League affiliate.