Lonzo Ball Revenge Game, That's Why You Get DeRozan, Javonte Green, and Other Bulls Bullets Skip to content 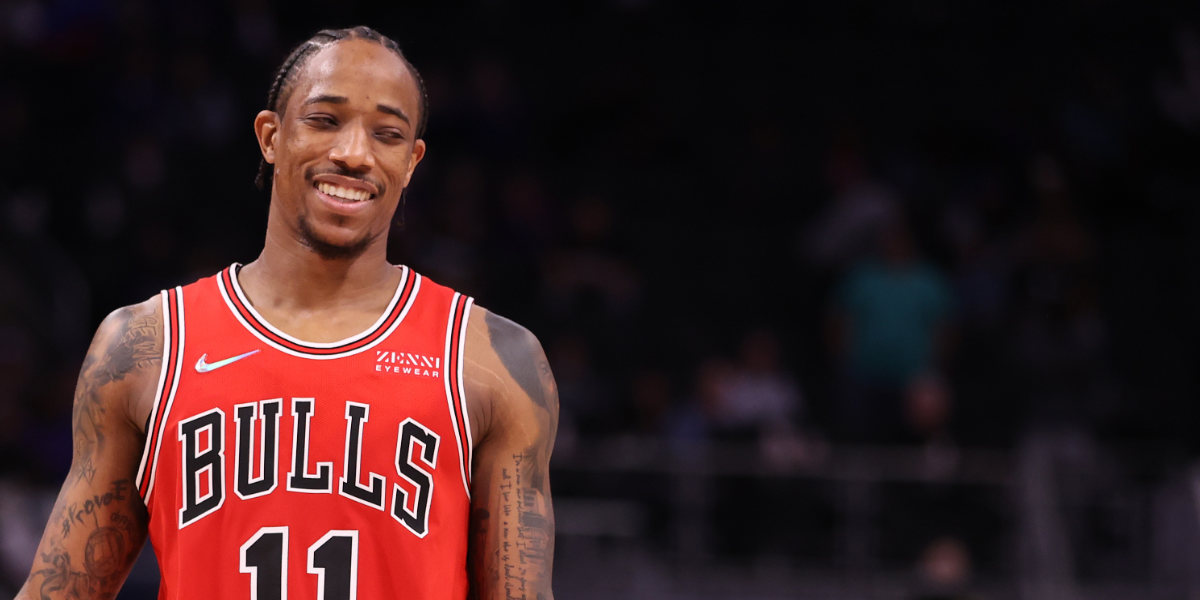 From the energy to the execution to the popcorn spilling, sitting back in the United Center last night felt special.

In fact, I could not be more excited about the potential of this Chicago Bulls team after such a dominant victory, and based on the MVP chants for Alex Caruso last night, I’d have to say the rest of the city feels the same way.

•   If you told me Lonzo Ball would have strung together a 17-10-10 triple-double in his first performance against the organization that decided not to pay him the big bucks … I would have 100 percent believed you. The 24-year-old was in full Revenge Game Mode for Friday night’s season-opener. And while Zach LaVine and DeMar DeRozan may have stolen the show, Ball was the one who allowed them to do so. He pushed the pace, fed each month, and set the tone on the defensive end (3 steals). Ball was everywhere and nowhere at the same time, playing a pivotal role in extending the Bulls’ lead to as much as 30 points while simultaneously allowing the team’s most gifted scorers to do what they do best.

•   Speaking of which, the Zach LaVine and DeMar DeRozan combination last night was chef-kiss-worthy. I briefly noted this in our postgame, but the way DeRozan was able to carry the scoring load until LaVine found his rhythm showed exactly why Arturas Karnisovas and Marc Eversley made him a priority this offseason. The Bulls have been desperate for a reliable secondary scorer since LaVine started to break the 20+ ppg threshold a few seasons ago. There will still surely be bumps in the road (it’s only the second game … and it was against a beat-up Pelicans team), but it’s becoming increasingly clear that DeRozan will fit comfortably in the confines of Bill Donovan’s system as he helps make LaVine’s life so much easier.

“I just missed a couple of easy shots, and that’s when you let DeMar, Vooch, and Zo go do their thing,” LaVine told reporters with a laugh after the game.”

•   The balance across the stat sheet in Game 2 is exactly what we want to see moving forward. Some sort of roster hierarchy is bound to take shape, but we all know this team will be at the peak of its powers when it’s working in an equal opportunity system. We all know Ball finished with double-digit rebounds and assists, but DeRozan and LaVine each added at least 6 rebounds and 4 assists apiece. Likewise, while it was an off-night on the glass for Nikola Vucevic, he brought 5 dishes to the table with 4 steals and 2 blocks. On a roster where it seems easy enough for everyone to sink into an individual role, each player seems open and dedicated to wearing multiple hats. I don’t know about you, but that should help diminish some of those lingering concerns about fit and balance of power.

Zach on the team's play so far:

"We expect to play this way. This is the most excited I've been playing basketball." pic.twitter.com/tpMgOhEyg8

•   Alex Caruso and Javonte Green are making this front office look extremely smart. Both could be considered under-the-radar acquisitions (specifically Green), and both could prove pivotal in turning the Bulls back into a winning product. The energy each player brings off the bench is as contagious for Chicago as it is disruptive for the other team. Green’s contributions, specifically, have been the most pleasant surprise. Thought of as not much more than a potential 14th or 15th man, his natural athleticism and high-energy play have been the perfect complement to this star-studded roster. He has shown a willingness to focus on the little things while (for a lack of better words) simply hauling ass every second he is on the floor. With 10 points, 2 blocks, and a +20 last night, the case for securing him 15-20 minutes a night only continues to grow.

“He is one of the biggest energy guys we have,” Ball said on Green. “Not only running the lane but playing defense. He can guard a lot of different positions, and he uses his hands very well as well. And we definitely feed off of that when he comes into the game.”

•   I can’t help but wonder … what happens when Coby White comes back? Will Donovan begin to go 10-deep to still incorporate Green? Or will Green begin to eat into the minutes of someone like Troy Brown Jr.? It’s something we are going to have to keep an eye on.

"The one thing with Javonte is you FEEL him in the game with the way he flies around, challenges shots, runs the floor, slashes, gets on the glass. You can feel him out there. I've always been a fan." pic.twitter.com/YKgnWZ10u4

•   Something You Love to See: The Bulls finished the night with 25 free-throw attempts, which is a feat we saw them reach only nine times last season. DeRozan and LaVine combined for 18 of those attempts.

•   Something You Love to See Part 2: The Bulls outscored the Pelicans 24-16 in the fastbreak.

•   A roster of Bulls legends. Those were the days.

This was 2 1/2 years ago, Bulls fans. pic.twitter.com/9xMgMNEA5T

WNBA champs, @chicagosky, pulled up to the Bulls game 🏆 @HighlightHER

If the #Blackhawks are going to trade Dylan Strome, then trade him. If not — even if that’s simply not yet — play the kid. https://t.co/QjWd4Vl4U2

•   Maybe Brady will forget what down it is again.

Mucking It Up With the G.O.A.T. and Other Bears Bulletshttps://t.co/WTXQBHmwYB