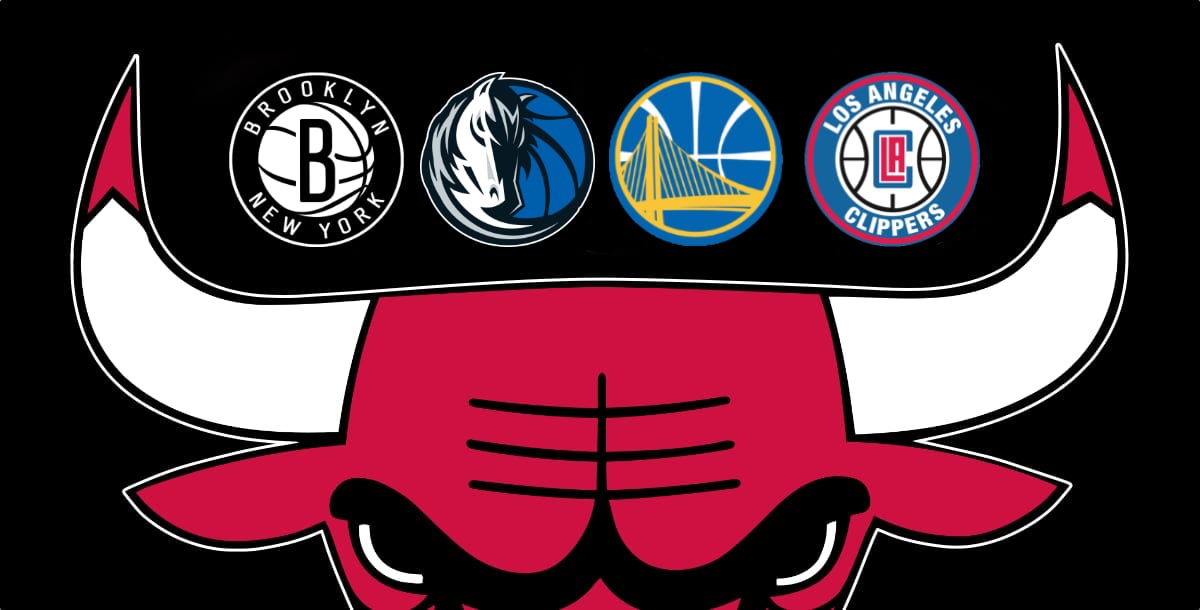 After a 1-2 performance last week … things don’t get any easier for the Bulls.

Bulls: Can Nikola Vucevic finally get comfortable? While the Chicago Bulls have still been able to get off to one of the hotter starts in the NBA despite Vucevic’s 38.0 percent field goal percentage, it’s not likely to continue if the big man can’t begin to look like his former self. The competition over the next two weeks is only going to get that much tougher, and the last thing this Bulls team wants to do is make a habit of playing catch-up against playoff-caliber opponents. Vucevic’s usage rating sits comfortably in third place on the team, and he is tied for averaging the most field-goal attempts per game in the first quarter. In other words, the Bulls are determined to run a bulk of their offense through the big man, particularly at the start of games. If Vucevic can’t begin to make strides this week – especially against a Nets team starting the undersized Blake Griffin and a Mavericks team that gives up the 7th-most points in the paint – the Bulls are going to have a hard time walking away on top.

Nets: After struggling out of the gate, Brooklyn looks much closer to the team we all expected. Kevin Durant and James Harden combined for 59 points, 15 assists, and 17 rebounds in their latest win against the Raptors, reminding everyone just how deadly that two-man combo can be. And while the Bulls may have the 7th-ranked defense in the NBA right now, no one can stop those two if they get going, which means the offense might have to go bucket-for-bucket. DeMar DeRozan and Zach LaVine have shown they can be as dynamic as any duo so far this season, ranking 4th and 5th in points per game, respectively. The Bulls have to hope both can perform to the peak of their powers on Monday.

Mavericks: A 24th-ranked Net Rating does not feel like it should translate to a 6-3 record, but the Mavericks have found a way. Luka Doncic and Co. have been similar to the Bulls in their ability to hang around a handful of games before stomping on their competition in the final frame. The Mavs are currently 4-0 in clutch games (contests within 5 points with 5 minutes to go), and their Net Rating sits at much better 11th-overall in these situations. To make sure they don’t become this squad’s next victim, the Bulls must pound the paint and protect the perimeter. Dallas allows the 7th-most points in the paint per game while also averaging the 2nd-fewest points in the paint on the other end. Instead, the Mavs chuck up plenty of 3-balls, as they have averaged the 2nd-most through their first nine games of the season.

Warriors: After a one-year hiatus, the Golden State Warriors are back. As the team with the best record in the league heading into this week, they have looked like the most balanced team in the league. Opponents have scored the second-fewest points on the Warriors defense while the Warriors have averaged the most points per game thus far. Fortunately, Chicago does seem somewhat well-equipped to handle the fast-paced nature of this Warriors offense, which currently ranks 5th in PACE. The Bulls and Warriors each sit top-3 in fast-break points per game, as well as 4th and 5th, respectively, in points off turnovers. So get ready for a lot of running and (hopefully) a lot of buckets.

Clippers: With Kawhi Leonard on the sideline, the Los Angeles Clippers have locked in on defense. The team forces the 2nd-most turnovers per game, and their defensive rating sits 3rd-best in the league. But, make no mistake, this group can get as hot as anyone on the offensive end, and they reminded everyone of that with a 22-0 run against the Hornets to pull off the 120-106 victory on Sunday. Paul George has been the catalyst at both ends of the floor, averaging an absurd 27.0 points, 8.2 rebounds, 5.2 assists, and 2.7 steals per game. The Bulls have the sheer firepower to give this Clippers’ team trouble, but if they show up flat, the two-way ability of George and experienced play of guys like Reggie Jackson, Nicolas Batum, and Luke Kennard can take advantage.

Last Week’s Question: How much more of Derrick Jones and Tony Bradley do we see in the rotation now that Patrick Williams is set to miss time?

Both Jones and Bradley now appear to be staples in the second unit, giving the Bulls a much-needed boost in the frontcourt with their rim-protecting and rebounding ability. Jones, specifically, has shown promise as a contributor on both ends of the floor, using his length to become second on the team in blocks and his athleticism to become a strong cutter and lob threat. His 12-point outing against the 76ers (with a 6-6 performance from the FT line) felt especially encouraging. In fact, it’s hard not to wonder if Jones could be worth a shot in the starting lineup sometime soon. The 24-year-olds energy and high-flying power could provide an interesting boost to this Bulls team that has gotten off slow time and again.

This Week’s Question: Are we still talking about Nikola Vucevic’s bricks?