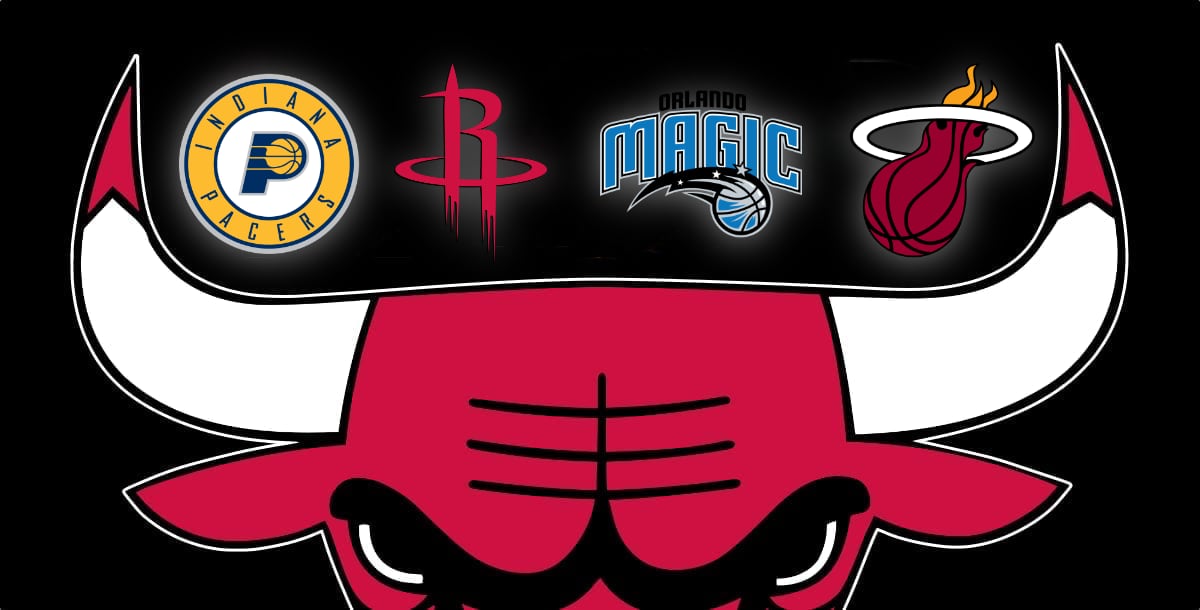 The Bulls went 3-1 last week and check-in at 12-5 as they head into this week, and boy is the view nice from the top!

Top of the morning ☀️ pic.twitter.com/fubQc5GQXJ

The Bulls have a busy week ahead, but they also have an excellent opportunity to pad their record as they find themselves in a soft spot in the schedule for arguably the first time since opening week.

*Note: Nikola Vucevic has been ruled out for Monday night’s matchup with the Pacers, but he has been cleared to rejoin the team and could potentially enter the starting lineup later this week.

Bulls: After a grueling west coast road trip and a Sunday night matchup with the Knicks, the Bulls play a couple of NBA bottom-feeders. Of course, as much of a relief as that is, this Bulls team can’t take anyone lightly. Any opportunity to stack wins in this competitive Eastern Conference is important, and with the way this team has played as of late, there is arguably no reason for them not to walk out of this week with at least three wins. With that said, my hope is that the Bulls can get out to comfortable and early leads against teams like Rockets and Magic. Zach LaVine and DeMar DeRozan are due for a bit of a load off after the past 13 games, and being able to lean more on players like Lonzo Ball, Coby White, or even Ayo Dosunmu for some offense would give these two some well-deserved rest before a tough matchup later in the week.

Pacers: Much like the New York Knicks, the Indiana Pacers have frontcourt firepower that can hurt this undersized Bulls team. Domantas Sabonis and Myles Turner are both versatile big men who crash the glass hard and space the floor. For Chicago, it will take another communal effort to keep these two from dominating the rebounding department and scoring at the rim. The good news, however, is that whatever the Bulls do give up inside on one end can be made up for on the other. Indiana has forked over the 5th-most points in the paint per game so far this season, opening the door for an aggressive Zach LaVine and DeMar DeRozan to take care of business.

Rockets: To be honest, there isn’t anything much to say about this matchup. The Rockets have won just one game so far this season as they are in full-blown rebuild mode. I guess I would just advise you to watch No. 2-overall pick Jalen Green make a few highlight-worthy plays. Oh, and I suppose we should watch out for the Daniel Theis “revenge” game.

Magic: The Orlando Magic might only have four wins on the season, but they are frisky. The young bunch has picked up surprise wins over the New York Knicks and Utah Jazz so far this season, and they have also come within only a few baskets of teams like the Brooklyn Nets and Washington Wizards. A big reason for that is their equal opportunity offense that currently has six players averaging in double-figures. One of those players is Wendell Carter Jr., the former lottery pick Chicago sent to Orlando at the trade deadline last season. Carter has been having a very solid season averaging 12.5 points, 9.2 rebounds, and 2.4 assists per game. The big man has finally started to extend his range too, shooting an efficient 43.1 percent from downtown on 3.8 attempts per game. I’m not necessarily saying the Bulls should fear what Carter brings to the table this week, but there is no question he will play with a little extra juice as he matches up with his old team for the second time. Remember, he already had a very solid 19 points and 12 rebounds against the organization last season.

Heat: I’ve had this one circled on the calendar for a while. Both teams made big free agency moves this summer in hope of vaulting up the Eastern Conference standings. And, so far, both have done just that. The Heat are one of the most well-balanced teams in the league thanks to the defensive intensity of guys like Kyle Lowry and Bam Adebayo as well as the offensive firepower or Tyler Herro and Jimmy Butler. Chicago has the personnel to match up quite nicely with this revamped group, but the question is whether or not they have the bench scoring. Herro has been on a mission this season to prove his worth, averaging 21.6 points per game in an off-the-bench role. So while the Bulls starters try to keep up with the scoring of Lowry, Butler, Adebayo, and Duncan Robinson, the hope will be that Coby White can combat some of what Herro has to offer.

In his first three games of the season, Coby White looked like, well, someone who hasn’t seen game action in a long time. The third-year guard shot a combined 1-of-11 from the floor (0-for-5 from three-point range) and only played 10-11 minutes per game. Sunday night, however, looked much more like what we’ve grown used to seeing from White. The third-year guard scored 14 points on 5-of-11 shooting (3-of-6 from three) in 21 minutes of action, much of which came in the fourth quarter of a tightly contested game with the New York Knicks. So, yes, Coby White indeed started to look more comfortable after Sunday night’s performance against the Knicks. Let’s hope it stays that way against a lighter schedule this week.

This Week’s Question: When Vucevic returns, will we continue to see Derrick Jones Jr. handle small-ball minutes at the five?