After a blowout loss to the Indiana Pacers and an absolute stinkfest against the Houston Rockets, that is exactly the kind of performance the Bulls needed to ease the tension. From start to finish, this group looked like the one that rattled off an above-.500 stint in a brutal Western Conference road trip and easily took down a juggernaut like the Brooklyn Nets. They looked like the team that shot up power rankings and garnered legitimate respect around the league for the first time in quite some time.

Five players scored in double figures, shooting a pretty stellar 55.8 percent from the field and 50.0 percent from downtown. In fact, the team’s 17 makes from downtown marked a season-high, as Lonzo Ball, Zach LaVine, and DeMar DeRozan all nailed at least three 3’s.

What stood out most tonight, however, was the play of Coby White. The third-year guard showed exactly what role he can play for this Bulls team with 20 points on an efficient 9-11 performance off the bench and just one turnover. Overall, he finished with a game-high+39, taking some immense pressure off the rest of the Bulls starters and helping the entire team gain command of this game early on. His offensive firepower ultimately led to LaVine, DeRozan, and Vucevic all playing fewer than 30 minutes, which is something that feels particularly noteworthy with a tough matchup tomorrow night against the Miami Heat.

Speaking of which, this will be the true test of whether the Bulls team of three games ago is officially back with us. Miami is no joke, but fortunately … I think I’d still say the same about the Bulls. 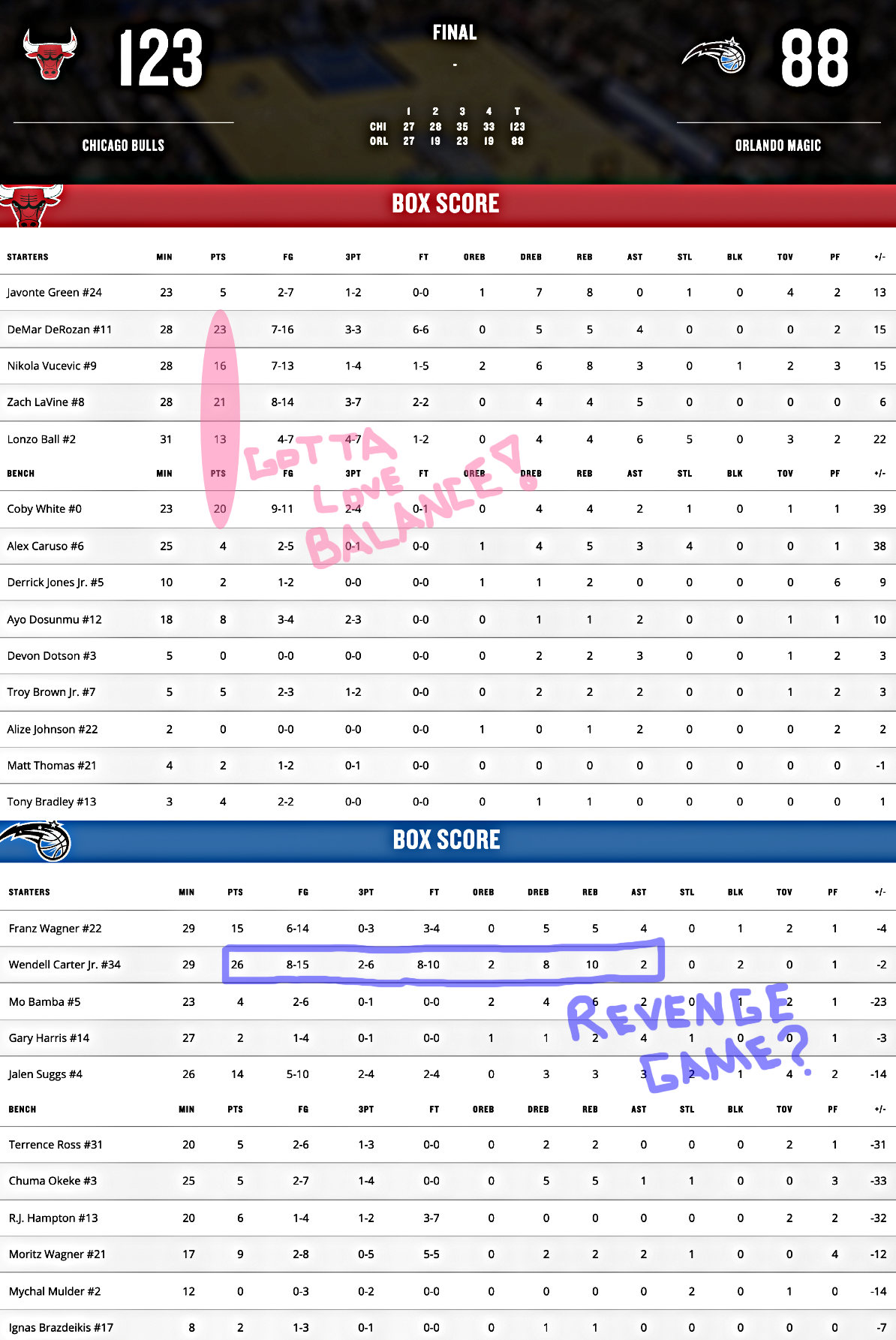