I think I died and came back to life approximately 21 times during that game. Why 21, you ask? Well, that number represents how much the Bulls led by in the first half before basically blowing it all in the opening six minutes of the third quarter.

After arguably the team’s most dominant first half of the season, where they shot a ridiculous 57.4 percent from the field in a silent Madison Square Garden, the New York Knicks flipped the script. Out of the locker room, New York went on a 25-10 run to cut the Bulls lead down to just 3 points. From there, it was an entirely new ballgame that looked much closer to the physical and closely-contested games we saw these two play in their first two matchups of the season.

The 4th-quarter, specifically, was an absolutely chaotic affair. The Knicks were able to grab their first lead since the first quarter on an 8-footer from Julius Randle. Then, in a mix of botched wide-open 3’s from Lonzo Ball and sloppy turnovers from both teams, a back-and-forth affair ensued. Zach LaVine and Randle traded some of the biggest buckets of the game before DeMar DeRozan stepped in to do what he does best: Close.

With the Bulls up two thanks to some Zach LaVine free throws and a missed Derrick Rose 3-pointer, DeRozan drove straight to the rack, side-stepped Rose, and finished the layup to give the Bulls a two-bucket advantage. He would proceed to finish the game at the line with four-made free-throws in the final 11 seconds.

Yes, it was another game that showed how valuable it is to have a roster full of high-level scorers. But, unfortunately, it was also another game that showed the Bulls struggle to hold onto a big-time lead. While New York deserves credit for ramping up their defensive execution and clawing their way back into the game, the Bulls showed the same lack of urgency that hurt them in games against the Portland Trail Blazers, Philadelphia 76ers, and Houston Rockets this season. So, yes, I’m glad the team had their clutch abilities on full display once again, but there is a level of consistency this team still needs to reach. 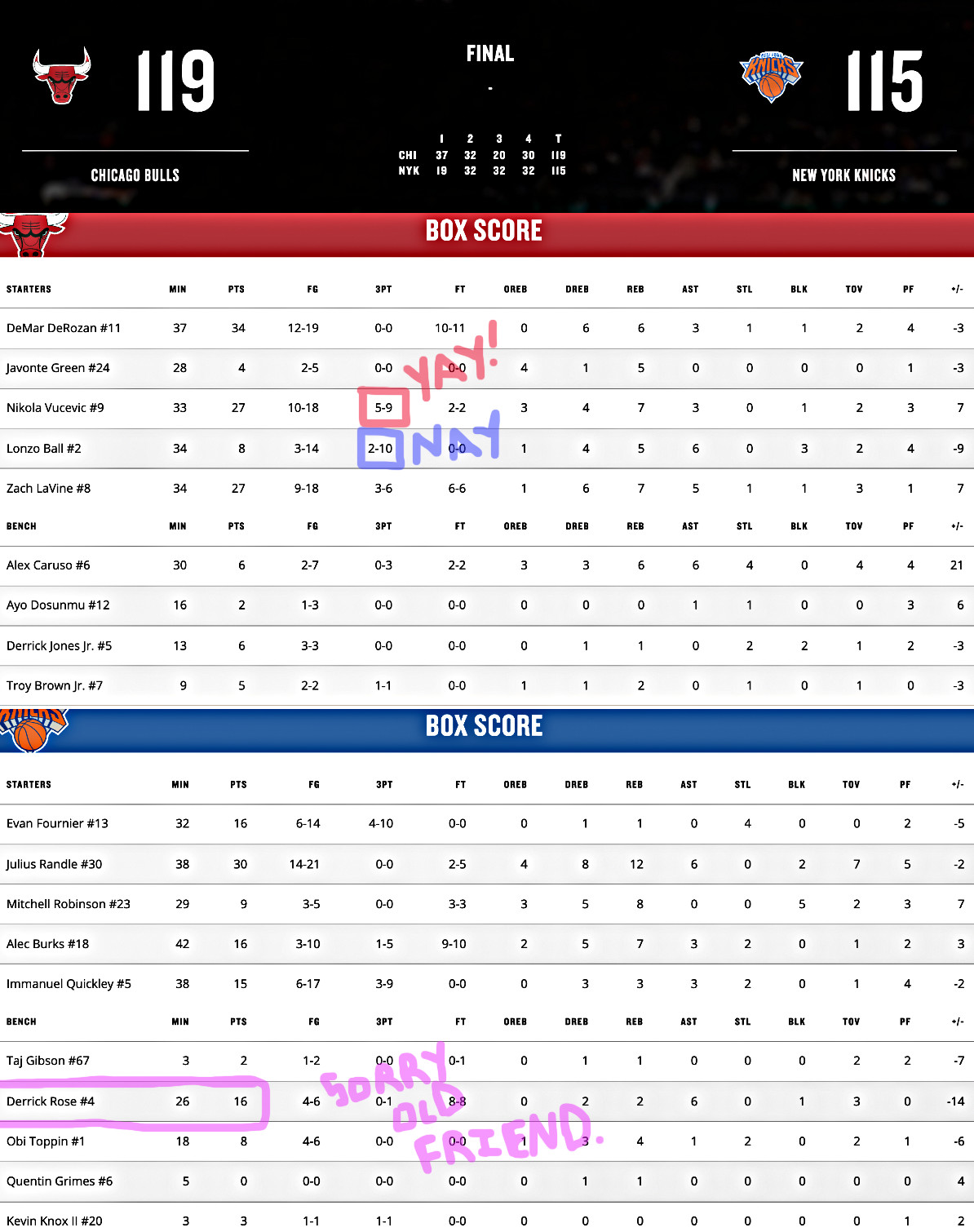