Whoa: The Hawks Just Traded Cam Reddish to the Knicks Skip to content 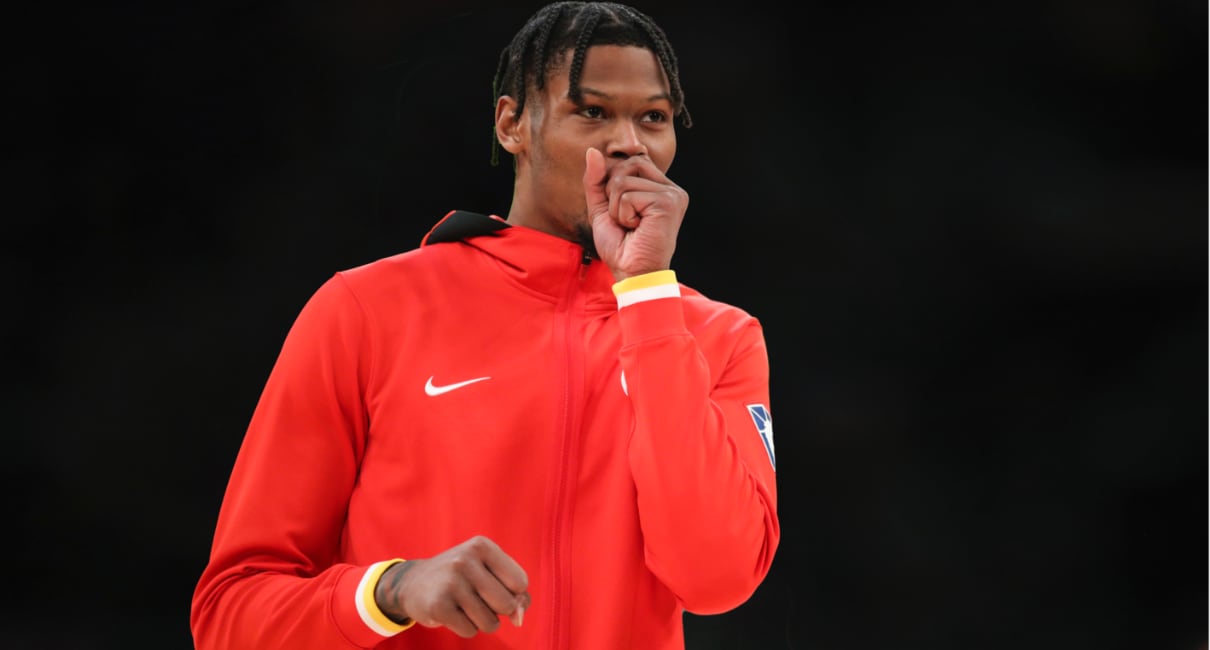 The New York Knicks have jump-started the 2022 trade season.

According to ESPN’s Adrian Wojnarowski, the New York Knicks have acquired 2019 No. 10-overall pick Cam Reddish, Soloman Hill, and a 2025 second-rounder via Brooklyn from the Atlanta Hawks in exchange for a protected 2022 first-round pick and forward Kevin Knox.

New York is including Kevin Knox in trade to Atlanta, sources tell ESPN.

The trade comes between two 2021 Eastern Conference playoff teams who are fighting to work their way back up the standings. New York has plummeted since a hot early-season start, dropping to 11th in the East with a .500 record. Meanwhile, the Hawks have failed to ever find their footing after a shocking Eastern Conference Finals run last season. Despite the elite efforts of the NBA’s 4th-leading scorer, Trae Young, the Hawks sit at a troubling 17-23 and 12th in the conference.

For New York, they add a former lottery pick whose ceiling remains plenty high at 22-years-old. Reddish provides great length at the wing with a 6’8″ frame and 7’1″ wingspan. His athleticism and defensive potential make plenty of sense for a Knicks team that is trying to build a sustainable winning product around fellow 2019 lottery pick R.J. Barrett. Reddish has also demonstrated improved scoring this season, averaging 11.9 points with a 40.2 percent clip from the field and 37.9 percent clip from behind the arc.

For Atlanta, this is pretty confusing. Not only does it feel like they could have gotten a much better return for a once-coveted prospect, but it deprives them of a real asset in trade conversation down the road. The organization must have thought that moving Reddish’s salary (along with Hill’s) and adding a future draft selection would be more valuable in the upcoming trade market. The Hawks have been rumored as one of the teams focused on improving over the next several weeks, so we’ll have to see whether this move is a precursor for a much bigger upgrade (one can only imagine, right?).

Finally, for Chicago, it’s just another reminder that several teams at the bottom of the totem pole are going to try to fight their way back to the top this trade season.

The NBA trade deadline is officially less than one month away, and the Bulls have gone from the chaser to the chased.

Super curious to see how this FO handles a deadline where they're near the top, especially if other teams start to close the gap.https://t.co/KN2fM0MlAr