At least we can say they tried. Like, really really tried.

Down Zach LaVine, Lonzo Ball, Alex Caruso, Derrick Jones Jr., Javonte Green, Patrick Williams, and Tyler Cook, the Chicago Bulls walked into a hostile environment in Boston and brought things down to the final buzzer. Look past the final score for a minute, and there is no question that was one of the better team efforts we saw from Chicago this season. It was the exact opposite of the sloppy, undisciplined, confusing play we saw over the previous two games and far more indicative of the Bulls team we watched grab the No. 1 seed in the first place. The only difference is … they couldn’t snatch the win.

On the team’s final possession, Nikola Vucevic missed a good look at the top of the key before DeRozan missed a fadeaway mid-range jumper off the rebound. Painful, but it’s hard to be too upset with either considering their overall valiant efforts. Vucevic finished the night with a team-high 27 points to go along with 6 rebounds, 6 assists, 2 steals, and 1 block. Meanwhile, DeRozan scored 23 points with 8 rebounds and 7 assists – 14 of those points came in the final frame.

In many ways, both stepped up in the exact way head coach Billy Donovan needed, and the same can be said about Ayo Dosunmu. The rookie had a career-high 21 points to go along with a team-high 10 assists, finishing with his first NBA double-double. He shot 9-10 from the field, including a perfect 3-3 from downtown. His defense on Jayson Tatum was also pivotal in keeping this Bulls team afloat until the final 10 seconds.

At the end of the day, this is a loss you can live with. I’ll still hit the hay tonight frustrated with a three-game losing streak, but I feel better about where this team stands, and I’m hoping this game can still help break them out of the funk they fell into earlier this week. 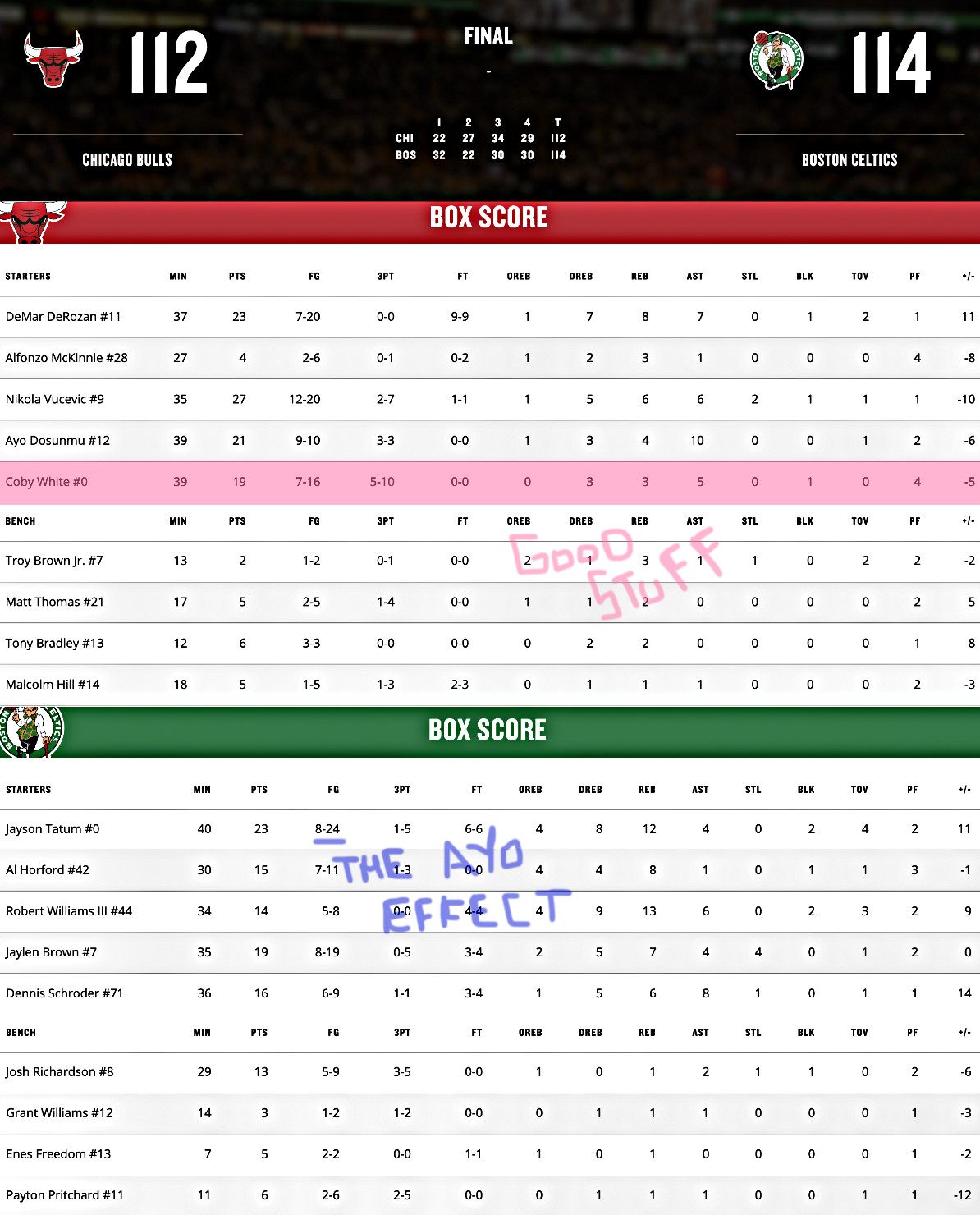