The national television curse has been lifted!!

After a trio of brutal blowouts against the Nets, Warriors, and Bucks on ESPN – and then one against the Memphis Grizzlies on TNT – the Chicago Bulls finally dominated on the big stage. After a back-and-forth first quarter, the Bulls took complete control by outscoring the Charlotte Hornets 30-16 in the second half. Charlotte certainly didn’t help themselves by shaking some wide-open looks – which the Bulls took full advantage of in transition – but there was also a noticeable burst in the team’s hustle on the defensive end.

Coming out of halftime, the Bulls practically entered full cruise control mode (in a good way!), relying on the efficiency of their “Big 3” against the NBA’s 24th-ranked defense to snap their brief two-game skid. Zach LaVine, DeMar DeRozan, and Nikola Vucevic combined for 81 points on a 61 percent shooting performance from the field. It was almost a copy-and-paste performance from the first time these two teams met back in November when the three star had one of their most impressive offensive showings of the season.

Narrator: They did it again.

We talked about this earlier this week in bullets, but I’ll reiterate: The Bulls still have the firepower to take care of the teams outside the top-5 in the East, and they must do so on a consistent basis with all the injuries that have stacked up. Fortunately, that’s what we saw tonight, and we have to hope they can carry this momentum into Friday’s matchup against the surging Timberwolves.

Also, while I know we all recognize this already, I just want to say that the Bulls play some of the most fun and effortless offensive basketball when they are in a groove. So unselfish. So efficient. They make it look so dang easy, and it’s such a pleasure to watch after all these years. 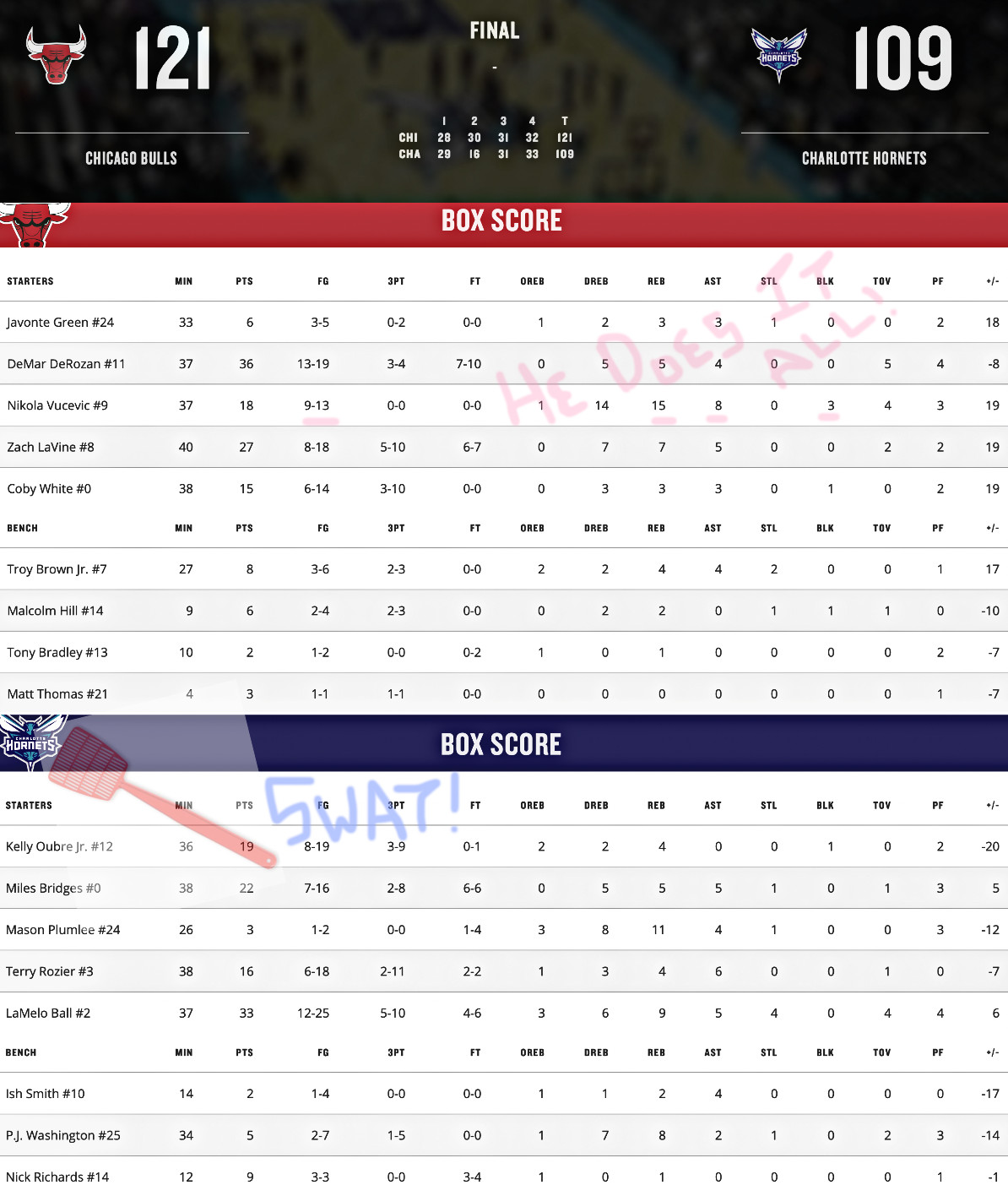