While the game may have meant nothing for the playoff race, it sure looked like it meant something to Patrick Williams.

With Zach LaVine, DeMar DeRozan, Nikola Vucevic, Alex Caruso, and Coby White all on the sideline for the Bulls’ final regular-season game, the car keys were sitting right in Williams’ lap. From the moment the game tipped off, the second-year forward looked like he was back in Las Vegas for Summer League. Williams hunted his spots on the floor and used his athletic frame to bully the Minnesota Timberwolves in the paint. He flashed almost every part of the offensive skillset we’ve been waiting to see play a bigger role on this team, and it all led to a career-high 35 points on an efficient 10-21 from the field.

Uh, this is a special move from Pat 👀

No, this isn’t the Williams we are going to see when the playoff start up next week, but one can only hope this performance goes a long way in helping Williams understand what he’s capable of. Whether it be his decisive movement off the ball or his fierce attacking off the dribble to force his way to the free-throw line, the Bulls can only benefit from a more physical and aggressive Williams in the postseason.

We can say a lot of the same things about Ayo Dosunmu’s potential postseason role. The rookie dropped a career-high 26 points with 6 assists in a solid +10 performance on the night. While he struggled at times with turnovers, it was still a promising performance from a young player that will be forced to carry a significant burden as a key floor general in the upcoming first-round series.

It’s Official: The Chicago Bulls Will Draw the Milwaukee Bucks in the First Round of the Playoffshttps://t.co/zwMmf8G3Ml pic.twitter.com/qanVWBX75l

Considering how uneventful this team has been in recent weeks, it was just nice to see a group go out there and work their butt off. Let’s hope this can somehow rub off on the rest of this roster.

Now … onto the playoffs. *gulp* 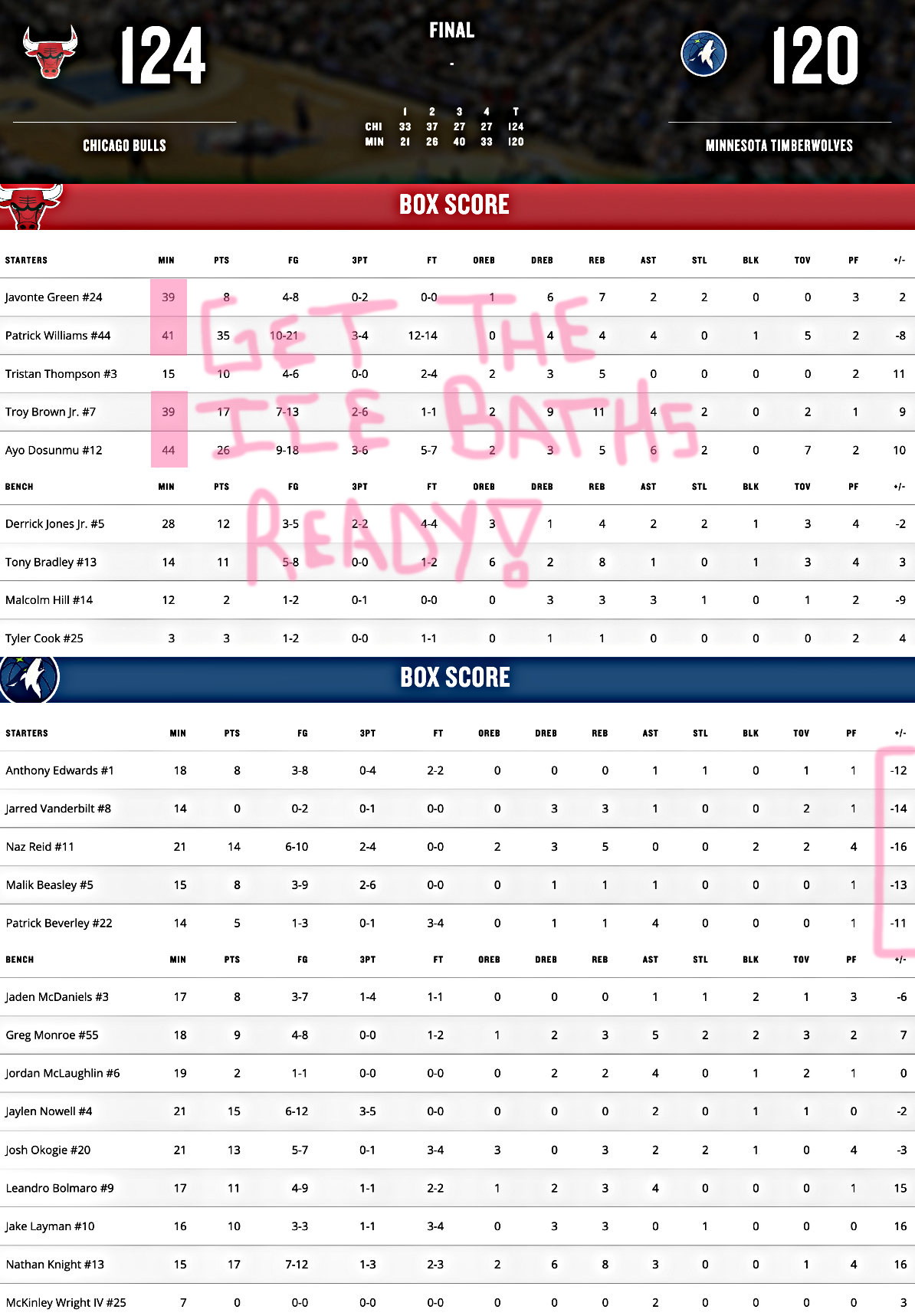