The Chicago Bulls might as well have walked on the court and sat down the moment the ball tipped. Without Zach LaVine and Alex Caruso on the home court of the reigning champions, there was just no path to victory tonight. The Bucks dominated the Bulls in two-straight games at home, and they carried every ounce of that momentum into Milwaukee, outscoring the Bulls 34 to 18 in the 1st quarter.

They went on to take a lead as large as 29 points, and (to their credit) the Bulls continued to fight to the best of their undermanned ability. However, that only allowed the Bulls to briefly cut the Bucks’ lead down to 11 points in the 3rd quarter before quickly finding themselves back down 20+. The broadcast was questioning the effort level of this squad, which was something that certainly rubbed me the wrong way. I get that it’s frustrating to watch a game look this non-competitive, but I truly don’t think it was for a lack of trying on the Bulls’ part.

And, sure, perhaps that only makes it more embarrassing, but I do think the Bulls came in with the right game plan. They knew Milwaukee was going to double-team DeMar DeRozan and do everything they can to take him out of the game. They also knew that would leave even more wide-open 3-pointers on the table, and they would have to hit those 3-pointers to stand any chance at pulling off the win. Thus came a franchise-record 52 three-point shot attempts from downtown, which resulted in just 15 made baskets.

The Bulls have set a new franchise record for ANY game with 49 3-point attempts.

A growing trend throughout this series, tonight was yet another painful example of why the front office must address the team’s bench this offseason. More reliable shooting will be a must to keep this team trending in the right direction, as will more formidable frontcourt rim protection.

But, hey, we’ll have plenty of time to talk about all of that over the next handful of months. For now, I’m just going to reflect on everything we’ve seen this season and go book my vacation to Miami. All things considered, I see this season as a significant step in the right direction. The front office must show they can continue to build off of it, but there is no question the foundation they have right now is better than anything Chicago has seen in quite some time. Onward. 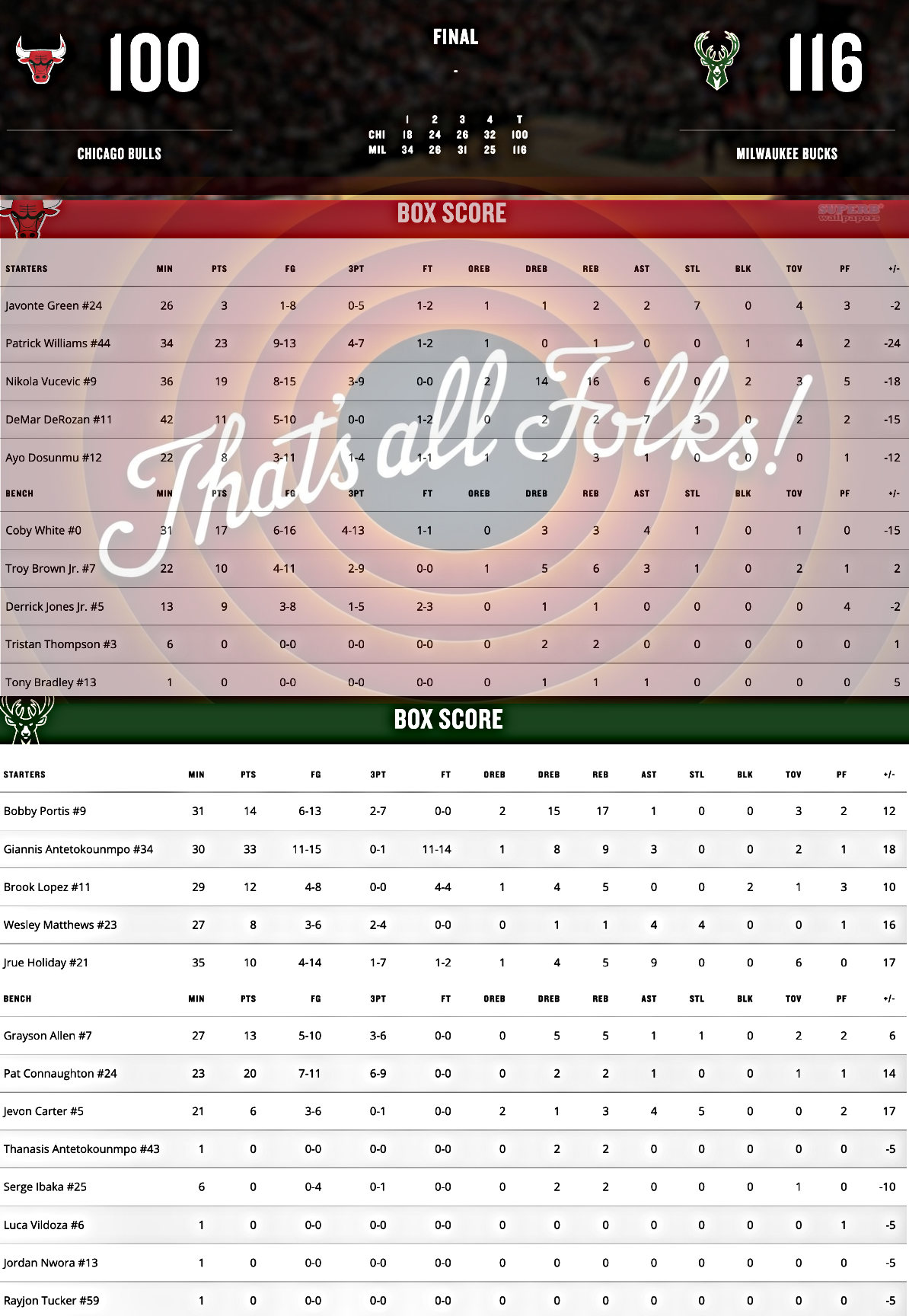