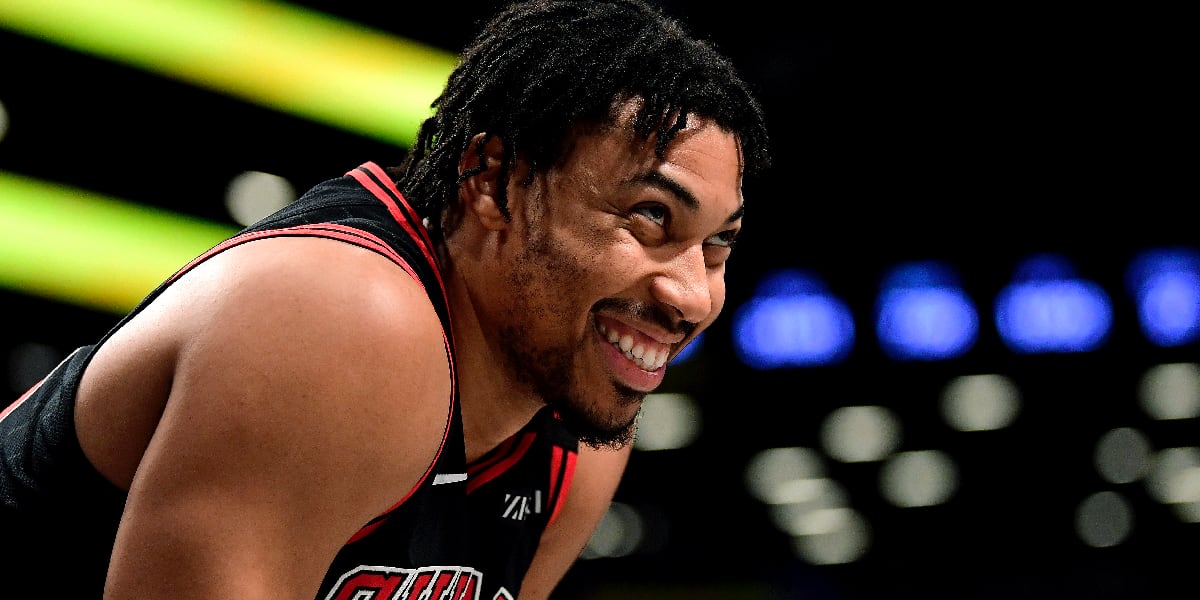 With the Conference Finals set to tip-off tonight in Miami, we might as well talk about some familiar faces who could pop up.

Jimmy Butler is on the verge of his second NBA Finals appearance in three seasons. A three-time All-Star with the Chicago Bulls – and a six-time All-Star overall – Butler has cracked the playoffs every single season since the organization traded him to Minnesota in 2017 (#Pain).

His continued postseason success has made it hard to cope with exactly how things ended in Chicago. However, without his departure, we likely wouldn’t have seen the franchise experience the necessary front office changes it did over the past couple of years. There is also no guarantee Butler would have gone on to achieve the same level of individual success due to that previous incompetent leadership upstairs. So, all things considered, it’s a breakup that likely needed to happen, but that doesn’t mean we can’t still cheer him on.

While I couldn’t care less about the Miami Heat’s success as a whole, I do think it would be pretty darn cool to see Butler put a ring around his finger. An underrated player who has done nothing short of impact winning on every stage, he’s already put together one heck of a playoff run. Butler has averaged 28.7 points on 52.5 percent shooting from the field and 36.4 percent shooting from downtown over his 10 playoff games thus far. He’s also hauled in 7.6 rebounds and dished 5.4 assists per game.

Remove Giannis Antetokounmpo’s individual performance from the equation, and Butler has arguably had the best postseason, and there is no question he’ll have to keep that up to take down a favored Celtics team.

You may not remember the current Miami Heat starter and role player, but his first season in the NBA came with the Chicago Bulls. The organization inked the undrafted rookie to a two-way contract during the 2019-20 season. Over that time, he went on to appear in just two NBA games where he combined for just a little over six minutes played.

In the G-League, however, the Windy City Bull put on quite the entertaining show. Strus averaged 18.2 points with 3.2 assists and 5.9 rebounds per game. He was a 3-point chucker and sneaky athletic flyer who hustled on both ends of the floor. But, in December of his rookie year, the former DePaul Blue Devil tore his ACL. Once the front office swap happened later that offseason for Chicago, Arturas Karnisovas and Marc Eversley went on to let Strus walk.

The Heat scooped him up for the 2020-21 campaign and have since groomed him into quite the impactful rotation player. Strus appeared in 68 regular-season games this season – starting 16 – and averaged 10.6 points and 3.0 rebounds with a 41.0 percent success rate behind the arc. He’s also started all 11 of his playoff games so far this postseason, bumping his points per game up to 12.5.

All things considered, it’s hard not to watch Strus become a consistent catch-and-shoot threat – as well as a scrappy wing defender – and not think about how he would have fit on this Bulls’ roster. We don’t know exactly know what the future holds for him, but the Bulls’ new front office may have moved on too soon.

Daniel Theis is back where it all started.

After the Bulls decided to send Theis to the Houston Rockets, where he signed a lucrative four-year, $35 million deal, the Boston Celtics went on to re-acquire the big man at this season’s trade deadline. Theis played his first three seasons in the NBA with the franchise, carving out an increasing role and eventually starting 64 of 65 games in 2019-20.

The Bulls added Theis to their roster at last season’s trade deadline in a three-team deal that also involved the Washington Wizards. As the organization pushed for a potential Play-In Tournament appearance, Theis became an immediate staple in the rotation and averaged 10.0 points with 5.9 rebounds on a 52.2 percent clip from the field. He offered a decent enough jump shot with a unique enough ability to switch onto smaller defenders to clock starting minutes alongside Nikola Vucevic.

However, traditionally an undersized center, a future with Theis at the four wasn’t sustainable. The big man was also due a pay raise the Bulls couldn’t afford, which ultimately led to his sign-and-trade deal to the Rockets.

Theis is now back to playing an important rotational role for the Celtics during these playoffs, clocking roughly 13.4 minutes per game.

Yes, Luke Kornet is on the Boston Celtics.

The big man played 49 games during his career with the Chicago Bulls, struggling to carve out any kind of consistent role in the frontcourt. While he carries a seven-two frame and a streaky 3-point shot, his shot-blocking nor his offensive game has proven reliable enough to become a mainstay anywhere in the NBA.

After leaving the Bulls in the same trade that netted the franchise Daniel Theis, he appeared in 18 games with the Celtics last year. The organization then waived the center earlier this season, and Kornet would go on to spend most of his time with the franchise’s G-League affiliate (outside two brief 10-day contracts with the Cavs and Bucks). Boston then re-signed Kornet to a big-league contract through the remainder of the season in February.

He currently sits outside the Celtics playoff rotation and has only appeared in blowouts so far this postseason.

So, yeah, I guess you could say Jim Boylen’s assessment of the Kornet was just a little off!

Jim Boylen says Luke Kornet reminds him of Robert Horry. Stacey King could not contain his incredulity after hearing this news. pic.twitter.com/B9tkjUHEGQ

Outside of Jimmy Butler, Spencer Dinwiddie carries the most important role for a current Conference Finals team.

If we want to get technical, Dinwiddie never stepped on the floor for a regular-season game with the Chicago Bulls, but he does have a relatively interesting history inside the organization. The franchise first acquired him in 2016 after trading Cameron Bairstow to the Detroit Pistons. The trade was a relatively uninteresting swap of two former second-round selections, and Dinwiddie went on to spend most of his time in the G-League (after being waived on and off).

Over nine games with the Windy City Bulls, Dinwiddie averaged an impressive 19.4 points, 8.1 assists, 2.2 steals. He also averaged 6.8 free-throw attempts per game and shot over 40 percent from long-range on 3.2 attempts per game. In other words, he looked good enough for another big-league chance, but the Bulls (high on their Three Alphas roster) let the Brooklyn Nets sign the G-League talent out from under them.

Dinwiddie went on to build quite the name for himself while in Brooklyn. He was there for five seasons and helped push the franchise into the postseason alongside D’Angelo Russell during the 2018-19 season. Then, he went on to have a career year in 2019-20 with 20.6 points and 6.8 assists on his way toward another postseason appearance.

The following season, however, Dinwiddie played in just three games due to a partially torn ACL. With his role now up in the air due to the presence of Kyrie Irving and Kevin Durant, he went on to leave the franchise and sign with the Washington Wizards. He lasted just 44 games alongside Bradley Beal before the front office dealt him to Dallas at this season’s trade deadline.

On the brink of becoming a journeyman, Dinwiddie has looked like he’s found a new home. He’s started to perform more like his old self alongside Luka Doncic in a largely off-the-bench, sparkplug role. The Mavs have now leaned on him 28.3 minutes per game during these playoffs, and Dinwiddie has averaged 13.2 points on a much-needed 40.0 percent clip behind the arc.

Here’s an incredibly annoying stat: Otto Porter appeared in more regular-season games with the Golden State Warriors this season (63) than he did in three seasons with the Chicago Bulls (54). Like … come on.

I don’t think I need re-hash Porter’s past. His Chicago story (or lack thereof) has been well-documented over the past couple of seasons. The guy was supposed to be another key piece of the Bulls’ new puzzle, but injuries completely derailed his continued development and impact.

What he’s done this year in Golden State, though, is show folks the new kind of role player he can be if he can stay on the floor. Porter has shot 37.0 percent from downtown while averaging almost 6.0 rebounds a game to go along with 8.2 points. I have to imagine he’s done enough to earn himself part of an MLE this season, but we’ll see what happens.