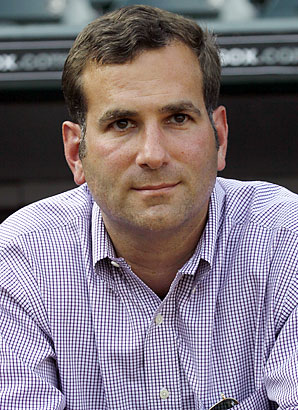 And, if those are true, then Rick Hahn is the “favorite” of the Chicago media.

The 40-year-old Chicago White Sox Assistant GM is considered by many to be the top assistant in the game, and grew up a Cubs fan. He will almost certainly be considered by the Cubs for the open GM job, and, if various media have their way, he’ll get it.

There have been too many Rick Hahn pieces over the past few days to cohesively (and usefully) put together a singe-body piece, so we’ll do this bullet-style to ease your consumption: